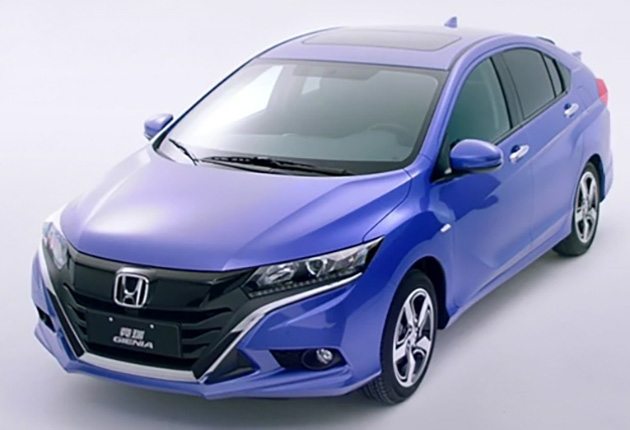 The Honda Gienia, a 5-door hatchback based on the City sedan has been revealed in China at the ongoing 2016 Chengdu Motor Show. The China specific model will go on sale in October 2016, and in case you’re wondering, it isn’t coming to India anytime soon. Previewed by the Honda Concept B that was introduced at Auto China 2014 in Beijing, the Gienia shares its platform with the Griez sedan, the Chinese equivalent of the fourth generation City.

Also read – Spied: Honda Gienia is a City sedan based hatchback for India;Nawt! 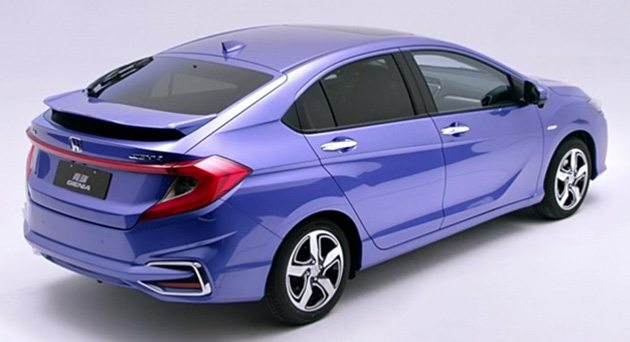 As for the design, the City, or in this case, the Griez had to sacrifice its boot to make way for a particularly raked rear window, a distinctive rear spoiler, and sharply styled LED tail lamps bridged by a reflective strip. To put in numbers, the Honda Gienia measures 4,517 mm long; which, incidentally makes it longer than the City sedan, 1,705 mm wide and 1,477 mm high. The Gienia has a wheelbase of 2,600 mm.

The Gienia’s interiors are still under wraps, and so are its specifications. However, reports suggest that the Gienia will be powered by a 131 hp strong, 1.5-litre naturally aspirated petrol engine which could be mated to either a 5-speed manual transmission or a CVT. The Honda Gienia will be manufactured and sold in China by Dongfeng-Honda, and is expected to be priced from around 90,000 yuan (approx. INR 9 lakhs) in China.