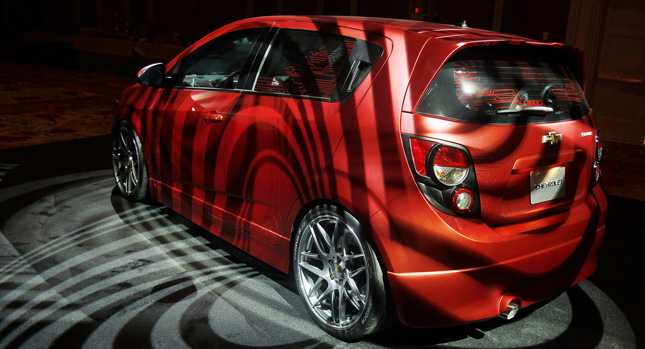 Many concept cars along with numerous Camaro project cars that have been presented at the new version of SEMA Show is not all that Chevrolet has to offer at Las Vegas. Chevy presented the Sonic Boom and as it can be guessed by its name, the Sonic Boom is all about..well.. sound. The subcompact model boasts of an audio system developed by the manufacturer and Kicker. The design and component placing of the ICE (In Car Equipment) package is said to be inspired by jet engines.

Chris Perry, vice president of global marketing and strategy for Chevrolet said, “This concept reflects the interests of a new generation of car enthusiasts who judge a car as much by the output of the sound system as the output of the engine,”

A high-flow exhaust, a lower coil-over suspension and a more efficient braking system are the performance upgrades that make it to the car.

This compact Chevy now with the mods looks hotter and more futuristic than the Beat and all set to attract young crowd to the nearby dealers. Bring it on Chevrolet and then, bring it to India. 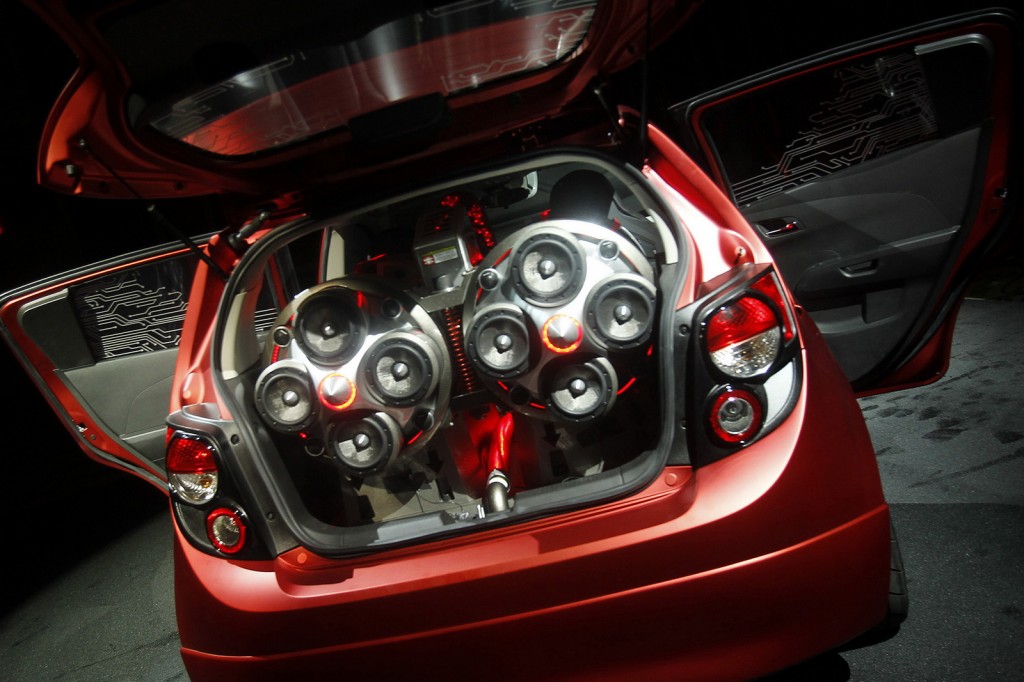