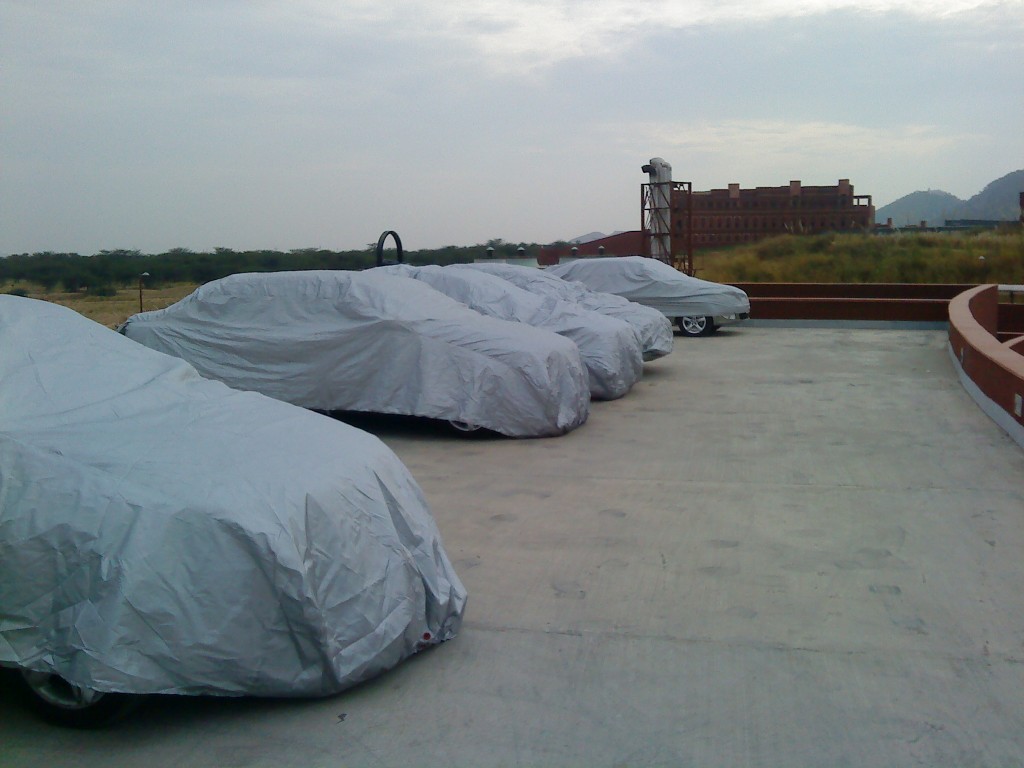 As I am killing time in the majestic pink city, looking forward to the media introduction to Skoda Rapid to happen tomorrow (4.11.11), here I am uploading a few images of the exterior of the car. These images were taken by me after finding a batch of Rapids parked nearby. Viewers are requested to pardon me for my poor skills at photography. Further, I took these without getting noticed and the average cellphone camera did not really help with the matter.

About half a dozen cars are parked right next to our Hotel and are waiting to be greeted by the media tomorrow morning.

Initially, instead of being called the Rapid, ‘Lauretta’ was zereoed in and to such an extent that Skoda had even got the Lauretta badges made.

Hare is a pic of the ‘uncovered’ car. ‘Lauretta’ does not really look like a derivative of Laura. Though, naming it so might have made many aspire to buy it, thinking of the car to be a mini Laura. 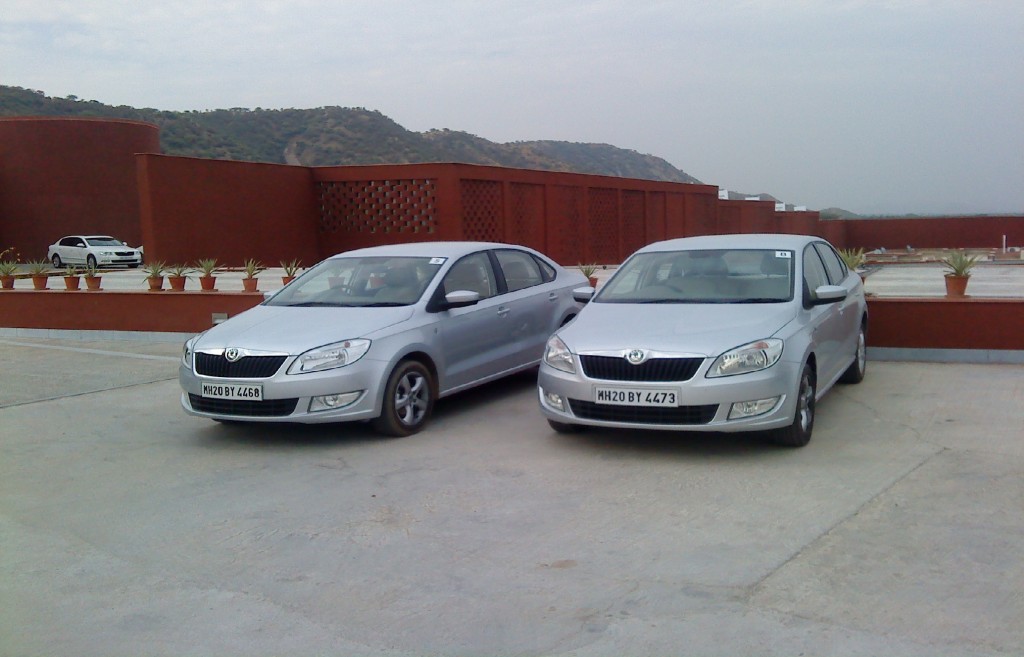 Design form of the Tail lamp units is very much like that on the Vento. But, typical Skoda ‘C’ motif treatment has been given to the lamps on the new sedan from Skoda. 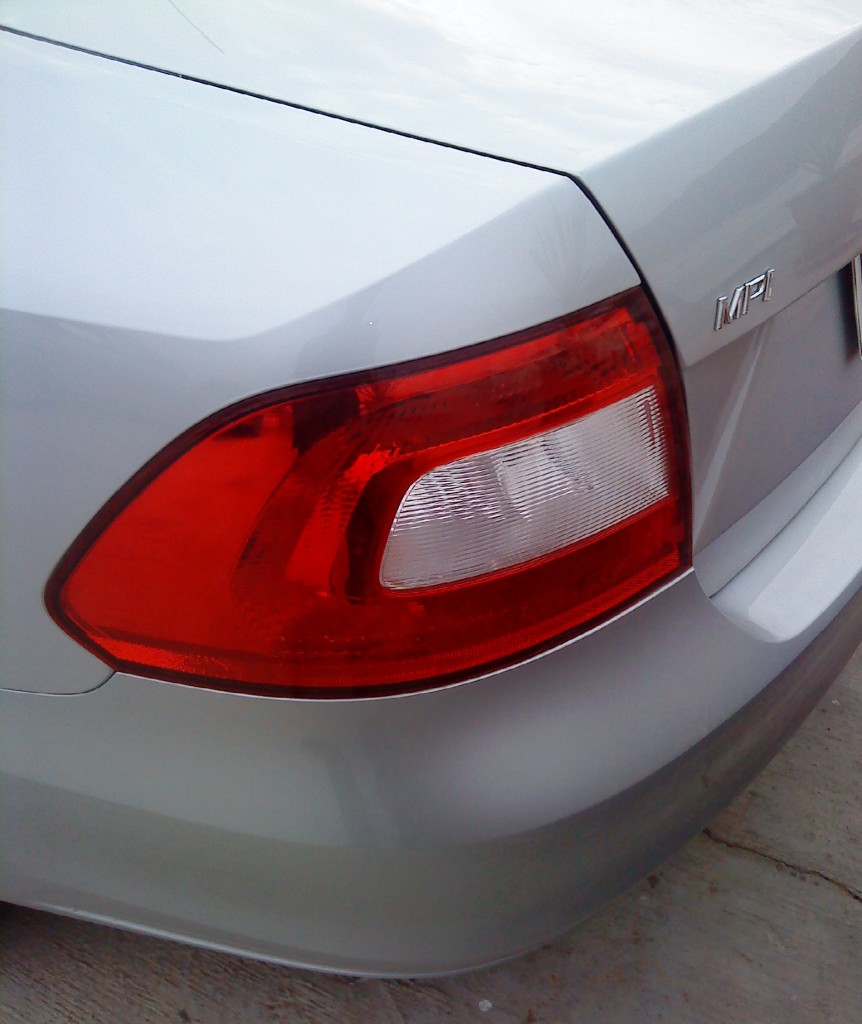 Rapid boasts of a new bonnet and side front fenders. (Still, it looks so much like a Fabia.) 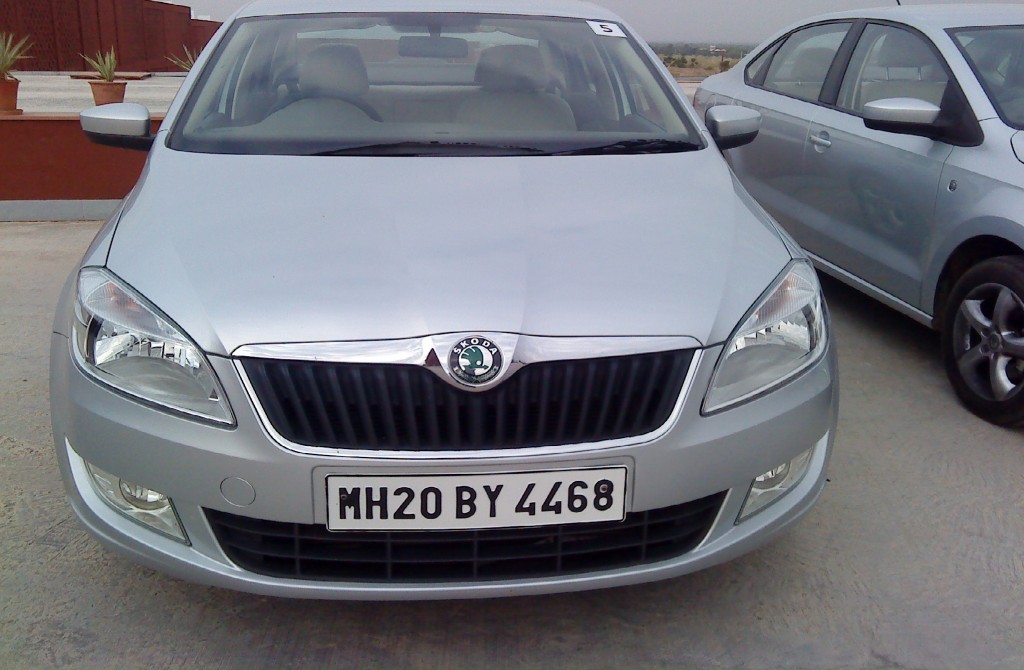 It is in the side profile that the car looks very European and also can be easily mistaken to be the sister concern’s Vento. 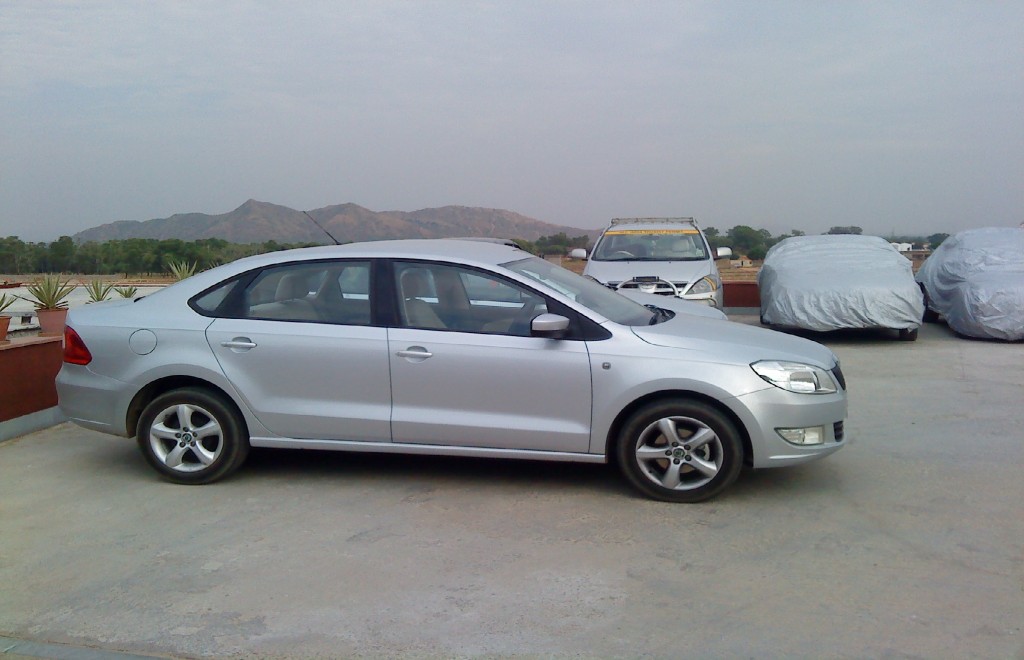 This little photo feature may be taken just as an appetizer and one can safely expect a full blown review to come up in a couple of days.

Will Vento’s sales be cannibalized by the Czech manufacturer’s offering? Does the Rapid has what it takes to dethrone the City from the top of popularity chart?