Ducati recently bid adieu to the legendary L-twin powered 1299 Panigale R with the launch of the Final Edition. The replacement motorcycle, Ducati’s new V4 Desmosedici Stradale powered superbike is just hours away from being unveiled (scheduled on September 7, 2017). But someone managed to snap and leak a photograph of the motorcycle before the official unveiling.

Listen to the bare vocals of the new Ducati V4 Superbike as it screams around a racetrack here. 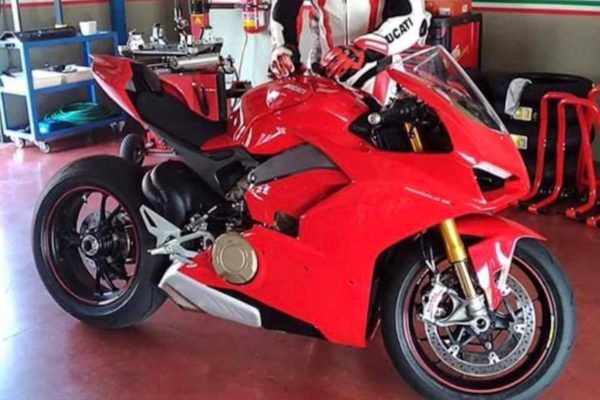 The new V4 engine powered superbike carries the unmistakable Ducati design. The Panigale 1299 replacement isn’t much different than the outgoing model although it does feature a slightly revised fairing design and larger headlight recesses. The chassis would undergo some modifications to accommodate the bigger motor. The new superbike, as seen in the photograph, will retain the underbelly exhaust. Hardware list also includes single-sided swingarm, Brembo brake calipers and Öhlins suspension.

Ducati, in an official release stated :

The sound of a new era is coming: Unveiling of the new V4 engine – DESMOSEDICI STRADALE. 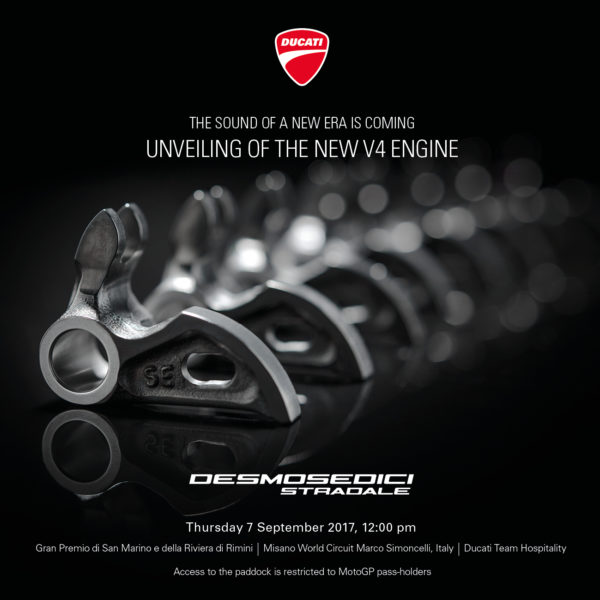 The motorcycle, as aforementioned, will debut on Thursday, September 7, 2017 at the Misano World Circuit Marco Simoncelli, Italy. We will bring you all the updates as and when they arrive. Stay tuned.