On display at the ongoing 2019 Frankfurt Motor Show, the BMW X6 Vantablack has already made waves across the World for being draped in the darkest ever paint job. Called Vantablack, this black hole of a paint job happens to be one of the darkest shade of black known to humankind. It absorbs more than 99% of the light that falls on it and a result of this light-absorbing pigment is a visual that tricks our eyes into believing that there is nothing behind those BMW laser lights and the illuminated kidney-shaped grille.

Originally created to be used on items we ship into space, the scientific name for this paint is called Vantablack VBX2. Developed by Surrey NanoSystems in 2014, the first generation of this paint was able to absorb 99.965 per cent of light, allowing optical components coated in it to block out random light from the sun and other stars so that we could capture better images of faint stars and distant galaxies. However, this particular BMW X6 is sprayed with the second-generation of this shade, which is not as dark as the former but still manages to trick the human eye. Millions of microscopic carbon nanotubes present in the paint trap the light rays that hit the painted surface and eventually converts them into heat. This phenomenon causes, whatever is coated with this paint, to appear two dimensional, with no perception of depth. 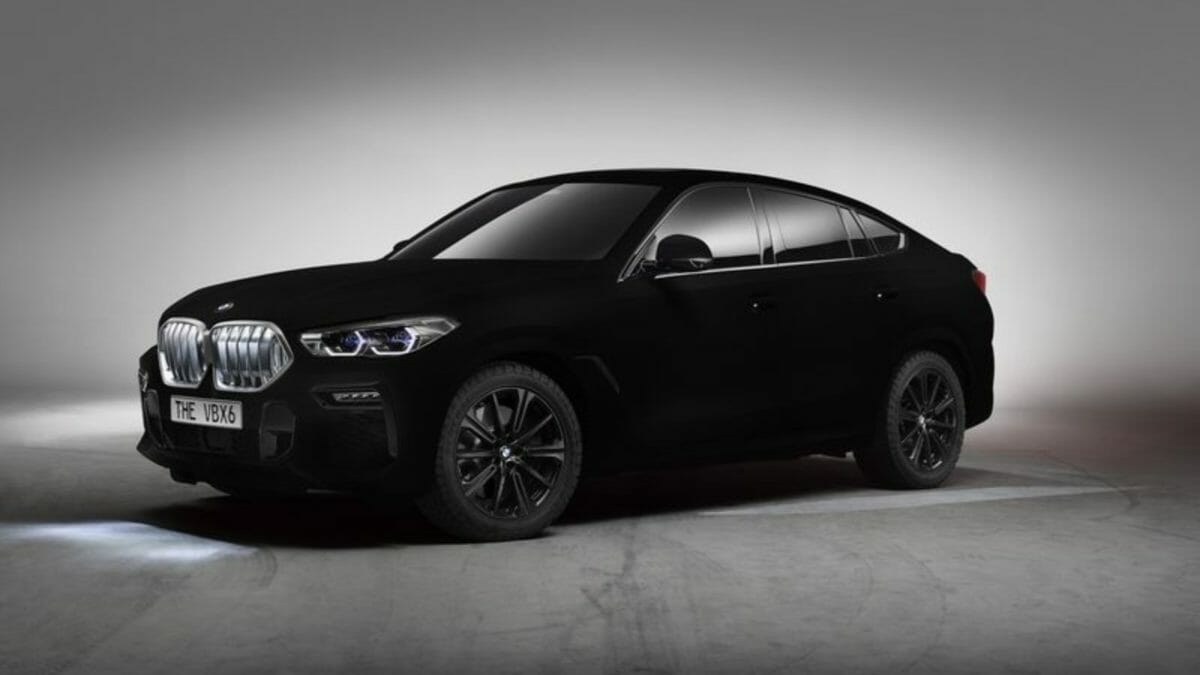 A one-off vehicle, the BMW X6 is the first and only vehicle in the world to feature a Vantablack VBx2 paint finish. The name Vantablack contains an acronym of the technology enabling this superior black in its first two syllables, which stand for Vertically Aligned Nano Tube Array, a matrix made out of carbon. Each of these carbon nanotubes has a length of 14 to 50 micrometres, with a diameter of 20 nanometres, making it around 5,000 times thinner than a human hair. As a result, around a billion of these vertically aligned carbon nanotubes fit into one square centimetre. Any light striking this surface is almost completely absorbed rather than reflected, and effectively converted into heat.