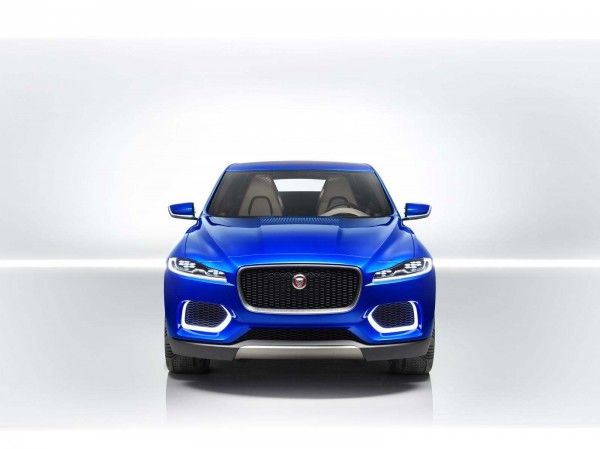 Seen here is a leaked image of the upcoming Jaguar C-X17 Concept SUV’s front end. The C-X17 Concept SUV will be showcased to media on September 9th would make its public debut at the fast approaching Frankfurt Motor Show.

As revealed by this image, the upcoming concept SUV will have an aggressive looking front fascia that is typical of a modern-day Jaguar. The headlights remind us of those on the Jaguar XF and the XJ. Ditto for the engine hood that has a raised central portion. Also, it seems like the C-X17 is as production ready as a concept car can possibly be.

To those who came in late, the Jaguar C-X17 is basically the concept that would preview the upcoming Jaguar SUV. Regulars here would know that the Jaguar SUV has been spotted testing on a couple of occasions and is slated to be revealed late next year. The C-X17 will also showcase Jaguar’s “highly advanced, modular aluminium architecture”. This is the same platform that would underpin both the upcoming Jaguar SUV and their BMW 3 Series rivaling sedan.

Jaguar says that the C-X17 concept “illustrates the diversity of vehicles that could be produced using this architecture”, and that it underpins the “innovative future of the Jaguar brand”. The production spec Jaguar SUV is likely to be named as the ‘Jaguar XQ’.

The XQ will be a coupe-crossover and we believe that it would have only limited off road-ing capabilities. The upcoming SUV is likely to share its platform with the upcoming entry level BMW 3 Series rivalling sedan from Jaguar. This sedan would go on sale along with the SUV.

The Jaguar XO SUV is expected to go on sale in early 2015/late-2014 and in all probability, India would become one of the first few countries to get this vehicle. The upcoming Jaguar XO would be seen rivalling the BMW X1, the Audi Q3 and the upcoming Mercedes MLA.