Home Hyundai Check out the Hyundai Grand i10 Brochure Images 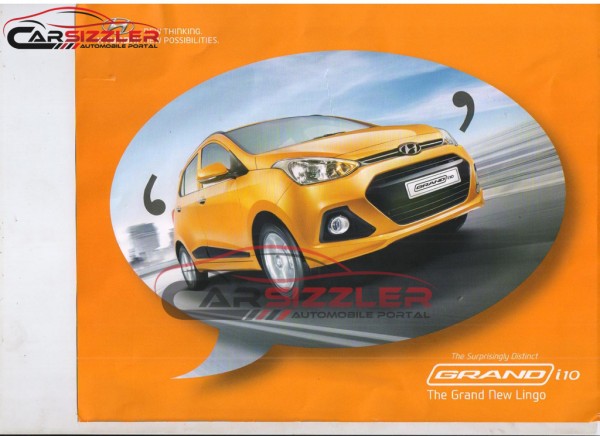 Enough has been discussed about the upcoming Hyundai Grand i10. The Grand i10, which will be launched on September 3, has been spotted testing on numerous occasions and now, leaked brochure scans of the Grand i10 have surfaced on the cyber space.

Several Hyundai dealers across the country have commenced unofficial bookings of the car. For instance, dealers in Delhi are taking a sum of INR 25,000- 40,000 to get the car booked. In Mumbai, some dealers are taking pre-orders against a sum of INR 50,000. It may be noted that official price list of the car hasn’t yet been revealed. 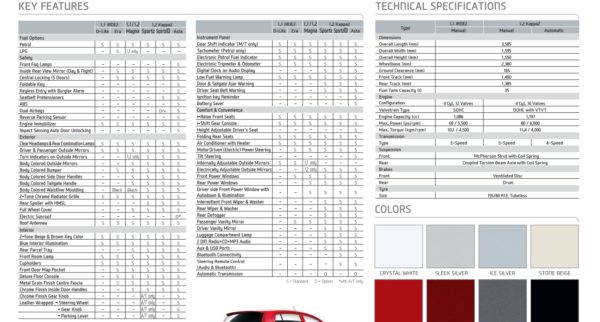 Visually, the Grand i10 benefits from the carmaker’s Fluidic design language and looks as contemporary as any other modern day Hyundai out there. The car’s exteriors borrow no design cues from the last gen i10 and yet, the design can easily be termed as evolutionary. Hyundai Grand i10 interiors would be as well groomed as the exteriors. The Grand i10 measures 3,765mm in length, 1,660mm in width, 1,520mm in height, and has a wheelbase of 2,425mm. 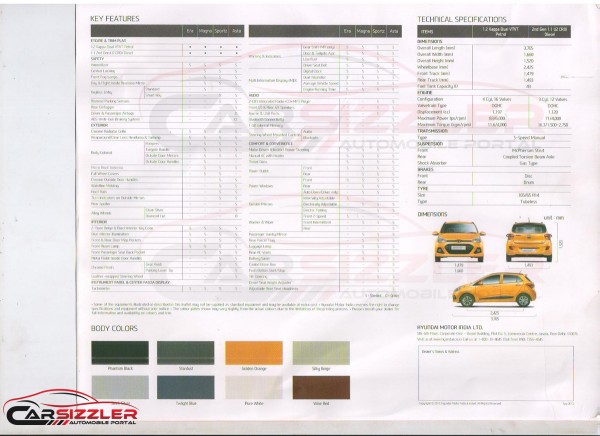 The Grand i10 would be positioned between the i10 and the i20 in Indian market. .