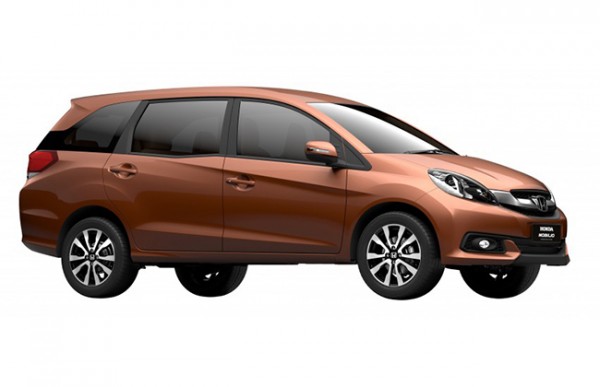 We reported in detail when Japanese auto giant Honda unveiled a prototype of the much discussed India bound Honda Mobilio MPV aka Brio MPV at the recently held IIMS 2013 and now, a video has surfaced which enables us to have a good look at some of the details of the upcoming car.

The new Honda Mobilio will be tailor made for emerging car markets, like that of Indonesia and India, and could come to us in mid-2014. The Mobilio is basically the MPV variant of the Brio hatchback and borrows a fair bit, including its platform, from the hatchback sibling.

With the launch of the Honda Mobilio, the Japanese car manufacturer would enter the budget end MPV segment that is currently flourishing in India and Indonesia.

The Honda Mobilio has a three row seat configuration and is a seven seater. Honda says that the Mobilio reflects the car maker’s “Man Maximum Machine Minimum” philosophy. It is being said that the Mobilio might turn out to be a tad more spacious than the Ertiga, the current leader of compact MPV segment.

Powering the Mobilio is a 116bhp, 1.5L i-VTEC, 4-cylinder gasoline engine that has been borrowed from the City sedan. For India though, expect the car to get the Amaze’s 1.5 litre iDTEC diesel engine when it comes to India.

products that meet the needs of our Indonesian customers.“

The Mobilio will go on sale in Indonesia for a starting price of 150 million Indonesian Rupiah (approx INR 8.40 lakhs).