Home Bugatti Check out this Bugatti Belt Buckle Which Costs $84,000 !

After bringing you the $100,000 Bugatti Hookah (Sheesha), we now bring you another Bugatti expensive product. 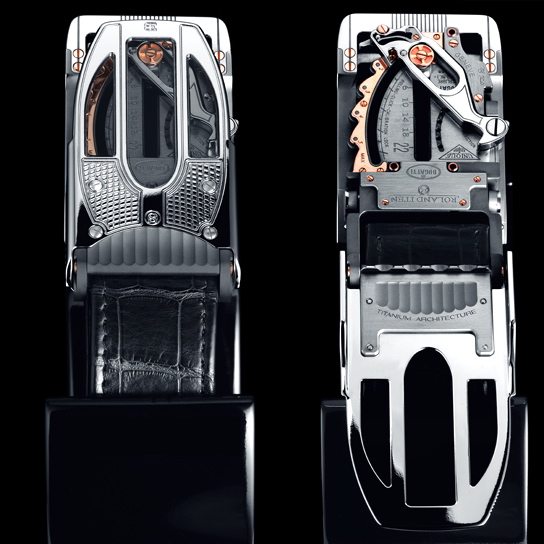 Designer Roland Iten made this buckle in his Geneva-based boutique. He used Swiss watch making equipment to craft these belt buckles which will be available in three different series with a total number of just 44. They buckle is mechanically adjustable to allow for a precise fit. 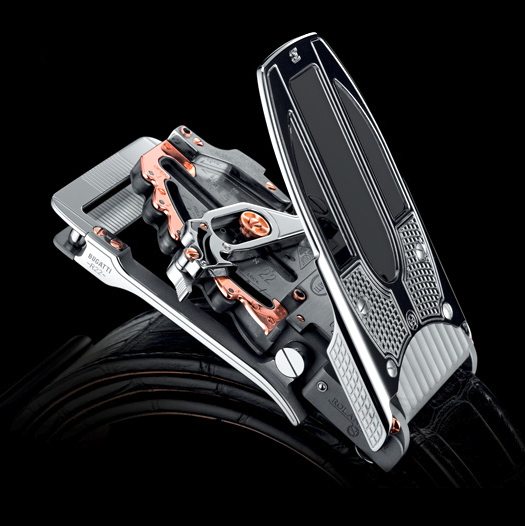 11 buckles were made for the first series which was in white gold, the second series was in rose gold and the third version is still yet to be materialized.

According to Roland Iten, the Bugatti belt buckle is an object of precision engineering much like a Bugatti engine. He has even made it with 100 hand crafted components consisting of solid gold, stainless steel and titanium. Smoked sapphire crystals on the front allow you to see the exposed mechanics.