Regulars here would remember that we reported in detail when German luxury car maker Mercedes unveiled the interiors of the upcoming V-Class van. Now, a couple of spy pics of the upcoming Merc have surfaced on the cyber space and reveal some details of the exterior design of the upcoming 2015 Mercedes V Class. 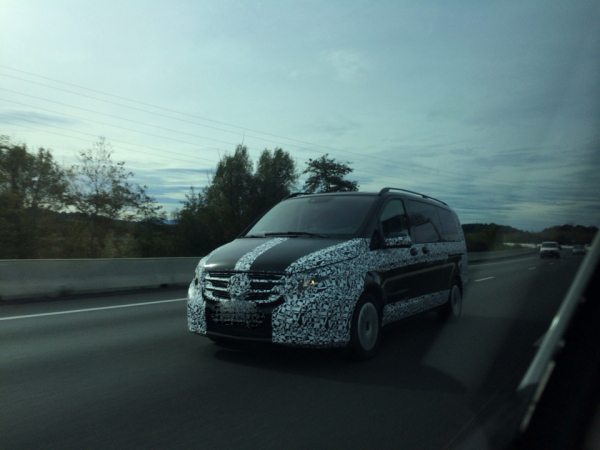 The all new V Class from the German carmaker is scheduled to be released sometime next year. The V in V class denotes the Van family from Mercedes-Benz and the upcoming model has good chances of becoming much more successful than the now defunct R Class.

Codenamed as W447, this new model will bring back the V-Class family name, which was replaced a decade ago by Mercedes-Benz. According to several reports, business owners can buy a more upscale version of the V-class which will be available with the Vito moniker. 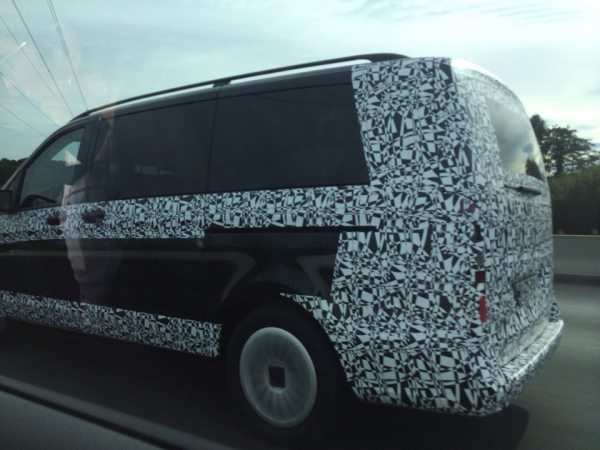 The upcoming V Class has a RWD platform and could get an optional all wheel drive. The V Class, in line with all the new age Mercs, will score highly on the styling front and will be launched with a set of four and six cylinder engines. Among other features, the car could come with a large moonroof and a flexible seating layout.

The V Class is expected to be unveiled at the 2014 Geneva Motor Show in March next year. Deliveries are expected short after the release. Prices for the upcoming 2015 Mercedes V-Class could start at 34,000 euros (approx INR 28 lakhs).

Stay tuned to Motoroids for more dope on the upcoming Mercedes-Benz V Class.