After the autonomous driving A7 which drove from California to Las Vegas for the CES 2015, Audi has now teased a new technology in this video. 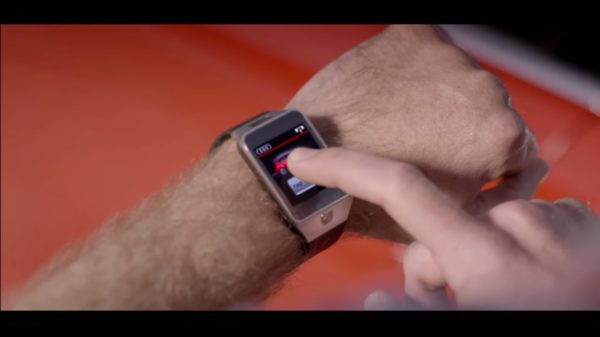 In the video, an A3 e-tron owner comes home and notices his neighbor teaching his dogs some tricks. This happens the next day too. So finally the A3 owner decides to show off some tricks of his own. He then instructs his own dog to sit in the driving seat of the car and pushes a button on his smartwatch on which the car pilots itslef safely into his garage.

Shortly after this occurs, the vehicle is paired to a wireless recharging system and the owner is notified by a smartphone app.