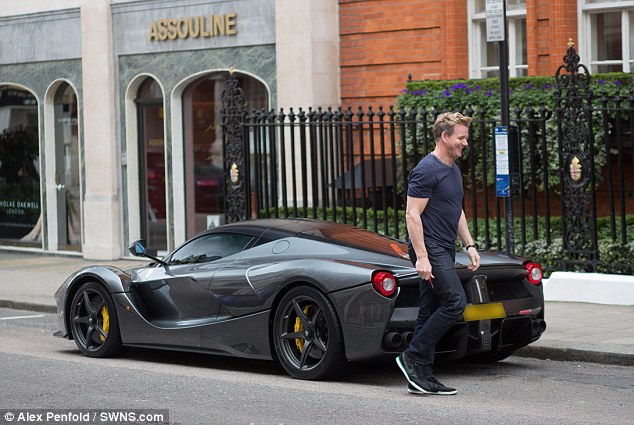 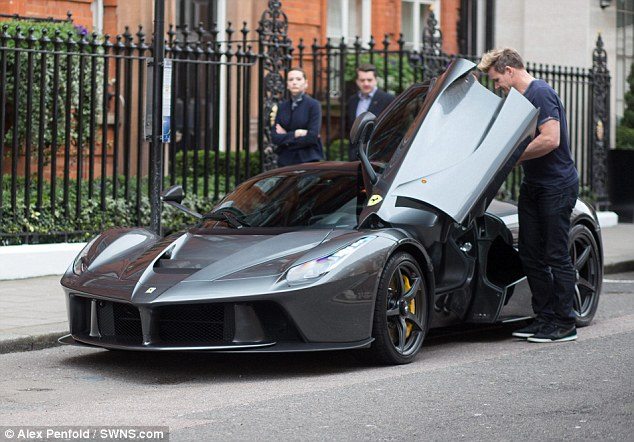 When he’s not fixing culinary delights, be it on screen or off it, celebrity chef and restaurateur Gordon Ramsay indulges in Italian machinery of the automotive kind. Ever since he found fame as a celebrity chef, Gordon Ramsay has owned over 15 Ferraris. It hardly comes as a surprise then, that the 48-year old, Scottish-born Brit recently picked up a brand new LaFerrari for himself. 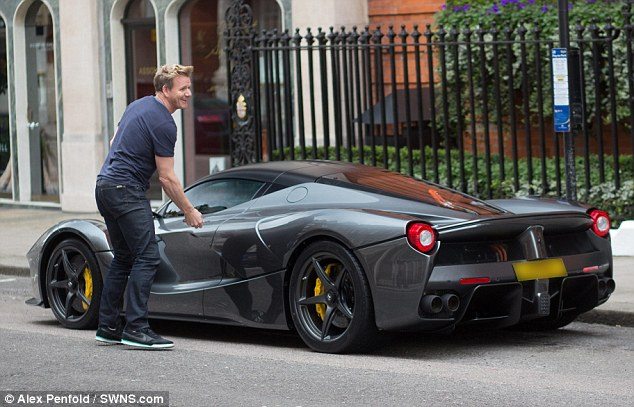 Gordon’s LaFerrari, tastefully finished in Grigio Silverstone, follows his last Ferrari, a 550 Maranello that was gifted to him by wife Tana Ramsay when he achieved the 3 star Michelin award. Gordon is believed to have collected his LaFerrari from the HR Owen dealership in South Kensington, London. Believed to cost him over £1million, the LaFerrari has also been personalized, with his famous phrase ‘DONE!’ emblazoned on the steering wheel (below). 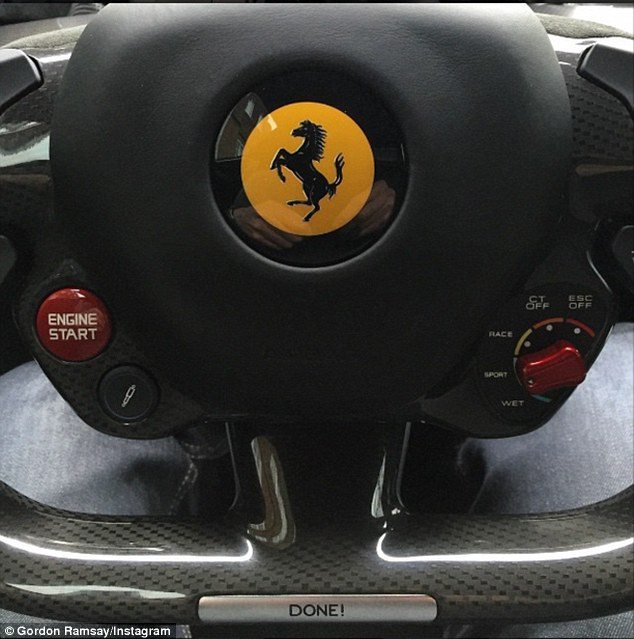 The LaFerrari is Maranello’s most potent machine till date. With over 960 bhp from its electrically assisted, 6.3-litre, naturally aspirated V12 engine, the hallowed hyper-car sprints to 100 km/h from a standstill in less than 3 seconds, while 124mph arrives in less than 7 seconds. Top speed is an electronically-limited 218mph. No wonder then, Gordon wrote, “Holy mackerel, it’s fast!”, when he boasted of his prized possession on Instagram.