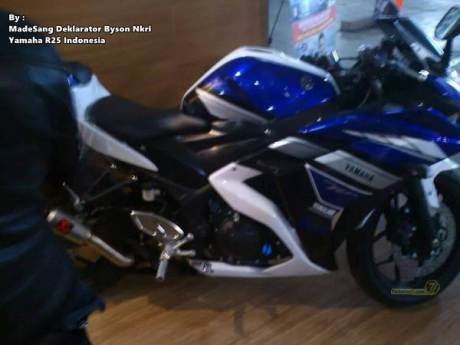 The Yamaha R25 Special Edition has been made possible by Candra Custom Knalpot, a customisation and performance tuning specialist from Indonesia. The Blue-and-White paint combo does drive up the oomph of an already gorgeous-looking bike by a few notches. Not only just in the looks department, but the performance department too sees an upgrade. The tuners have bolted on the track-worthy Akrapovic exhaust system that was originally found on the Concept stage of the R25.

Needless to say, this will lend a lot more peppiness to the Yamaha R25 Special Edition over the regular models. 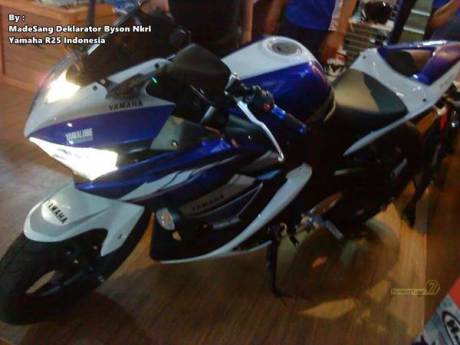 Ofcourse, the Yamaha R25 Special Edition will carry a premium on its head over the regular model. However, we do not have any idea about the specific amount at the present moment. We are also not aware of the time window when this Yamaha R25 Special Edition will make itself available to the general public, if even at all. Yamaha has already been overwhelmed by the response that the quarter-litre R25 garnered in Indonesia. It forced them to halt bookings of the bike, and suspend any plans of export of the bike to other markets. 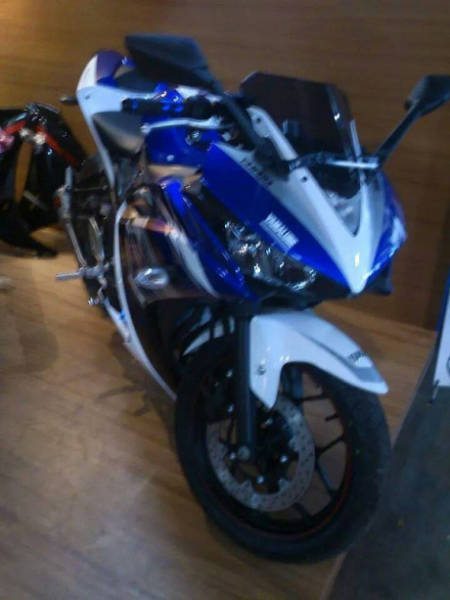 The Yamaha R25 is definitely one of the most formidable options in its segment. It is pushed forward by a quarter-litre, parallel-twin DOHC engine, which generates a peak power of 36 PS at 12,000 rpm and 22 Nm of peak torque at a more usable 10,000 rpm. The powerplant delivers power to the rear wheel via a six-speed tranny and a chain drive. The Yamaha R25 Special Edition will, no doubt, possess better figures.

The MotoGP livery of Yamaha is an eye-catching style statement. Should Yamaha keep the paint scheme restricted to its elite bikes that battle it out at the pinnacle of MotorSports? Or do you feel it is a good move to go ahead and introduce it on their smaller bikes?