Engine oil manufacturer, Castrol, introduced a solution to an everyday city driving problem – Castrol Magnatec Start-Stop – a new engine oil which protects cars from engine wear caused by stop-start city driving. The oil is the result of development by scientists and engineers at Castrol’s many technology centres around the globe.

Intelligent molecules in Castrol Magnatec Start-Stop cling to critical engine parts and form a self-healing layer of protection. Even if molecules are removed in the process of fighting wear, others rush in to restore the protective layer. Critical engine components are protected at each stage of stop-start driving, from the very first start, to the very last stop, and every stop-start in between. 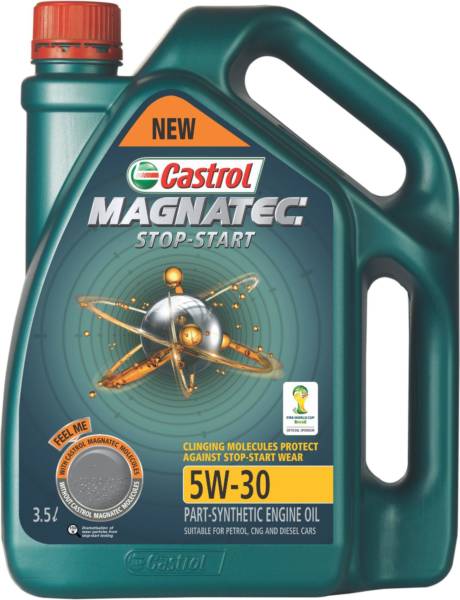 Expressing her views on the new Castrol Magnatec Start-Stop engine oil, Soma Ghosh, Vice President-Marketing, Castrol India, said: “Not many people know that stop-start driving can result in additional engine wear. At Castrol, we have spent thousands of hours in the laboratory and in partnership with one of the world’s greatest universities, developing an engine oil that specifically protects engine parts against the wear of stop-start driving.”

Would you try the new Castrol Magnatec Start-Stop engine oil? Share your thoughts through comments below.