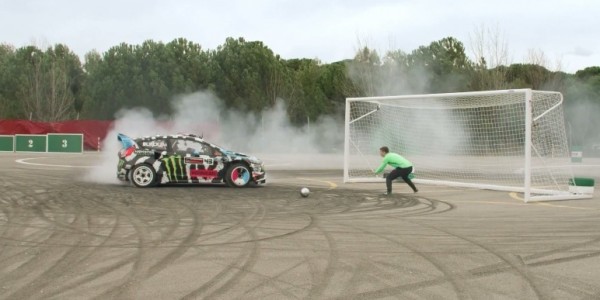 Castrol, the official sponsor of 2014 FIFA World Cup – one of the biggest global sporting events, is taking the excitement preceding the extravaganza to fever pitch in great style. The global lube giant has brought together two superstars from the world of motorsport and football to create a one-of-a-kind head-to-head spectacle. Labeled Castrol Footkhana, the experiment sees Ken Block, the global rally icon and the man behind the super-hit Gymkhana series take on Brazilian Football star Neymar Jr. in a unique contest.

We won’t reveal the contents of the video here, but here’s an overview. Castrol Footkhana witnesses the rally driver and the Brazilian football sensation push their skills to the next level to surpass each other. In a series of interesting events that unfold in the video, you’ll see Neymar Jr and his team of world champion freestyle footballers take on Ken Block and his rally car. Brace yourself for some hitherto unseen action in this spectacular video. 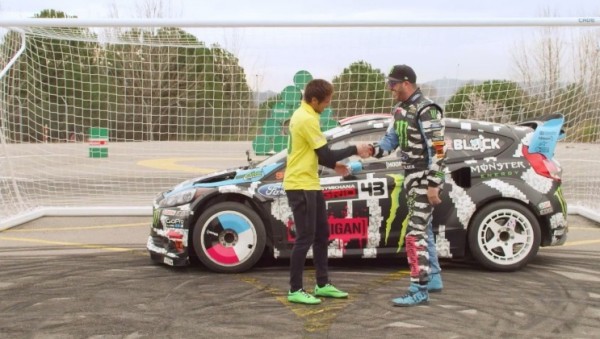 Before you play the clip, here is what the two superstars have to say about their roles in the contest

Neymar Jr : I can’t wait for football fans to see our freestyle tricks in action as we go head-to-head against Ken and his car. I hope my fans will join my team for the premiere!

Ken Block: I know my fans are going to enjoy this Footkhana film since it’s a spin on my Gymkhana series that’s now integrating some of the best football players in the world, which is why they should register online now for the premiere to be some of the first people to see it globally.

Check out the Castrol FootKhana Video below