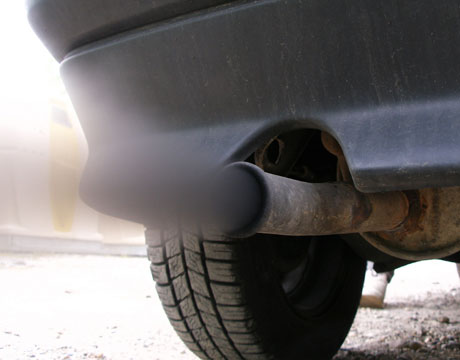 This development is sure to put a smile on every petrolhead’s face. It has emerged that car exhaust fumes in small amounts can be a potential cure for various heart diseases. The claim comes from a few UK based scientists who have been experimenting on pig hearts. Chemists at University of Highlands and Islands (UHI) are using carbon monoxide and nitric oxide in order to widen blood vessels and prevent blood clots.

Professor Ian Megson, the team leader of this group of scientists, says that introducing the toxic chemicals, which are found in car exhausts, in small quantities to the heart blocks the body’s ability to clot and relaxes arteries to allow more blood to pass flow. The treatment devised using the findings of these experiments is hoped to benefit patients suffering from heart attacks and strokes.

“We are using chemical amounts one million times smaller than that released in car exhaust fumes, so very tiny quantities, which when delivered to a specific area can have a beneficial impact on the patient,” Megson was quoted as saying. “It is at a very early stage in development but has huge potential. There are a lot of heart patients out there who could benefit from this,” he added.

A group of scientists at St Andrews will initiate the development by coming up with a pocket filled molecules called `metal-organic frameworks`. The frameworks will consist of carbon monoxide, nitric oxide and hydrogen sulphide particles.