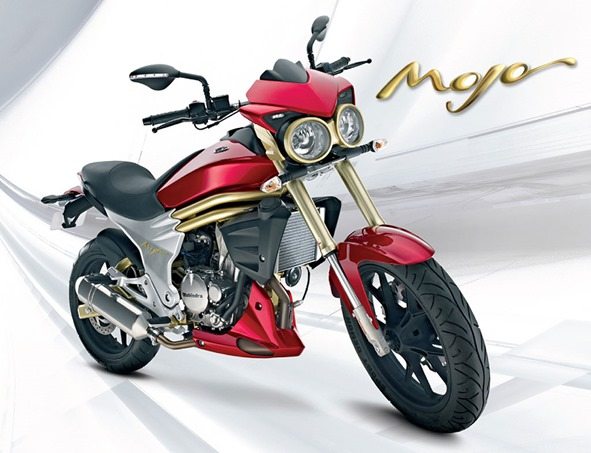 The Mahindra Mojo 300 launch has been postponed again! While Mahindra earlier announced that the highly anticipated bike would be launched before the end of 2013, a senior Mahindra executive has now said that the 300cc performance bike will be unveiled during the 2014 Indian Auto Expo, in February next year.

Speaking to Economic Times, Mahindra & Mahindra Ltd President (Two wheeler sector) and member of the Group Executive Board Anoop Mathur said,”…..we are moving in the right direction and indeed you will start seeing some of them in the next few months itself; ….a completely redefined style line Mojo, 300cc bike will be released during the Delhi auto expo in February 2014.”

The latest news comes across as nothing short of disappointing to various bike aficionados, who have been waiting to put their money on a home-grown performance motorcycle from a renowned Indian auto group.

Mahindra Two Wheelers unveiled the Mahindra Mojo 300 performance bike way back in 2010 and the Mojo is definitely putting our patience limits to test. Earlier this year, it emerged that the delay in the launch is being caused by the fact that unlike what was planned earlier, the bike maker would not outsource the Mojo’s engine  and has been busy with developing a motor for the Mojo from grounds-up.

Also, it later emerged that the Mojo 300 would come with an all new styling when it is launched in the next few months. This, we feel, is a good thing, especially if you consider that the prototype’s styling has been borrowed from the Malaguti MR250, which comes across as uninspiring and a tad ordinary in this day and age.

The Mojo 300 would be a direct rival to the KTM Duke 390, the much loved Honda CBR250R and the Hyosung GT250R. Powering the Mojo 300 could be a fuel injected, 300cc (approx), single cylinder-four stroke engine with a 4 valve DOHC head. The engine would  be mated to a six speed ‘box and is expected to have a max power output of around 33PS.

We really can’t wait to put the Mahindra Mojo through our strict testing regimes. Also, we feel that it would be interesting to see how well the Mojo would fare in the fast heating up Indian performance bike segment.

Stay tuned to Motoroids for more dope on the  Mahindra Mojo 300 Launch.