Home Interesting / Off-beat Bumblebee’s back for Transformers: The Last Knight as 2016 Chevrolet Camaro 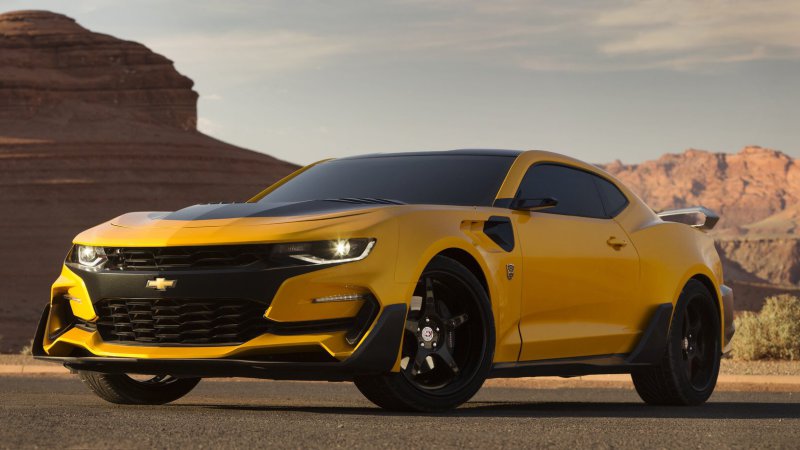 Michael Bay recently tweeted this image of the all-new Bumblebee that’ll appear in the fifth iteration of the popular Transformers franchise, to be called Transformers: The Last Knight. The movie’s due for a June 2017 release, and will be the final Transformers film directed by Michael Bay. It will star Mark Wahlberg alongside Josh Duhamel and Isabela Moner, who’ll play the film’s female lead, apart from of course, the new Bumblebee.

Bee is back! @generalmotors really got it done with this custom-built 2016 Camaro. #transformers pic.twitter.com/t8NkOQlqc5

The new ‘bee will be based on the new 2016 Chevrolet Camaro, and has been custom made by General Motors themselves. As compared to the standard Camaro, the new Bumblebee features a completely redesigned front fascia with a bigger grille, sharp bumper extensions and a new front splitter. New grilles on the fenders, blacked out wheels and some more action around the side sills round things off.

With 455 hp from its 6.2-liter LT1 V8 engine, the 2016 Chevrolet Camaro, in its most potent SS guise, can accelerate from 0-100 kph in just 4 seconds. As much as we love Bumblebee, the latest one, according to us, comes off a bit lacking in appeal. What do you guys think? Voice your opinion in the comments section below.