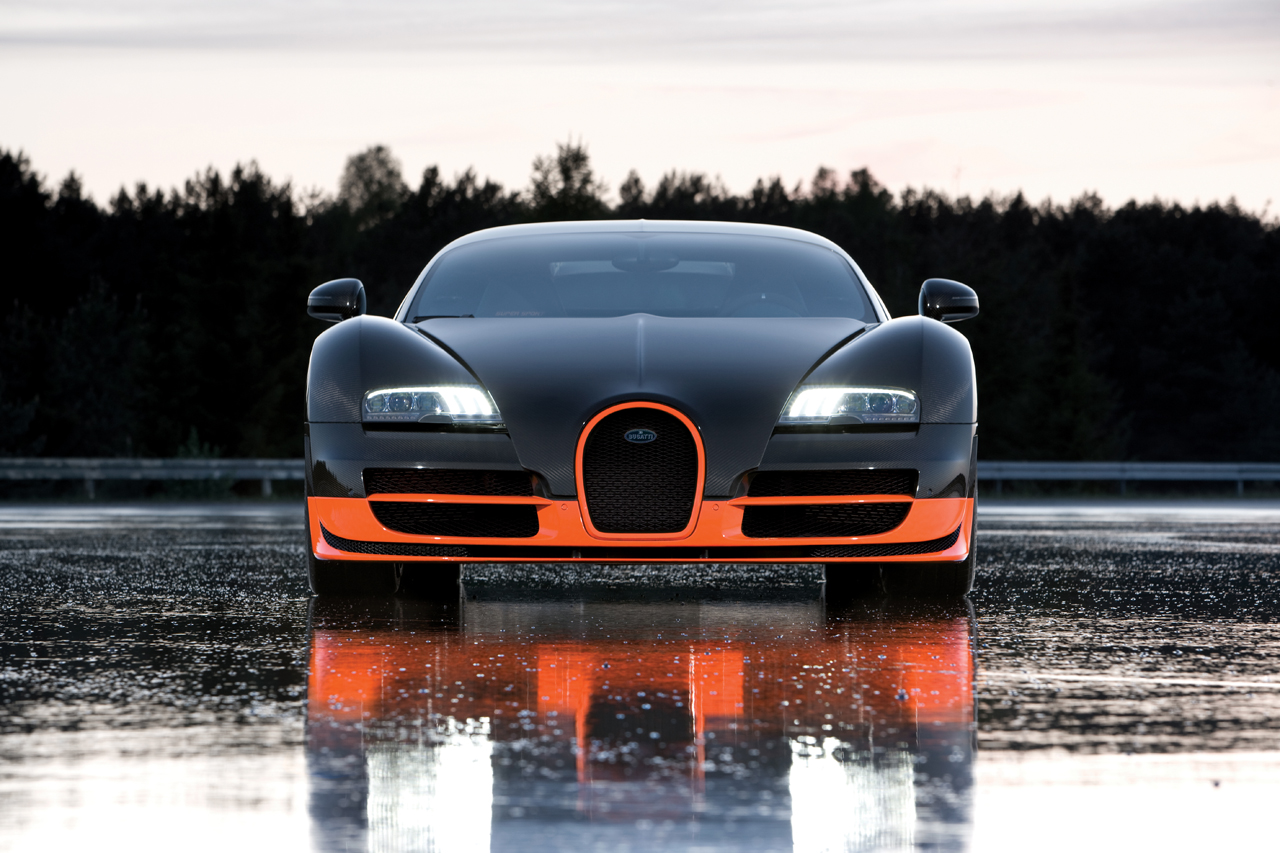 The final 40 cars in the Bugatti Veyron’s limited 300 unit production are the production models of the stunning 1200hp Veyron SS (Super Sport). A few weeks back the car made a memorable debut by claiming the title of being the world’s fastest production car when the team of test drivers at Bugatti made a record top speed run of 267.81 mph / 429 km/h! However, there is a reason why we said ‘production version’ in the first line of this news piece.

The blokes at Autoblog got talking with the top honchos at Bugatti during the Classic Car Week in Monterey. Their talked revealed that the Veyron Super Sport that you may buy (ahem!) might not be able to do the same speed that James May or the Bugatti test drives achieved for the record run! Why you ask? Well, Bugatti has disclosed that the production model of the Veyron SS will be limited to a top speed of 257 mph / 413 km/h – 10 mph / 16 km/h slower than what the test drivers achieved. While Autoblog couldn’t get Bugatti to tell them the reason behind this restriction, they believe that its the street legal tyres that might be the reason for the restriction. We feel the restriction might be a safety feature. Once you know that your car cannot do the same speed that the record run achieved, you might not push the car all that much to prove who’s got the bigger you-know-what, thus reducing the chances of an accident – like the Veyron that ended up in a pond after using the pedal a little to hard!