While all the other 650cc motorcycles from Kawasaki had already received the BS6 treatment, the Vulcan S, a middleweight cruiser from the Japanese bikemaker was missing from the list. Up until now, because Kawasaki has officially launched the BS6 compliant Vulcan S in India at INR 5.79 lakh (ex-showroom, Delhi). Compared to the BS4 model, the Vulcan S BS6 is now INR 30,000 costlier. The BS6 cruiser motorcycle is offered in an all-new dual-tone paint scheme called the Metallic Flat Raw Graystone. It will be the only colour the motorcycle will be retailed in.

Customers can book the new Vulcan S at the authorized dealership of IKM or by filling the booking enquiry on the official Kawasaki India website. There are no changes in the mechanical or the features bit on the 2020 Vulcan S as compared to the launch model. 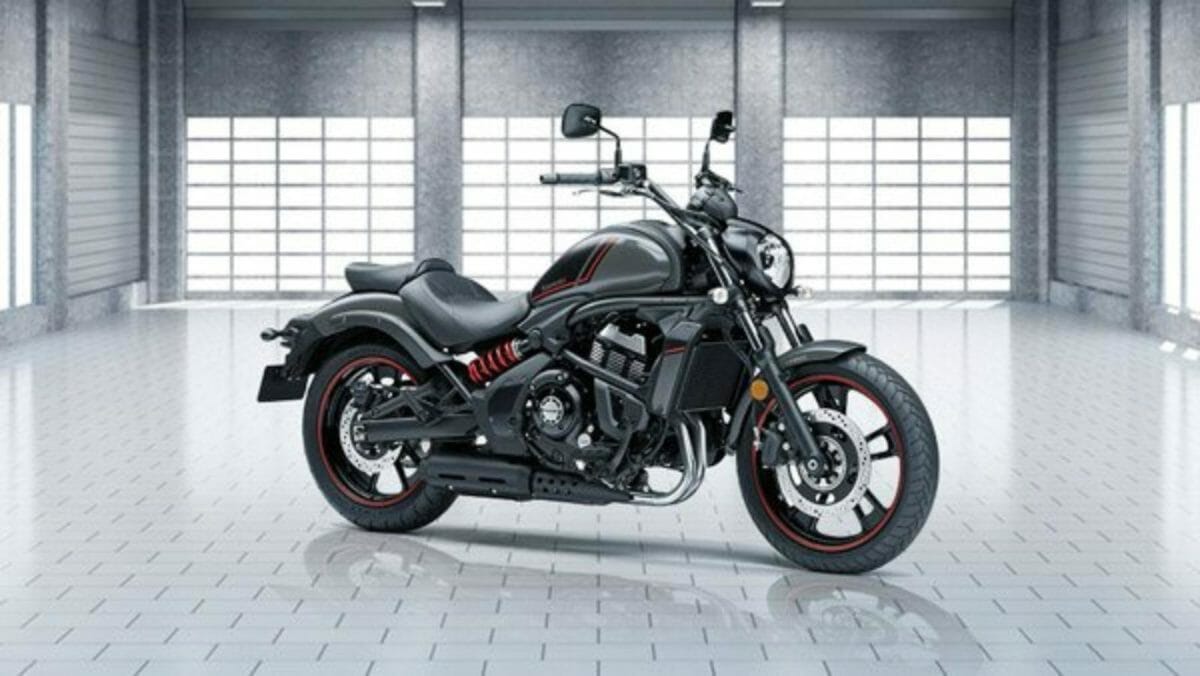 The Vulcan S is Kawasaki’s first and only cruiser offering in the country and is powered by a liquid-cooled, 4-stroke parallel twin 649cc motor that puts out 61PS at 7,500rpm and generates 62.4 Nm at 6,600rpm. While the power figures are the same, peak torque output has dropped from 63 nm. The motorcycle continues to weigh 235 kg which is the same as before and the fuel tank capacity also stays the same at 14 litres. The seat height of the motorcycle is a low 705 mm. Unlike the Z650 and the Ninja 650, the Vulcan S remains unchanged in terms of design and features apart from the new colour scheme. Both its siblings received a new instrument console with Bluetooth technology. 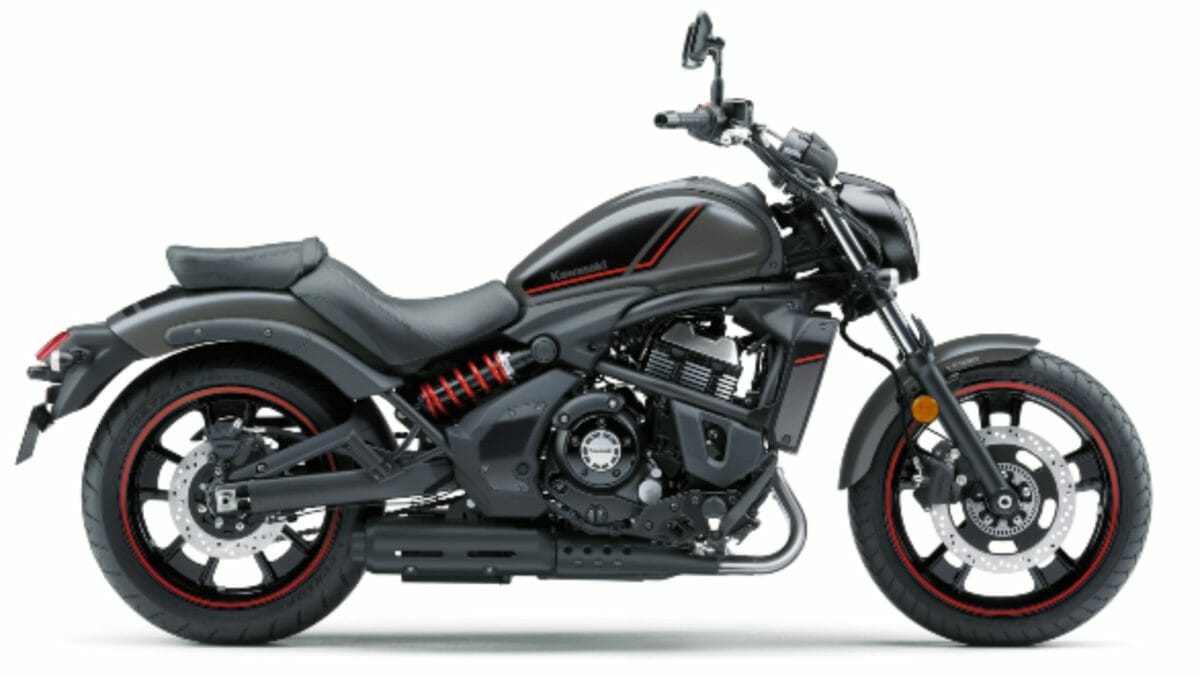 The Vulcan S features an adjustable ride height of 27.8-inch along with 3-way adjustable footpegs and adjustable brake and clutch levers. Even the handlebar can be adjusted for reach and can be moved an inch closer if desired. Stopping power is provided by a 300mm front disc, controlled by a two-piston caliper, while the rear wheel gets a 250mm disc along with a single-piston caliper. Suspension duties are performed by an offset laydown single-shock at the rear with a linkage arrangement enabling a longer stroke for increased ride comfort. The rear suspension also sports adjustable preload, with 7 positions to suit rider size and payload, while the front uses a conventional, telescopic setup. 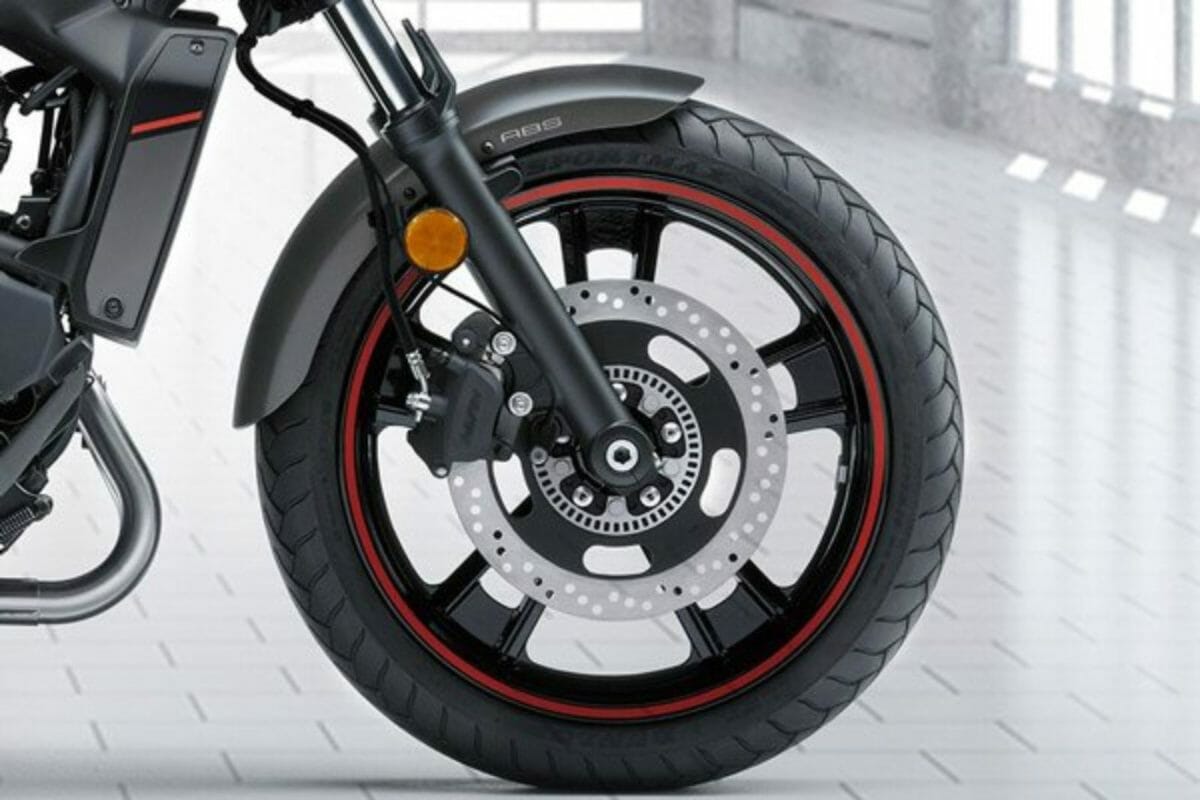 Styling features include the teardrop-shaped, 3.7-gallon fuel tank, inverted triangular headlight and black mirrors to match the black frame and the distinctive large-volume exhaust muffler. At the back, the LED rear light is incorporated into the rear fender, which is supported by the separate rear sub-frame. The bikes ride on five-spoke design with twin spokes, measuring 18” at the front, and a 17” rear.

Kawasaki recently launched the BS6 compliant Versys 650 in India. The Kawasaki Versys 650 is a hit among motorcyclists who want a decent middleweight ADV-tourer motorcycle that doesn’t burn a hole in the pocket. It is commendable how the Japanese bikemaker has utilized the 650cc platform to spawn different motorcycles catering to the demands of different riders. Versys 650 is available at an ex-showroom price of INR 679,000/-. It asks for a slightly premium price tag as compared to its BS4 counterpart. Apart from the updated engine, it hasn’t received any substantial change.