When the BMW G310 twins were first introduced here, the twins were the latecomers to the party where all the other affordable performance motorcycles were already grooving to the beats. And the same scenario is being replicated now as well because almost all the other motorcycles in this segment are already BS6 compliant. The updated versions of the twins have been spotted testing on Indian roads and in some instances, European roads on multiple occasions. And now, BMW Motorrad India has made it official that the BS6 compliant G310 twins will soon arrive in India.

BMW Motorrad India will commence the bookings for the BSVI iterations of its entry-level motorcycles, the G 310 R and the G 310 GS on September 1. The company recently made the announcement on its social media handles. 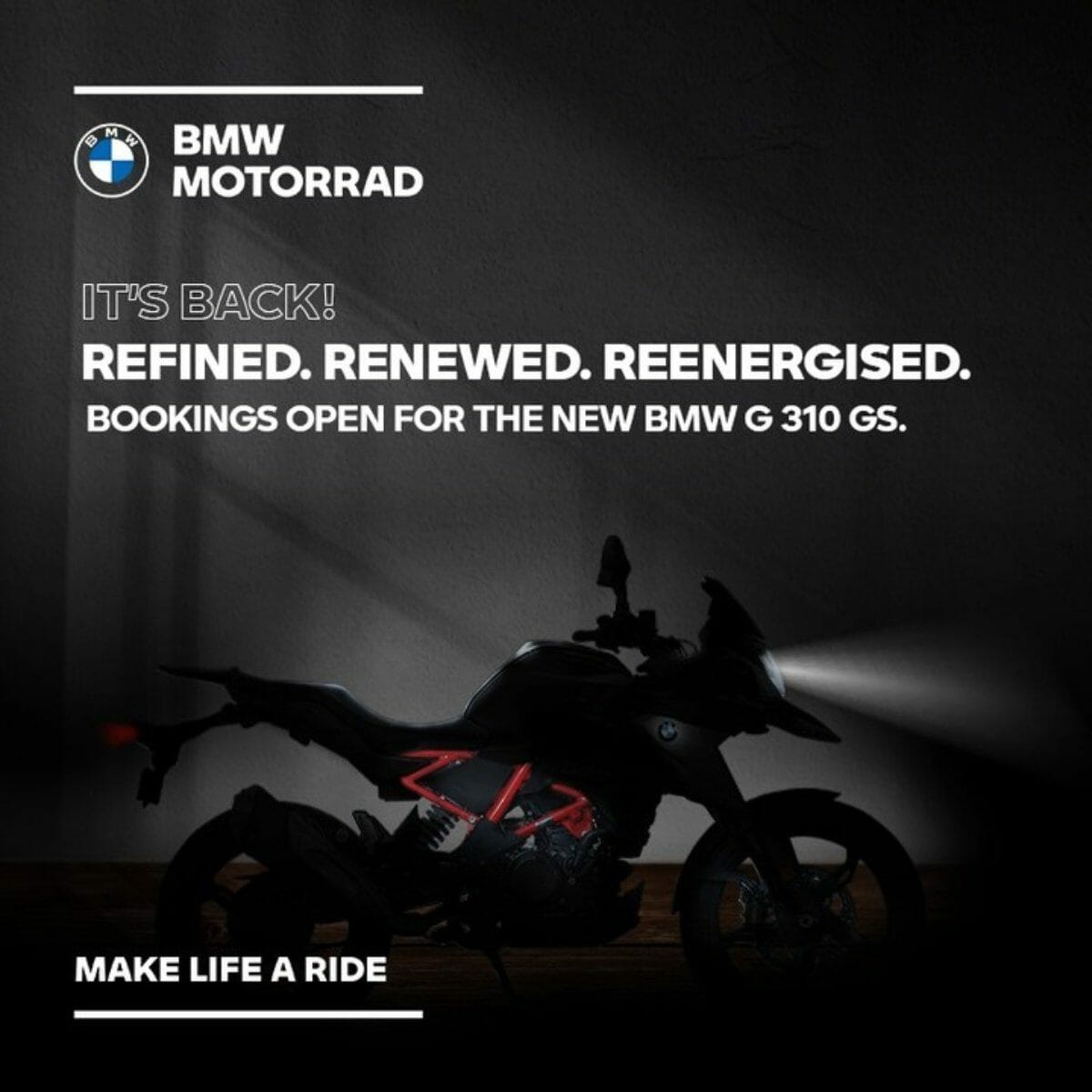 The teaser images reveal a new LED headlamp and cosmetic upgrades to the motorcycles. The other big change will be a BS6/Euro5 compliant engine. For the uninitiated, the G310 twins are locally assembled at TVS’ Hosur manufacturing facility and share its powertrains and platform with the Indian manufacturer’s flagship Apache RR310. The 2020 BS6 BMW G310 twin spy images revealed a redesigned headlamp unit and a revised digital instrument console as well. The overall shape of the headlamp unit will remain the same, but the cluster will sport a new design for a sharper look. The side panels could be new as well and relay a sense of sportiness to the bike, compared to the current version that looks all sobered up. 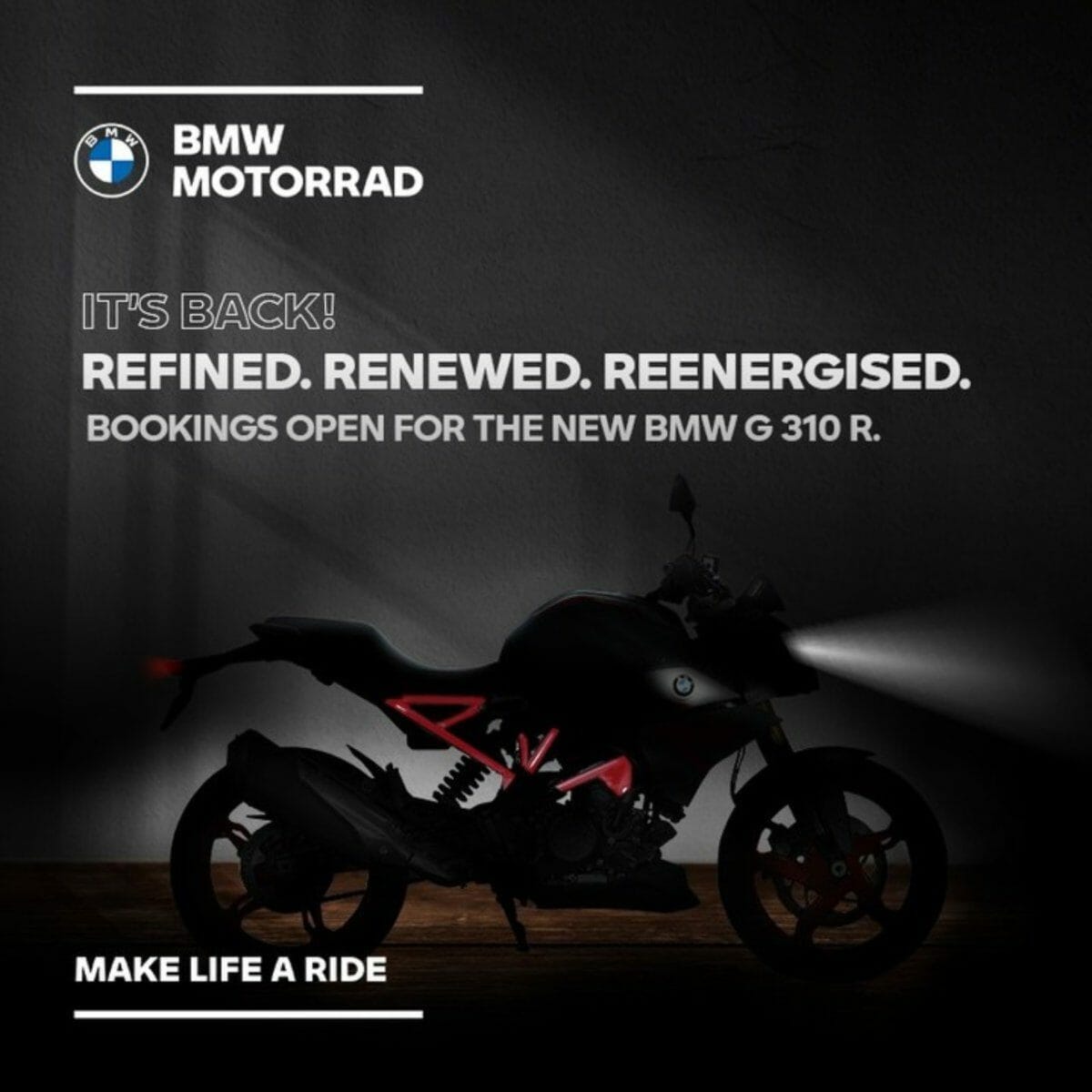 While it wasn’t very clear in the spy pictures, it seemed that the body panels of the eco-friendlier G 310 GS had been tweaked for a sportier look. Also, the beak of the ADV appeared to be narrower than that of the BS4 model. The forthcoming BMW G 310 GS would also feature a set of new LED indicators along with a slightly reworked exhaust. 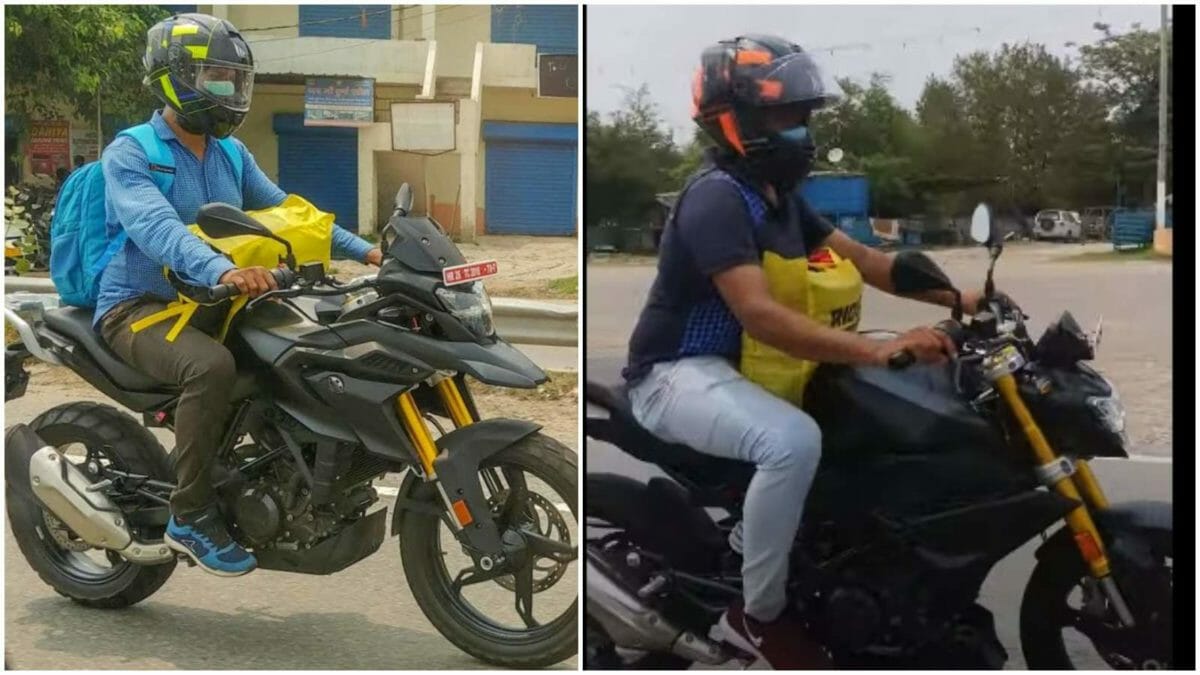 Both the BMW G 310 twins are powered by a 313 cc single-cylinder, liquid-cooled engine which produced output figures of 34 PS and 28 Nm in its BS4 form. The updated bikes will use a BS6 version of the same mill. The power and torque outputs are likely to be more or less the same. It will be paired to a 6-speed manual gearbox. Like the RR 310, BMW’s bikes could also feature riding modes, a slipper clutch and ride-by-wire.

In their BS4 form, the G 310 GS and the G 310 R were retailed at an ex-showroom price of Rs 3.49 lakh and Rs 2.99 lakh. The BMW G310R competes with the likes of Honda CB300R and KTM 390 Duke but is more expensive than both of them and as for the BMW G310 GS, its direct competitor is the KTM Adventure 390. We can expect the BMW G 310 twins to be available at the markets by September this year. All the company dealerships in India have started accepting bookings wherein prospective customers can also visit the company website to fill an online enquiry.