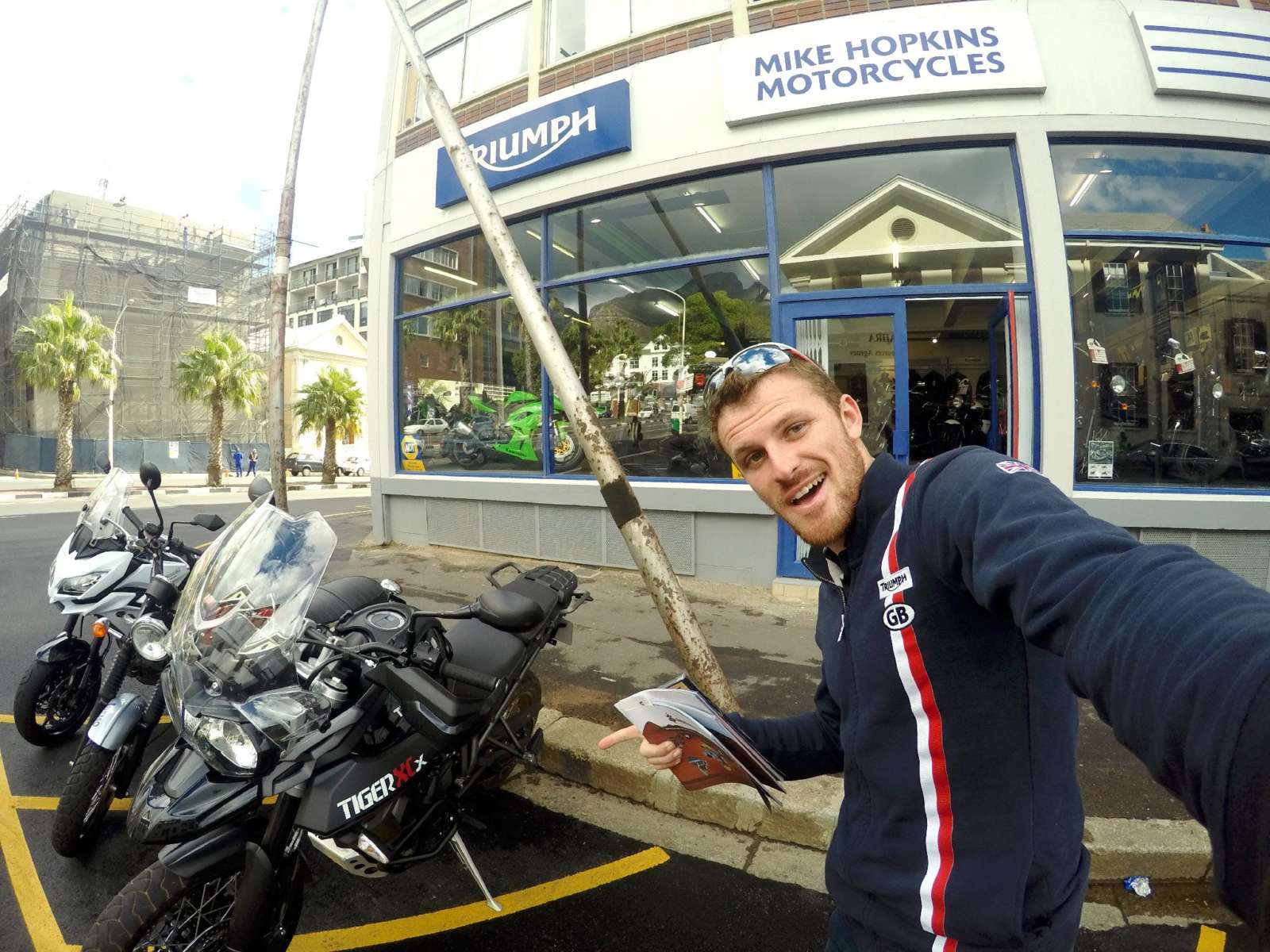 Of all the tasks that one can imagine undertaking on a motorcycle, cross-country touring has to be the most grueling, and one that involves the most time and preparation. Compound that multiple times over and you get circumnavigating the globe on two wheels. And, maybe, a prayer.

That hasn’t deterred a few hardy souls from getting onto their adventure bikes and setting out for months, in a quest for glory, records, adventure, and, sometimes, just for the enlightenment it offers.

British-born and New-Zealand-raised Rhys Lawrey is one of them. At 22 years old, he’s also one of the youngest. On 2nd May, 2014, the young man set out from London with two specific Guinness world records on his mind:  “Most Consecutive Capital Cities Visited by Motorcycle” and “Youngest Person to Circumnavigate the World by Motorcycle.” Yeah, we know, the venerable Guinness Book of World Records is getting increasingly specific. No wonder you can now get a record for everything from longest fingernails to largest number of people eating breakfast in bed at a time. 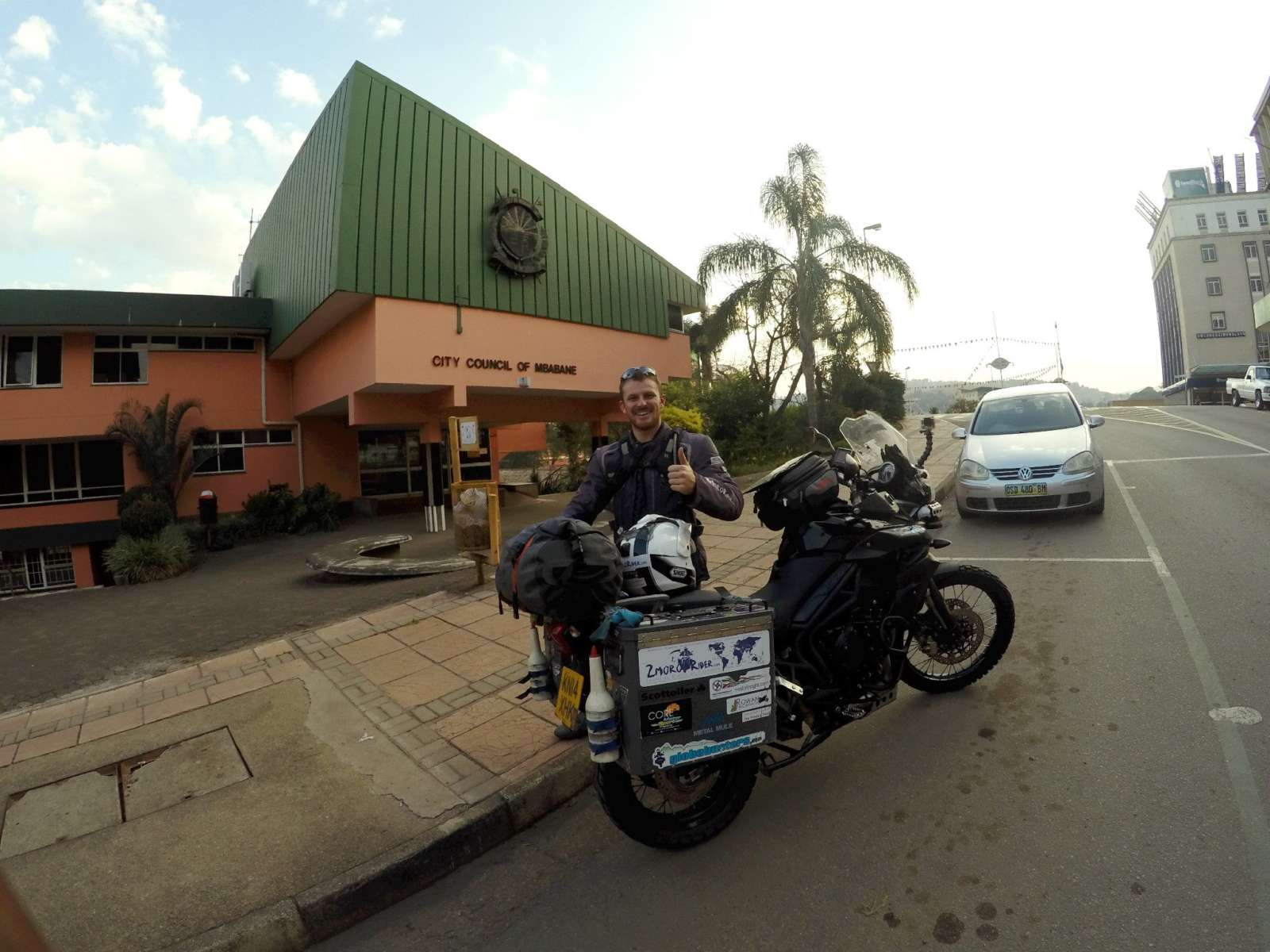 But Lawrey isn’t just doing it for the fame. He is aiming to bring awareness to The Prince Trust Charity, a non-profit organization that provides practical and financial support to the young people of the UK that aren’t employed in work, education or training. In other words, a charity to empower the unemployed youth.

He isn’t a total greenhorn at travelling vast distances on a motorcycle either. Son/stepson of legendary long-distance riders Kevin Sanders and Julia Sanders, Lawrey certainly seems well-groomed for the task. The husband/wife duo themselves holds two Guinness World Records themselves, one for the fastest circumnavigation of the world by motorcycle (31,319 km in 19 days 8 hours and 25 minutes), and the other for completing the Trans Americas route in 35 days. On both occasions, they used a BMW R1150GS Adventure, the weapon of choice for most long-distance riders, including Ewan McGregor and Charley Boorman. 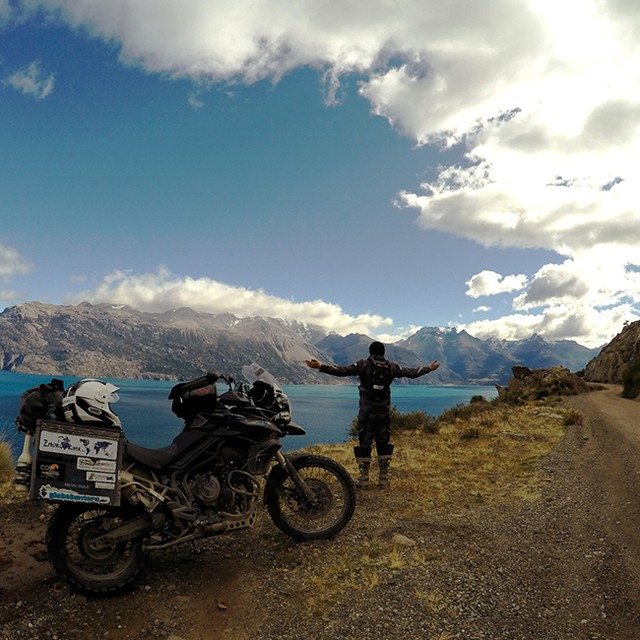 Their son won’t be riding a BMW though. True to his British roots, Lawrey is piloting a Triumph Tiger 800XC, an equally capable machine in the rough, albeit one with a smaller engine. Still, we reckon 95 PS from its sweet three-cylinder engine ought to be enough, at least until Lawrey reaches the deserted and wide-open motorways of Europe.

He is already past that, though. At present, Lawrey is riding through South Africa, having completed 71,133 kilometres and visited 39 countries. In his 51 days on the road till date, he has also broken the previous record of five capital cities visited on a motorcycle, with a tally of nine, and more is to come before he winds down his epic journey  this coming June back in London.

There are some detractors to this type of long-distance riding though. From the comments that we have read on Lawrey’s frequently-updated Facebook, Twitter, and Instagram pages, there’s a sizeable chunk of riders who feel that it is foolhardy to ride in such a manner. We certainly understand where they’re coming from. Riding long-distance is a time-consuming and immensely tiring job, no matter what bike you’re on or what resources you have at your disposal. It can also be immensely rewarding, giving you unparalleled access to different cultures, customs, and natural beauty, which might otherwise be missed out if you were to travel in a tin box that is a car. As such, riding breakneck through countries, with the sole intention of setting the fastest records, can be counterproductive, and lessen the fun of the whole undertaking. You aren’t necessarily having fun; rather it is like a job, and you’re rushing to meet deadlines. In doing that, you can miss the enrichment that such a journey could’ve provided if you were to take it at a slightly leisurely pace.

Either way, we wish Rhys Lawrey at the best for the remainder of his trip and a safe trip home. He is truly lucky to be doing something that all of us have dreamt of since childhood, and he seems to be phenomenal rider to boot. You can follow his journey at his official website or his Facebook page here.