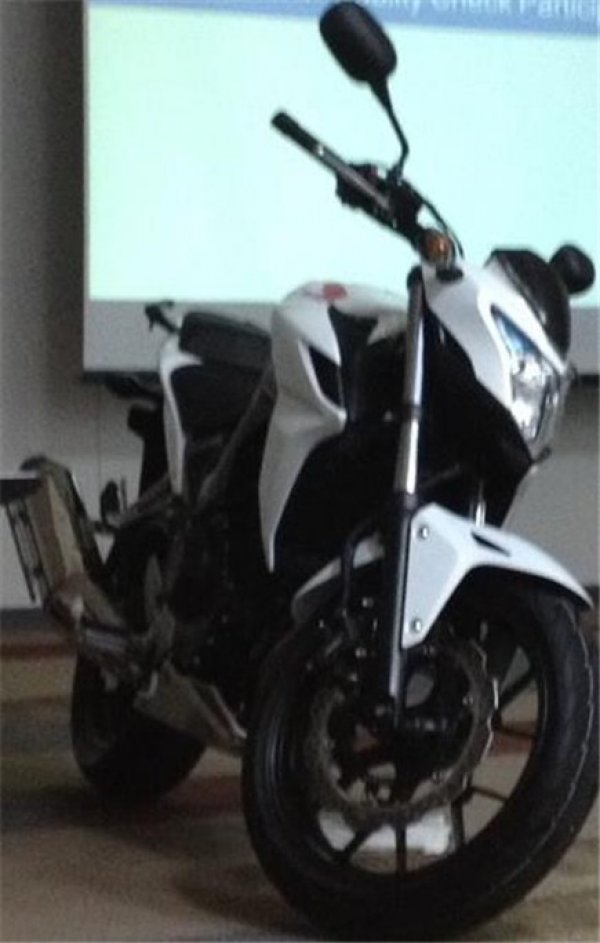 What you see here are the first ever images of Honda’s brand new middleweight fighters – the CBR500 and the CB500. As the names suggest, the former is a fully faired sportsbike, while the latter is a bikini faired streetfighter. The two machines are propelled by an engine which essentially is a combination of two CBR250R engines.

The visuals suggest a design for the CBR500 which is uncannily similar to the CBR600RR. We really think that’s good news, as we aren’t really very fond of the new Honda design philosophy, heralded by the VFR1200, and taken down to the likes of the CBR250R. The only bad news is that the 600RR is due for a replacement, which would mean that the CBR500 begin its life draped in its elder sibling’s clothes. Not a very exciting thought, knowing that the 600RR itself was getting really old in the tooth.

Expected specs include a tubular steel frame, ala CBR250R. A single front disc and regulation forks suggest that this would be a bike built to a budget. Expect peak power of close to 45PS which should be able to propel this baby to 200kmph without much trouble. Our sources tell us that the bikes will be named as CBR500H for fully faired version and CB500C for the streetfighter.

The bike is expected to be built in Thialand. Does that show a blip on any of your radars? It’s meant to be cheap, it’s made with two CBR250R engines joined together and it’ll have Thailand as its motherland – all of which spells only one thing to our optimistic ears – extremely high chances of the bike making it here next year.

So what would you pay for them if they were to be brought here?
Source: CBR250.net