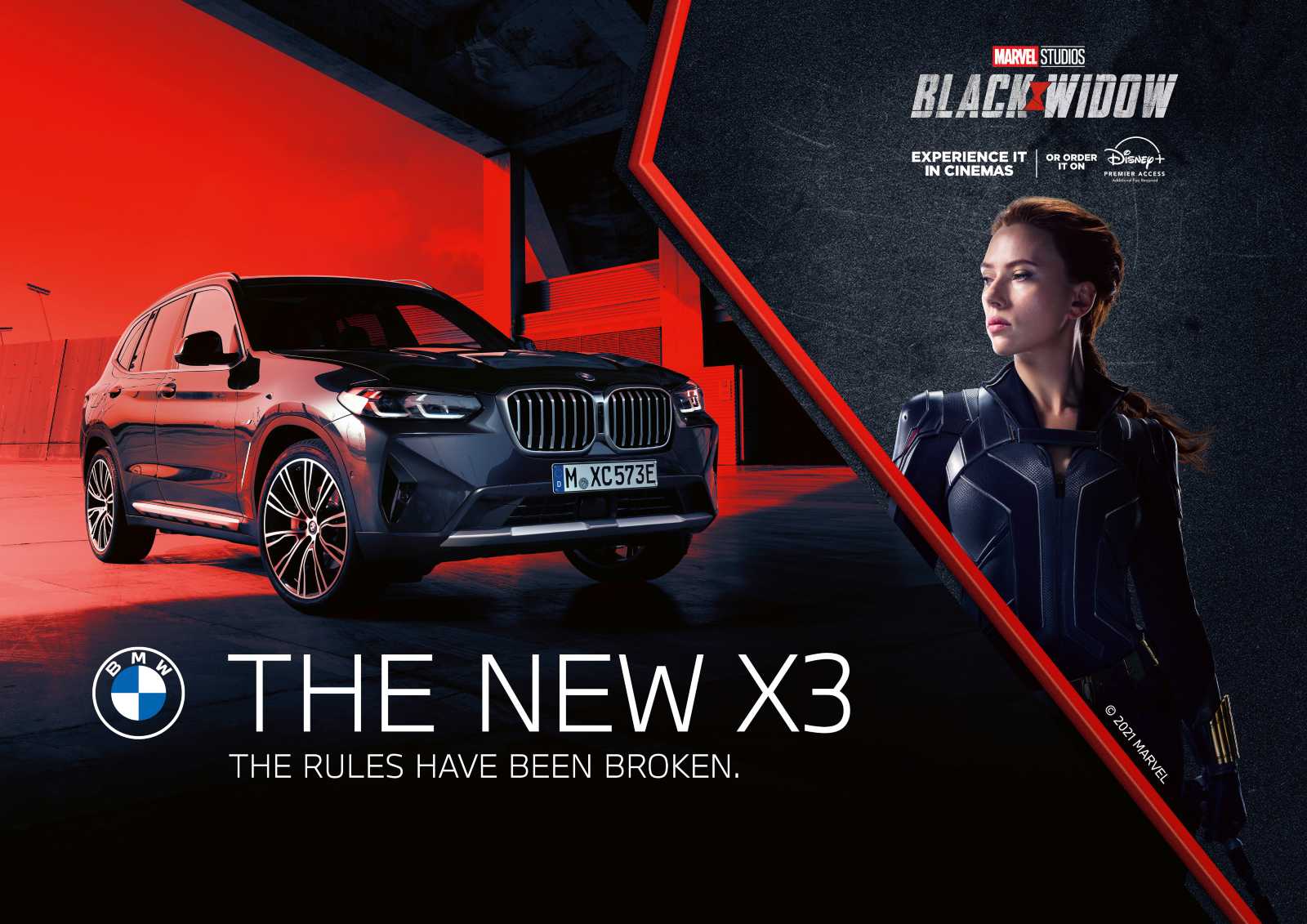 Marvel Studios seems to have developed a soft spot for automotive manufacturers and is currently on a collaboration spree. We previously reported that Marvel Studios has partnered with Hyundai to come up with dedicated ads featuring the new Tucson and Marvel’s Loki, Falcon and Wanda Maximoff. And now, BMW and Marvel Studios have collaborated for the first time on “Black Widow,” set for release on July 9.

The Marvel Cinematic Universe’s action-packed spy thriller is the perfect film to showcase BMW’s X3 vehicle. Also joining in the action is the first-ever BMW 2 Series Gran Coupé. An exclusive look behind the scenes of the filming is already granted on the BMW YouTube channel.

“This is the very first time BMW has worked with Marvel Studios and the result is just stunning,” says Jens Thiemer, Senior Vice President Customer and Brand BMW. “Having the BMW X3 and the 2 Series Gran Coupé playing key roles in ‘Black Widow’ is part of our marketing strategy, adding strong emotional value to the communication of these models. As emotional and thrilling stories play an increasing role in our brand communication, we are definitely looking forward to continue working with Marvel Studios.”

“There is no better vehicle to take us on Natasha’s journey as she sorts her past than a BMW,” said Mindy Hamilton, Senior Vice President of Partnership Marketing at The Walt Disney Company. “The X3 and 2 Series Gran Coupé are sleek and agile, just like Black Widow, and we are so excited for the world to see where we’ve been together in July.” 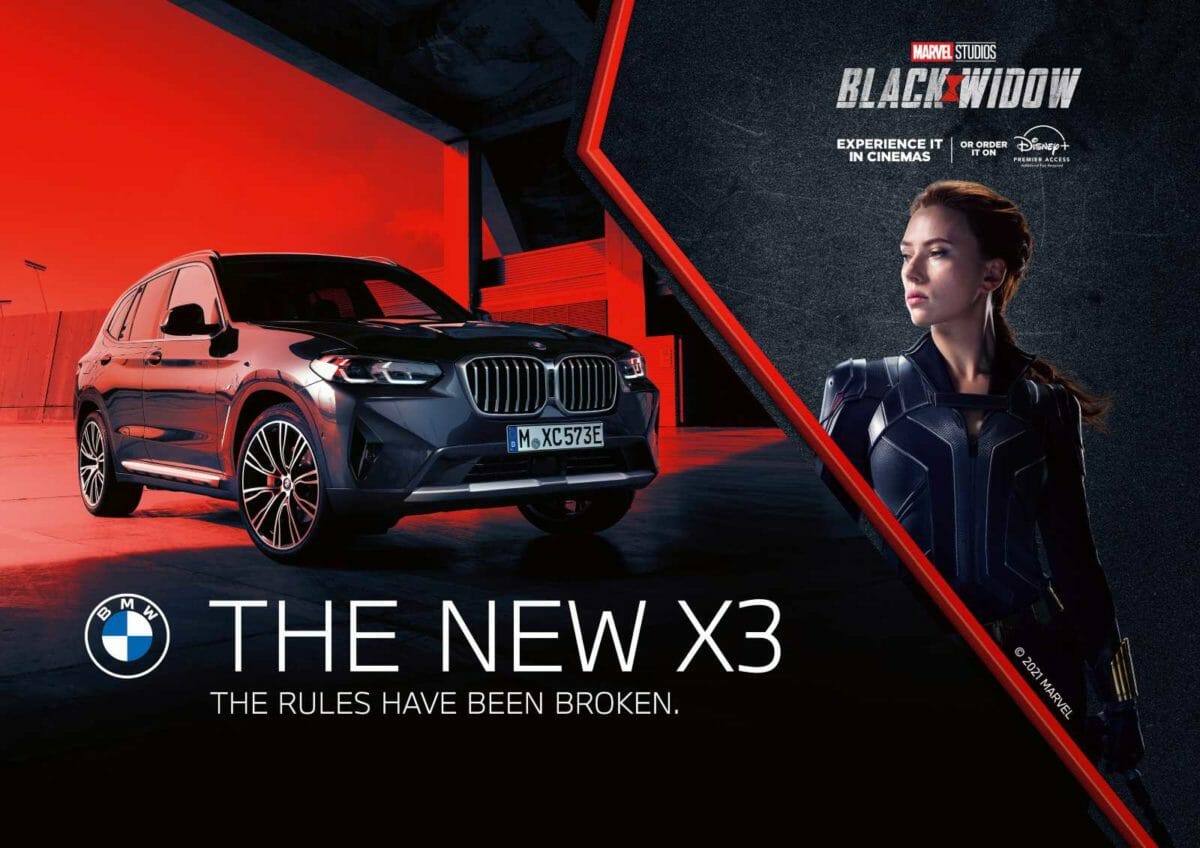 Straight from the set to the BMW Welt

Marvel Studios’ “Black Widow” is filled with breath-taking stunt scenes. Filming them not only tested the limits of the actors, but also their automotive co-stars. This is something that visitors to BMW Welt in Munich will be able to experience first-hand during a special exhibition scheduled to last several weeks and timed to coincide with the movie’s opening. It features the original vehicles used in the film, shipped from the set, as a special highlight. On display at BMW Welt will be the BMW X3 that came under heavy fire in one of the film’s chase sequences as well as the BMW 2 Series Gran Coupé with its clear physical marks from the exciting action sequences.

In Marvel Studios’ action-packed spy thriller “Black Widow,” Natasha Romanoff aka Black Widow confronts the darker parts of her ledger when a dangerous conspiracy with ties to her past arises. Pursued by a force that will stop at nothing to bring her down, Natasha must deal with her history as a spy and the broken relationships left in her wake long before she became an Avenger.