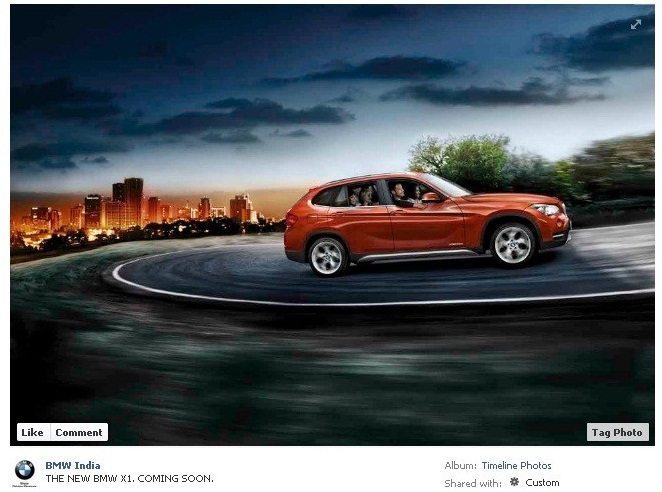 BMW India will launch the BMW X1 facelift, its entry level crossover, on the 14th of February in the North of the country. We wonder if launching the X1 refresh on the Valentine’s day is BMW’s way of spreading love to its Indian fans.

The BMW India Facebook fanpage informs the users of the popular social networking website about the arrival of the facelifted car. BMW India’s FB Fanpage reads “THE NEW BMW X1. COMING SOON. The countdown has begun. Packed with features which will thrill, excite and totally amaze you, the new BMW X1 will soon be launched in India.”

The new BMW X1 was first launched at the New York Auto Show in April 2012 and BMW India is pretty quick to bring in the refreshed car to our fast growing car market. Much of this might have to do with the India launch of the Audi Q3, the smallest and cheapest crossover in Audi’s stable. The Q3 took the entry level premium crossover market by storm on its arrival in India. Furthermore, there is more competition coming our way in the form of Volvo V40 Cross Country that has won a lot of acclaim around the world. Hence, it is only plausible that BMW India is bracing itself up by launching the upgraded car and injecting some freshness into the X1 brand.

There are also good chances that the India spec BMW X1 facelift will come with mechanical changes like tweaked engines and new transmission.