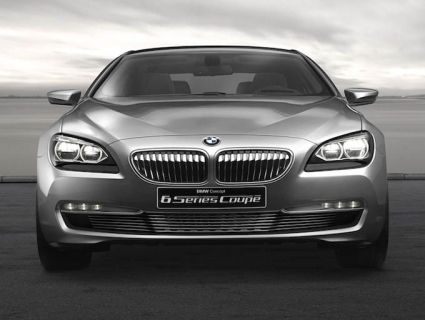 The new 6-series will also mark the end of the Bangle era for BMW with the new car following the same upright grille, sharper headlight treatment and eradication of the ‘Bangle-butt’ as the new 5-series and 7-series. The headlights follow an all-LED construction like the 6-series’ arch-rival Mercedes Benz CLS and the overall design takes some cues from the Gran Coupe concept that BMW showed at the 2010 Beijing Motor Show. The interiors of the 6-series concept completely do away with the dark wooden inserts you find in the 3, 5 or 7-series and instead incorporates a combination of aluminium and leather. The interiors are radical nevertheless with an asymmetrical centre console that is ‘’tilted’ towards the driver. The 6-series concept also shows a new sat-nav display unit.

BMW has released any info on the engine options yet but we expect the same array of turbocharged and natural aspirated engines that BMW currently has in their kitty. The BMW 6-series is expected go on sale in India by April 2011 with the soft-top convertible and M6 joining the fray by early 2012 and late 2012 respectively.