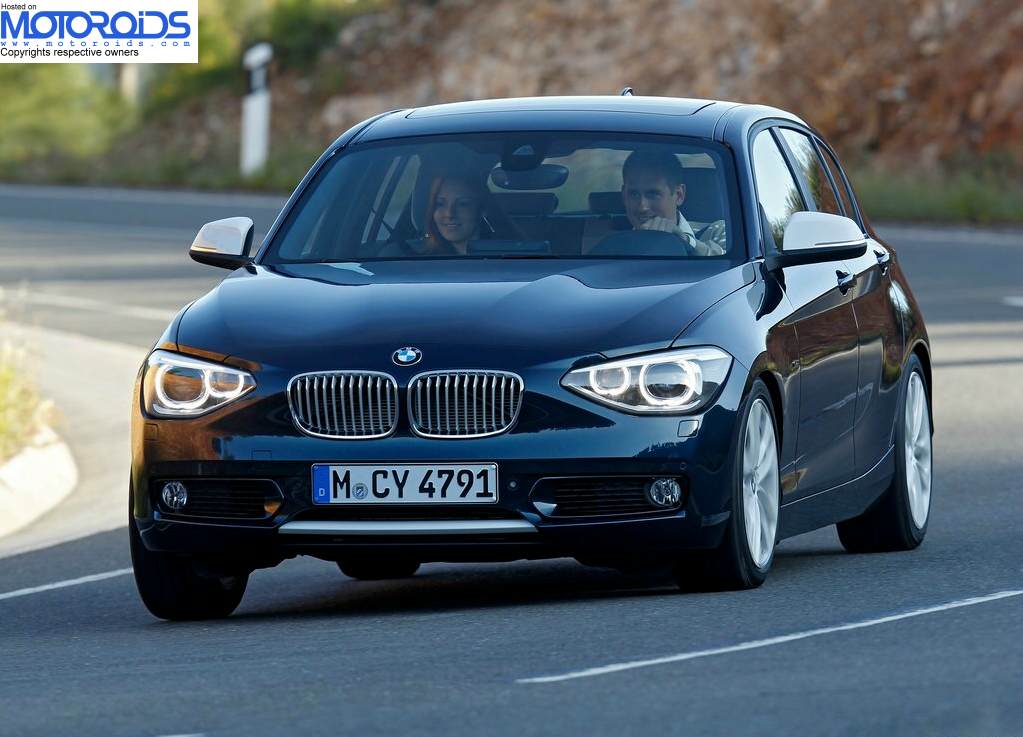 Downsizing is the buzzword for premium carmakers, especially for developing countries like India. After creating ripples in the premium car market with its sub-25 lakh X1 SUV, BMW seems to be planning to take the game further down the segment hierarchy. The company recently unveiled the 2012 version of its 1-series hatchback (also known as the F20 internally), and will put it on sale in the international market by September. The same car will be launched in the Indian market as well, sometime in 2012.

The cheapest car in BMW’s international lineup is expected to carry a sub 20 lakh price tag, and is expected to take the sales volumes to a new high. The 1 series may not be the prettiest cars around, but who cares, really – all that matter is that round blue and white logo on the grille, a rear wheel drive, and some of the most intoxicating engines under the bonnet. It’s bigger than your usual hatchback for sure though, and the cabin space and comfort would be more than your 5 lakh hatchback any given day.

BMW’s distinguishing points to justify the extra money spent would be powerful engines, driver oriented chassis, immaculate handling, liberal equipment levels and well, a rear wheel drive layout. Sadly, BMW seem to be working on FWD cars, I would rather be dead than having to witness one.

Under the hood there will be choice of petrol and diesel engines. The 1.6-liter petrol engine in available in two states of tune producing 136 PS and 170 PS. Then there would be a 2.0-liter diesel engine with power outputs ranging from 143 PS  to 184 PS.

Transmission options are also impressive for this class of car and include the 8-speed automatic from ZF. There will also be a six speed manual for those want to shift ratios the good old way.

So if you were looking to buy a car for Rs 15 lakh, start saving up a bit more. You’ll get your shot at driving a BMW without having to loot a bank very soon!

The 1 series won’t be the only ‘cheap premium’ car looking for those greenbacks in your wallet though. Mercedes-Benz too will be launching it’s A and B Class hatchbacks to offer a proper fight to the Bavarian carmaker. You can check out our earlier stories on the A and B class by searching Motoroids.

But does it make sense to you? A 15+ lakh rupee premium hatchback, would you ever buy one? I for one would love to have one parked in my garage with a diesel engine. Do let us know your views.