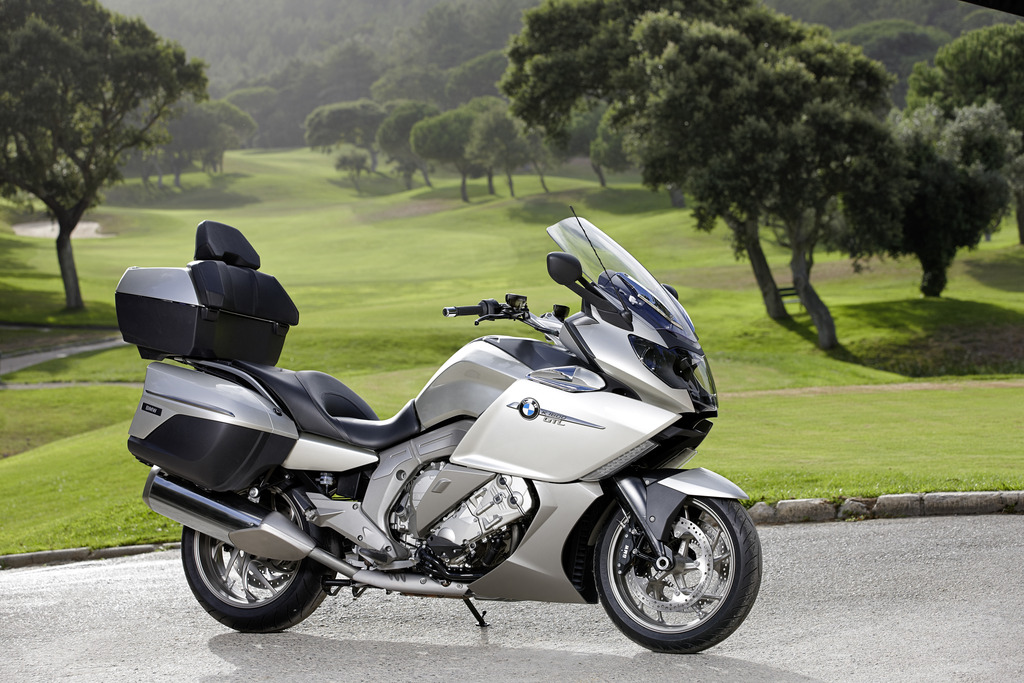 The German car manufacturer also known for its innovative, unique and cutting edge bikes had unveiled its latest sport-touring offerings, the 2012 BMW K1600GT and K1600GTL motorcycles on October 06, 2010 at the automotive temple that is Jay Leno’s garage in Southern California. The K1600 GT has been well engineered strategically for solo riding. Yeah, you still have a passenger seat but it was designed with the rider given top priority to make the journey as fast and comfortable as possible.

That is probably a good reason for the K1600 GT to be honored with the 2011 International Bike of the Year Award by the votes from the international motorcycle press jury at the Brussels Motor Show. The announcement was made at a press conference given by the Belgian motorcycle magazine Motor Wereld. This bike probably deserves this prestigious award given by a NO non-sense Jury representing 25 motorcycle magazines. It is a monster with an Oil/Water cooled 4 stroke in line 6 cylinder engine that’s got two overhead camshafts and four calves per cylinder. Phew! This is the second time BMW has received this award after their super sports S1000RR won last year.

The bike’s advanced and sophisticated technology probably won it this award with electronically controlled suspension, adaptive headlights, traction control, navigation system and ABS. The technology that this bike has brought in is hard to equal. It is available in India and well, if it has impressed the most demanding jury, it will certainly impress us.

In addition, BMWs  K1600GTL was rated separately and also convinced the jury, finishing fourth, while the S1000RR followed it in fifth place alongside the Kawasaki ZX-10R. Very impressive BMW. Very impressive indeed!