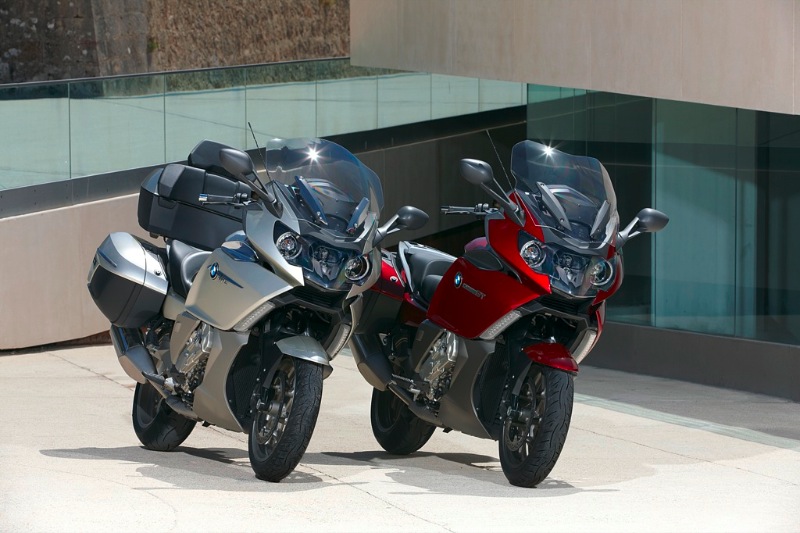 The two touring bikes from BMW made their first worldwide debut at the Intermot 2010 Show in Cologne- the new BMW K 1600 GT and K 1600 GTL. With these two new tourers, BMW has now ventured into new grounds, by installing the lightest and most compact serial production 6- cylinder in- line engine in a motorcycle above 1000cc, which delivers max power of 160bhp and a max torque of 175 Nm. The Compact engine, weighing 102.6kgs and the significantly narrow width of the engine as compared to all other 6 cylinder in- line motorcycles, contributes to both low engine weight and the consistent lightweight construction of the motorcycle as a whole. At 319 kgs (K 1600 GT without panniers) and 348 kgs (K 1600 GTL with panniers and topcase) the new touring bikes are in the lower range of the segment.