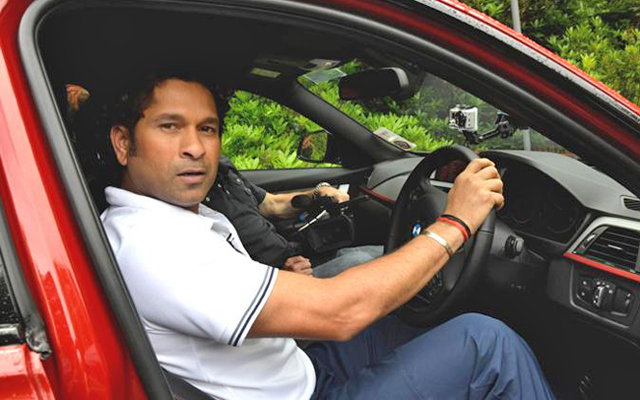 There is nothing hidden about Cricket maestro Sachin Tendulkar’s fondness for a capable set of four wheels. Ferrari 360 Modena, Porsche Boxter, Nissan GTR- it is like Sachin Tendulkar has been there and done that. Now, it has emerged that BMW India is looking all set to sign up Sachin Tendulkar as the brand ambassador for its cars in India. It may be noted that Sachin has endorsed Fiat Palio in the past and the 360 Modena, which he sold off recently, was gifted to him by the Fiat group, the owners of the Ferrari. Sachin becomes the first celebrity that the Indian wing of the Bavarian car maker will appointed for promotion of its cars in India. As we have been saying earlier, arch rival Audi is almost at a sniffing distance from BMW’s ‘highest selling luxury carmaker’ status and BMW’s recent move of appointing a brand ambassador shows that the guys at BMW India are readying themselves to battle it out against Audi.