Home BMW BMW i8 India Launch to Happen Next Month

At the 2014 Auto Expo, BMW India showcased the hybrid supercar-i8 and also announced plans to launch the vehicle in the Indian market. Now, according to a report, the BMW i8 India launch will happen in February, exactly a year after its Indian debut. 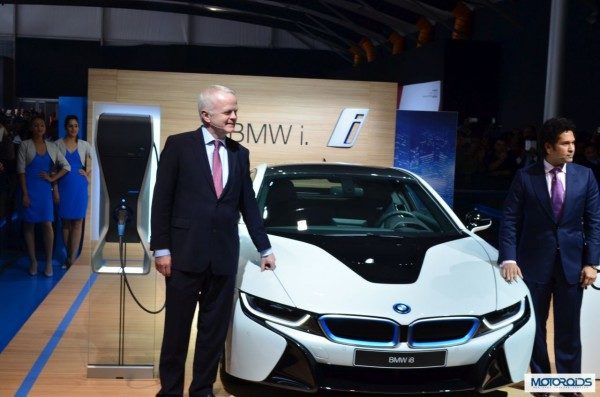 The BMW i8 is powered by a 1.5 liter 3 pot turbocharged petrol mill cranking out 231PS of power and 320Nm of torque. The electric motor generates 131PS and 250Nm of torque taking the total output to 362PS and 570Nm. According to official BMW figures, the i8 hits the ton from standstill in just 4.4 seconds has an electronically limited top speed of 250kmph. Running on battery power, it achieves the top speed of 120 km/h with a maximum range of 35 kilometres. The i8 employs heavy usage of carbon fibre for the construction which makes the supercar tip the scale at a mere 1490kg despite carrying a large battery pack and the electric motor.

At the unveiling event last year, Mr. Philipp von Sahr, President, BMW Group India said, “We are on the verge of a new era of sustainable individual mobility and a revolutionary interpretation of BMW’s hallmark driving pleasure. The BMW i presents a ground-breaking concept with visionary electric vehicles and mobility services, creating a new understanding of luxury that is strongly defined by sustainability. BMW i plays an important role in our future product strategy and as a sign of our commitment to this market, we will bring our revolutionary BMW i8 to India later this year.” 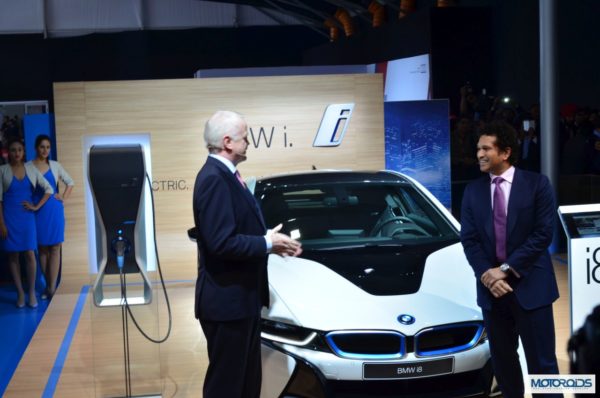 The i8 is expected to be priced around INR 1.8-2 Crore and will be sold here in limited units due to the excessive demand globally. Stay tuned to Motoroids for BMW i8 India launch and related details.