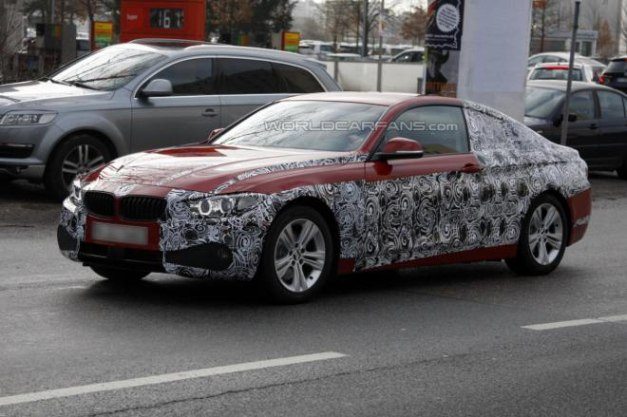 It has been only a few days since BMW unveiled the BMW 4 Series Coupe Concept and the production version of the 4 series has been caught testing. The 4-Series Coupe Production version will look like a toned down variant of the concept and will be larger than the current 3-Series Coupe. Don’t be surprised if the 4 series coupe also spawns out a four-door coupe (Gran Coupe) variant. Also on its way is the 4-Series Convertible. As is obvious, these cars will also be joined by the M Performance variant at a later stage.