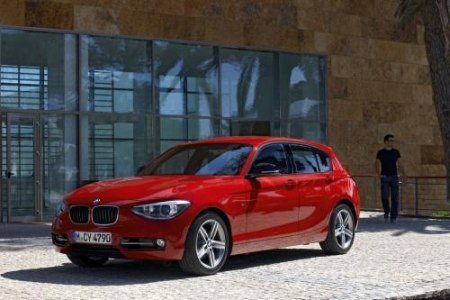 The A Class is not be the only premium hatchback that is headed to India! It has emerged that Mr. Philipp Von Sahr, the president of BMW India, has confirmed that the Bavarian carmaker’s 1 Series hatchback will make it to India as soon as in September this year.

It has also come to the light that the 1 Series hatchback will be brought to India via Completely Knocked Down (CKD) route and will be assembled at BMW India’s Chennai facility.

The month of launch was revealed by Mr. Von Sahr at the sidelines of the 2013 BMW 7 Series LCi’s India launch.

The 1 Series will lock horns with the soon-to-be-launched Mercedes A Class in rapidly growing Indian car market. BMW is already readying the BMW 1 Series LCi (facelift) and it would be interesting to see if we would get the updated car soon after it makes its debut.

It may be noted that both BMW and Audi outsell Mercedes in Indian car market. While Mercedes India, the Indian subsidiary of the popular German luxury car maker, has planned to launch a range of new cars in India in a bid to regain its lost territory from the other two German premium car makers, it remains to be seen if Mercedes India would be able to get the better of the remaining two of the German trio. With the recent disclosure by BMW India, it has become for sure that the A Class will have to battle it out against the BMW 1 Series soon after its launch in India. However, Audi India hasn’t yet confirmed any plans to bring in the Audi A3 hatchback. Instead, what might come our way could be the sedan derivative of the A3.

Good times ahead for premium car buyers in India. No?