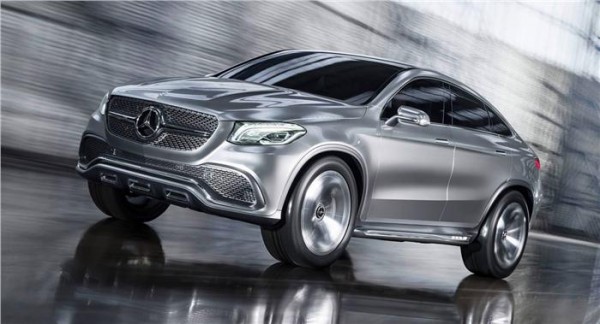 As we’ve been saying, the Mercedes Concept Coupe production model would go on sale under the MLC moniker and would become the first coupe crossover to wear the three pointed badge. This model will rival the likes of BMW X6 and the Land Rover Range Rover Evoque.

It is highly like that Mercedes will make use of the current generation M Class’s platform for the upcoming MLC. The highly anticipated Mercedes MLC will be positioned between the M Class and the GL Class and will be powered by a set of four- and six-cylinder petrol and diesel motors, which would come from the M Class.

Mercedes has said that the MLC will have “very dynamic handling”.

“The sportily styled coupé study with the added value of an SUV provides a realistic glimpse of a series-production vehicle expected next year, which will boast very dynamic handling,” said Daimler chief Dieter Zetsche.

“With the Concept Coupé SUV we aim to secure new customers by opening up new segments for Mercedes Benz“, he added.

“We see a great deal of potential for Mercedes-Benz in the combination of coupé and SUV. We will be officially unveiling the Concept Coupé SUV in just under two weeks at the Beijing Auto Show.”

It is being said that the production of the MLC will commence next year at Mercedes’s Tuscalossa facility in Alabama, USA. Stay tuned to Motoroids for more updates on the Mercedes Concept Coupe SUV and details from the 2014 Beijing Auto Show.