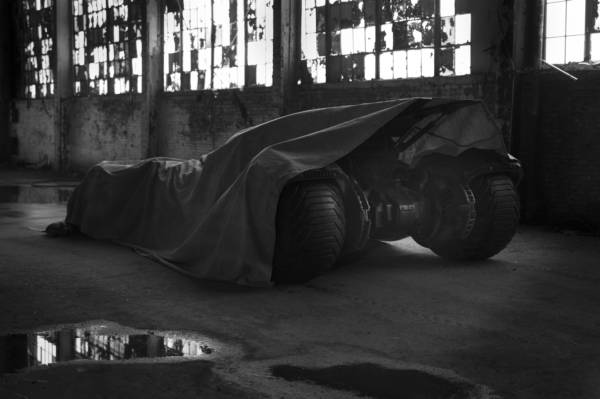 Director Zack Snyder of ‘300’ fame has tweeted the first official images of the caped crusader’s new ride in the upcoming Batman v Superman movie. In true teaser tradition, much of the Batmobile remains unclear to the eye, but these two images nevertheless give moviegoers and comic-book fans a glimpse of what to expect come the movie’s release in 2016. From the rear, the Batmobile displays design cues that hark back to Christopher Nolan’s Tumbler, with its huge tires and industrial look. However, while the latter had a jet engine afterburner exhaust peeking out from between, the new Batmobile seems to employ a traditional powerplant that will no doubt be spiced up with VFX in pre-production. The second picture is much more revealing, showing part of the cockpit as well as Ben Affleck as Batman himself. The harsh body panels of the Tumbler has been smoothened out a bit, and the Batmobile looks much more sportier and aerodynamic than before. Resembling a Riva speedboat around the windshield, it is definitely a homage to both the Frank Miller comic book as well as Nolan. 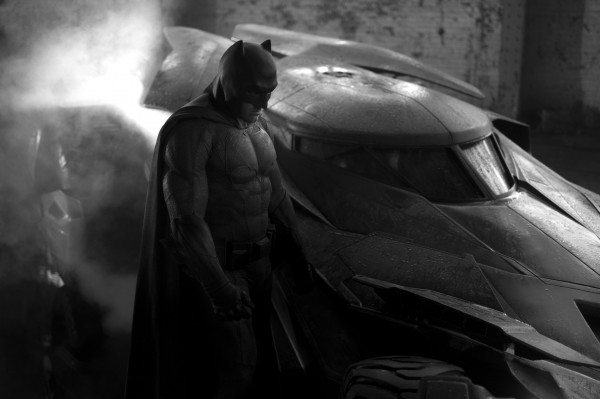 The Dark Knight trilogy is still remembered fondly by fans and is, without a doubt, the definitive comic-book adaptation to ever grace the silver screen. With each iteration, Nolan and his team pushed the envelope further, with a Bat-pod in the second movie and a Batplane in the third – and all of them actually worked in real life. This new Batmobile has got some serious expectations to live upto. 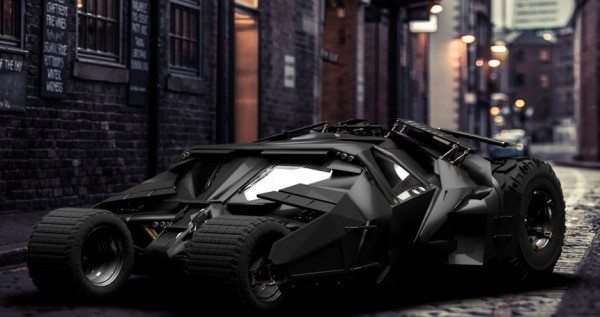