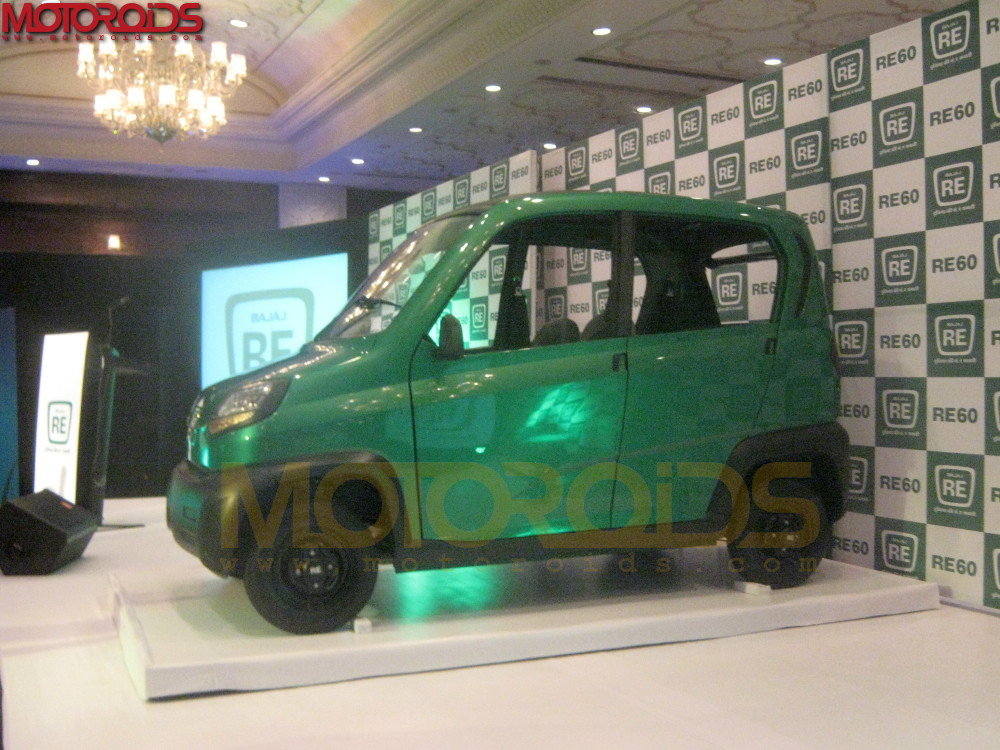 We reported in detail about the divorce that happened between Bajaj and Renault-Nissan and how the ULC car project became orphaned. Then, Bajaj came out with a cheap to build and sell 4 wheeler and christened it as the RE60. Bajaj told that Nissan-Renault had nothing to do with the RE60 and the 4 wheeler was entirely developed by Bajaj. We also reported that Bajaj has offered to provide the RE60 to Renault and that it is willing to let the French car makes modify and brand the product as theirs.

According to a report in The Business Line, Renault-Nissan did have had a look at Bajaj’s RE 60, but are yet to confirm of any interest in selling the vehicle, Bajaj Auto’s Managing Director, Rajiv Bajaj said. Rajiv Bajaj said, “They (Renault-Nissan) have seen the product, but they haven’t got back to us yet.”

It may be noted that Renault India Managing Director, Marc Nassif had said that the company might be interested in the project if the vehicle matches their “quality of development.”