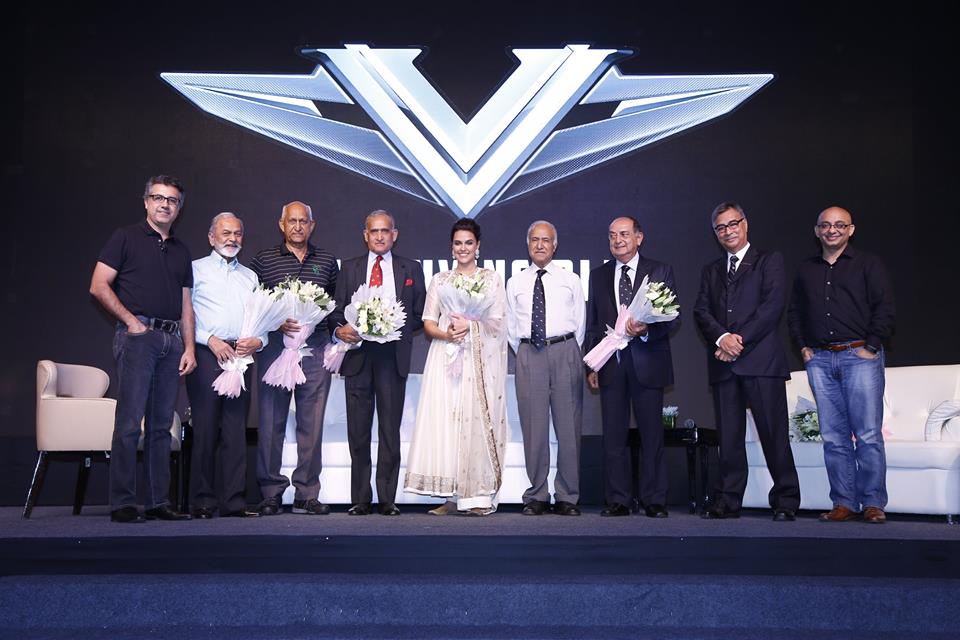 Leo Burnett and Bajaj V recently unveiled Sons of Vikrant, a documentary that brings together stories shared by the war veterans, who served aboard the INS Vikrant, India’s first aircraft carrier. The screening of the documentary took place in Mumbai in presence of influential personalities from the media, marketing and advertising fraternity.

War veterans who are featured in the #SonsOfVikrant documentary graced the event and recounted anecdotes of bravery in a panel discussion moderated by actor Neha Dhupia, daughter of a naval officer. Admiral Arun Prakash, Rear Admiral SK Gupta, Rear Admiral Peter Debrass, Lt. Cdr. Ashok Sinha, Commodore Medioma Bhada, and Cdr. H.S. Rawat were among the war heroes who were part of the #SonsOfVikrant initiative. 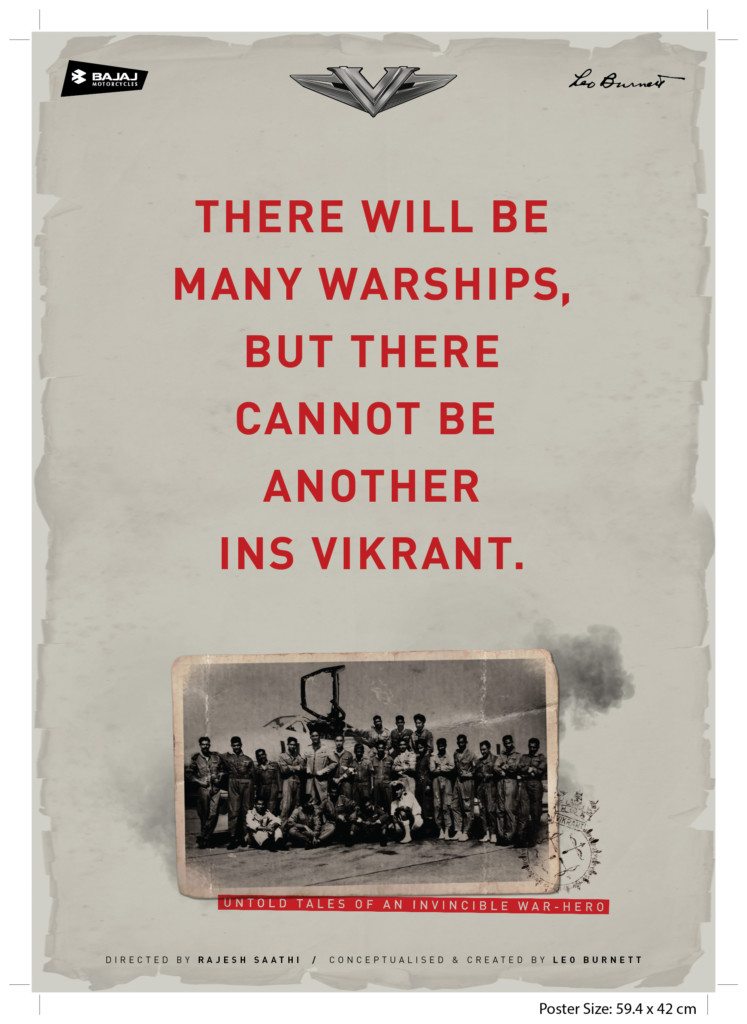 Said Sumeet Narang, VP, Marketing (Motorcycles), Bajaj Motorcycles “We saw lot of social media conversations and media interest on the Bajaj V which contains the metal of INS Vikrant.  As we delved deeper into Vikrant and started talking to people who worked on it, we also realised that there are many untold stories and memories behind the naval battleship INS Vikrant and its Heroes. And since we had brought back the essence of Vikrant in the form of V, we realised that the onus was also on us to bring these stories together and share them with the nation.”

Said Saurabh Varma, Chief Executive Officer, South Asia, Leo Burnett, “With Sons of Vikrant, our idea was to bring out the untold stories of INS Vikrant and the war veterans and share the feeling of Pride with millions.” He further added, “To create this documentary, we met many people who were part of the war to learn their stories. The footage ran into hours, which we had to bring down to 16 minutes.” 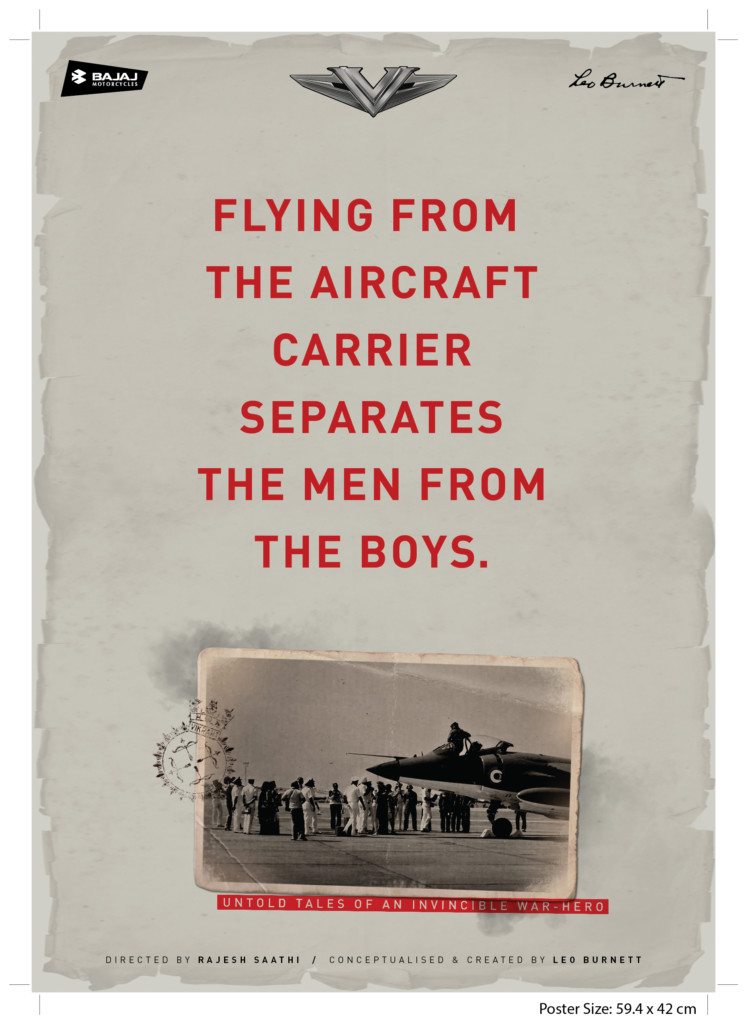 The Bajaj V was unveiled on February 1, 2016, at a press conference in New Delhi, and reatils for prices starting from INR 62,820 (ex-showroom Mumbai). The premium commuter motorcycle is powered by a Bajaj’s single-cylinder, 150cc, DTS-i engine that delivers maximum torque of 13 Nm at 5500 RPM, and a peak power of 12 PS at 7500 rpm. However, one of the Bajaj V15’s USP has to be the fact that its fuel tank uses scrapped metal sourced from the decommissioned and dismantled INS Vikrant.

Following is a video of the documentary with stories by war veterans who served aboard INS Vikrant: