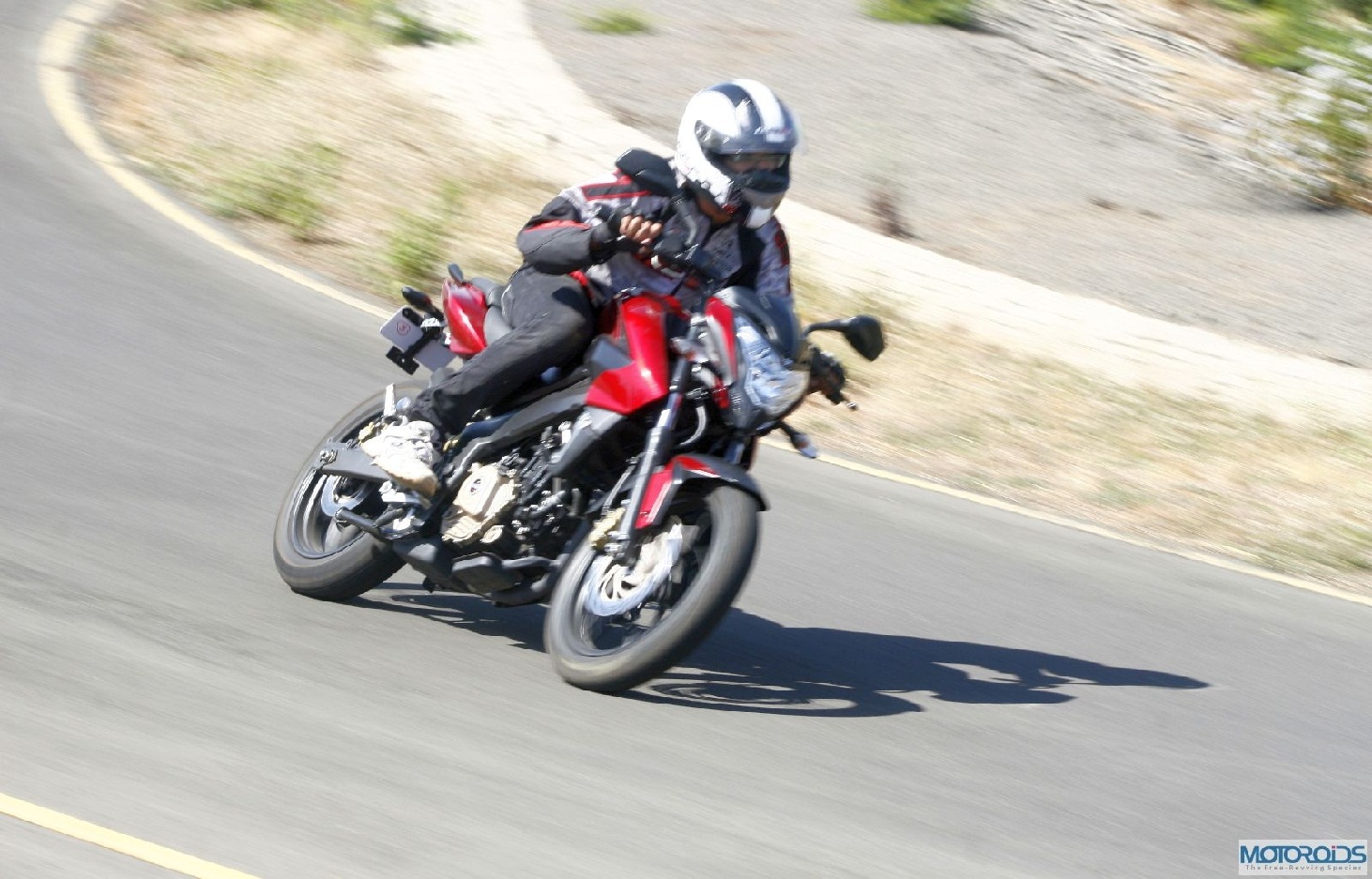 It has emerged that Bajaj Auto Ltd is working on a fuel injected version of the highly popular Pulsar 200 NS Indian performance bike. The Bajaj Pulsar 200NS, which currently battles it out against the Hero Karizma ZMR and the likes, comes with a carburettor for injection duties. The Hero Karizma ZMR on the other hand comes with fuel injection. The Bajaj Pulsar 200 NS Fi is being developed for export markets like that of Indonesia and Philippines.

It is anybody’s guess that the Pulsar 200 NS, armed with fuel injection, will become a better performer and will be more fuel efficient.

Other than getting the fuel injection, the 200cc, liquid cooled, SOHC engine that powers the bike is expected to remain the same. The 200cc mill on duty in the Pulsar 200 NS sports tri-spark plug layout and Bajaj claims that the innovation helps making the engine a much better performer than conventional single spark layout. The motor is mated to a 6 speed manual gearbox and produces a good 23.5 bhp of peak power and 18.3 Nm of max torque.

While Bajaj refrains to acknowledge it, it may be noted that the 200 NS motor shares a lot with the motor on the KTM Duke 200.

Fuel injection is expected to make the 200 NS almost as good a performer as the KTM Duke 200. The 200 NS will also become the second Bajaj Pulsar to feature Fi, the first being the now defunct Pulsar 220 DTS-Fi.

As is obvious, the 200 NS Fi will be pricier than the 200 NS carb by about INR 8-10k and it remains to be seen if the Fi model makes it to our bike market.