Royal Enfield was the first motorcycle maker to launch a Cafe Racer in the country in the form of the Continental GT. In 2014, Hero Motors launched the Splendor Pro Classic Cafe Racer into the country . Now, Bajaj has also gone ahead and showcased their Cafe Racer based on the Boxer 150. The bike was showcased in Turkey. 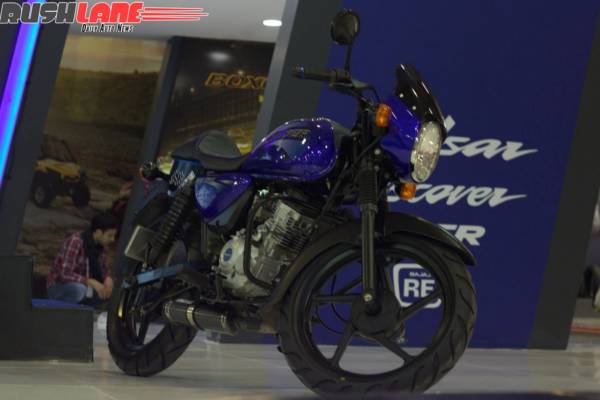 Powering the Bajaj Boxer 150 Cafe Racer is a 144.8 cc single cylinder air cooled motor which churns out 12 hp at 7500 rpm and 12 Nm torque at 4500 rpm. The bike has a wheelbase measuring 1285 mm and tips the scales at 123 kgs. The fuel tank can hold 11 liters of petrol. The wheels are 17 inch alloys wrapped around tubeless tires. 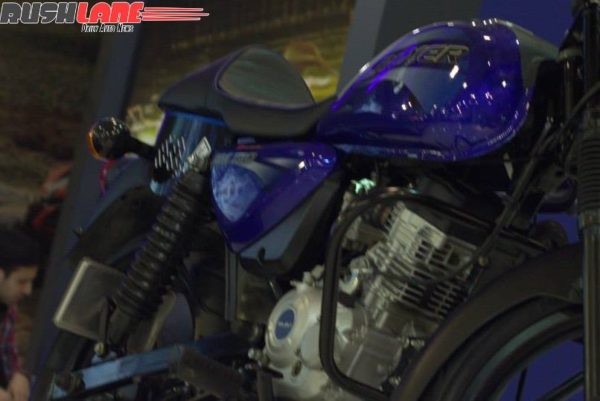 Speaking of the equipment on offer, the biggest omission is the front disc brake. In this day and age where motorcycle makers are offering disc brakes even on 100cc bikes, Bajaj should have offered the disc brake on this Cafe Racer. The bike gets an underbelly exhaust which has carbon-fibre coating. Going with the retro theme, Bajaj has included circular turn indicators on the bike.

There has been no word on its launch in the Indian market. Would you like to see this bike on the Indian roads ? Let us know your thoughts in the comments section below.