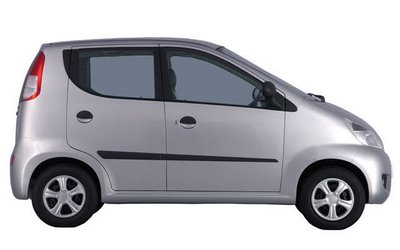 Bajaj Auto has said that the company wants to launch a commercial vehicle based on the ULC (Ultra Low Cost) platform, before the car. The new vehicle, according to company sources may hit the market sometime mid-2012. This doesn’t quite comply with the original plan which was to launch a small car in association with Renault-Nissan.

The step looks logical though. While a car requires great finesses and refinement, a commercial four wheeler machine can pass even with some rough edges. For Bajaj Auto, a company which has never made four wheelers, and has always been a known as a maker of two and three wheeler machine, this definitely sounds like a safer route to enter the four-wheeler market. With its proven capability to deliver products at a lower cost than competitors, Bajaj could well offer the commercial four-wheeler at a discount, and might well repeat the success stories that the Ace and Maxximo have been for Tata and Mahindra respectively. The experience with the four-wheeler vehicle will also help Bajaj further refine and fine tune the passenger version.

“By the middle of next year, we will bring a four-wheeler from the ULC platform. For us, this will be a commercial vehicle and it will be a goods carrier,” said Rahul Bajaj, BAL chairman.

There, however, is still no clarity on what badges these vehicles (CV / Car) will bear. Whether Nissan-Renault agree with the introduction of a commercial vehicle, which never was a part of the plan, is again a big question.

One thing is for sure though, Bajaj seems to have made good progress with their four-wheeler platform and they seem to be ready to hit the road on four wheels. So be it, if it’s not a well sorted car and just a crude quadricycle. Their alliance with Renault-Nissan has not been entirely amicable through its life and this new development may not prove very healthy either. The Indian company seems to have made up its mind to launch a small CV.

We’ll keep a close watch on the developments on this topic, and keep you posted. Stay tuned.