Home News VW Polo to get more features, facelift also in the works 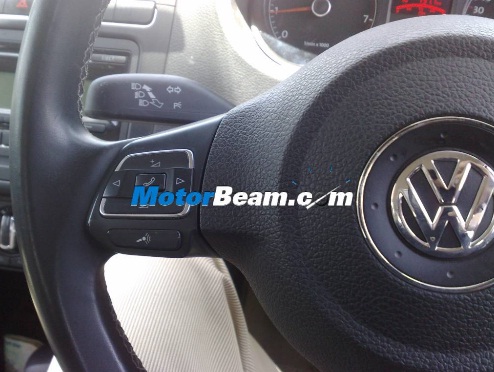 Seems like VW India is heeding the concern and is planning to come out with an upgraded version of the Polo with more features. One such car with additional features has been spied by our friends at Motorbeam. The top of the line Highline version of the car will come equipped with steering-mounted audio controls, Bluetooth connectivity and an answer button.

In its face lifted version, the Polo will get some visual upgrades without altering the basic proportions of the car. The headlights may also get a set of daytime running LEDs. There will be more features taken from the bigger and more advanced cars from the VW stable.