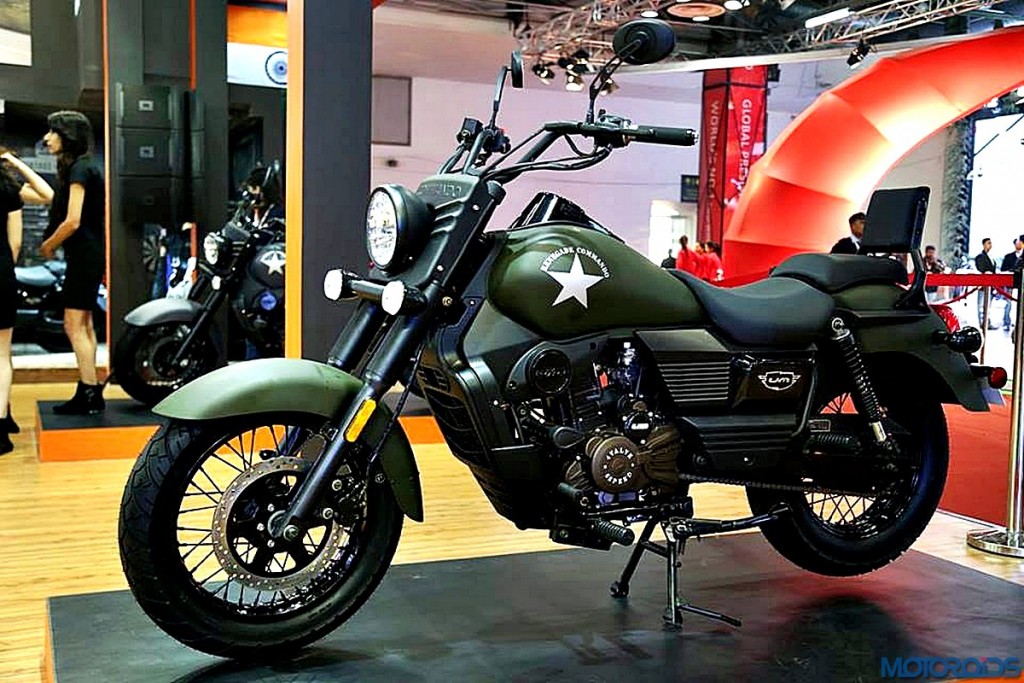 The UM Renegade Commando was launched in India a couple of days back at the Auto Expo 2016, with prices starting from INR 1.59 lakhs (ex-showroom New Delhi). There’s a lot of buzz regarding the UM Motorcycle’s Indian line-up, so we take a closer look at the Commando’s industrial and soldiery looks in this brief first look review. 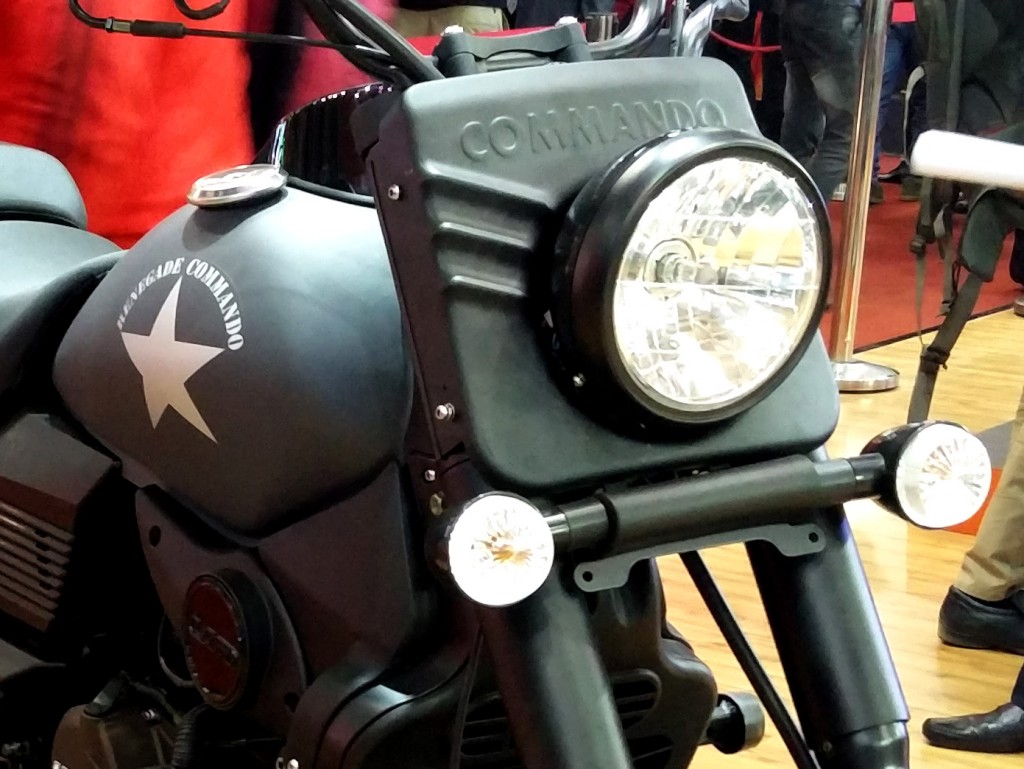 The Commando’s round headlamp gets a gloss black nacelle, while the large plaque with Commando inscription make it battle ready, especially in matte colours. 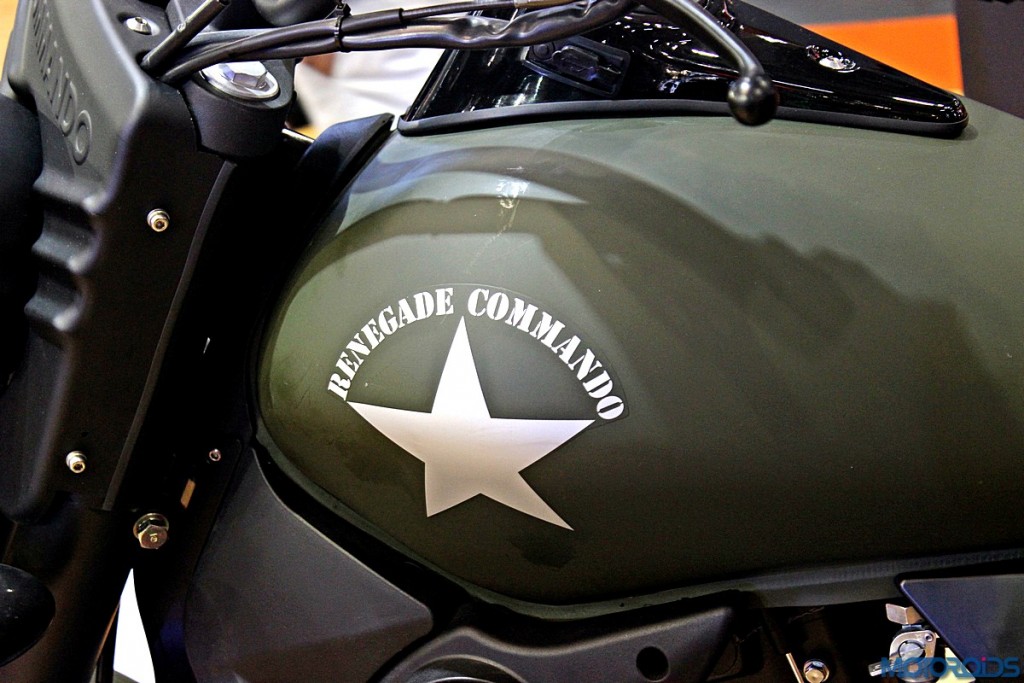 The Renegade Commando is available in three colours – Matte Grey, Matte Green and Shiny Black; bulbous tank hosts the star logo, and has a capacity of 18 litres. 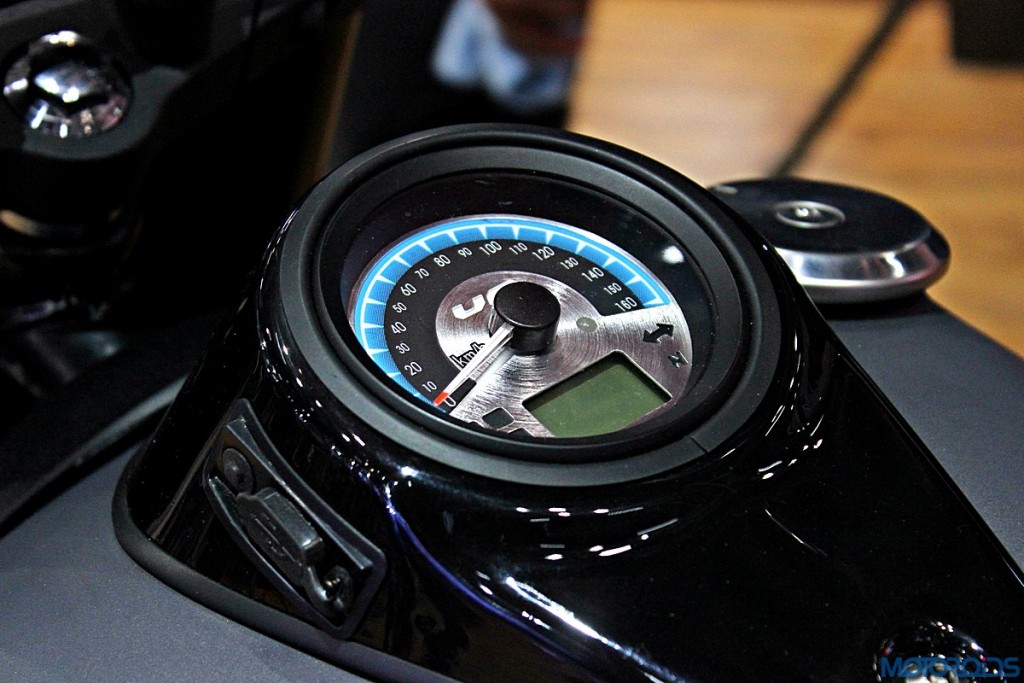 Tank mounted instrumentation is limited to just a speedometer; notice the USB charging socket on the side. An offset fuel filler cap gives the instrument binnacle company. 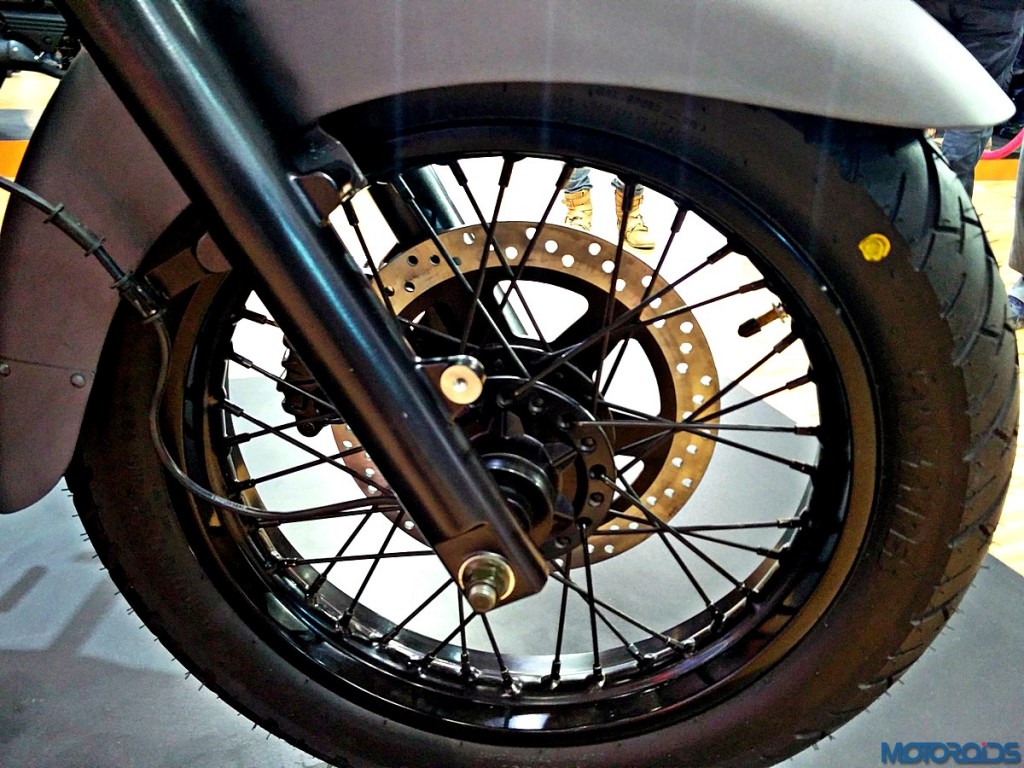 The large front mudguard shrouds the 110/90 front tire which is wrapped around a 16-inch spoke wheel. The Commando employs telescopic front forks, while the front anchor is a 280 mm disc grabbed by a 2 piston caliper. 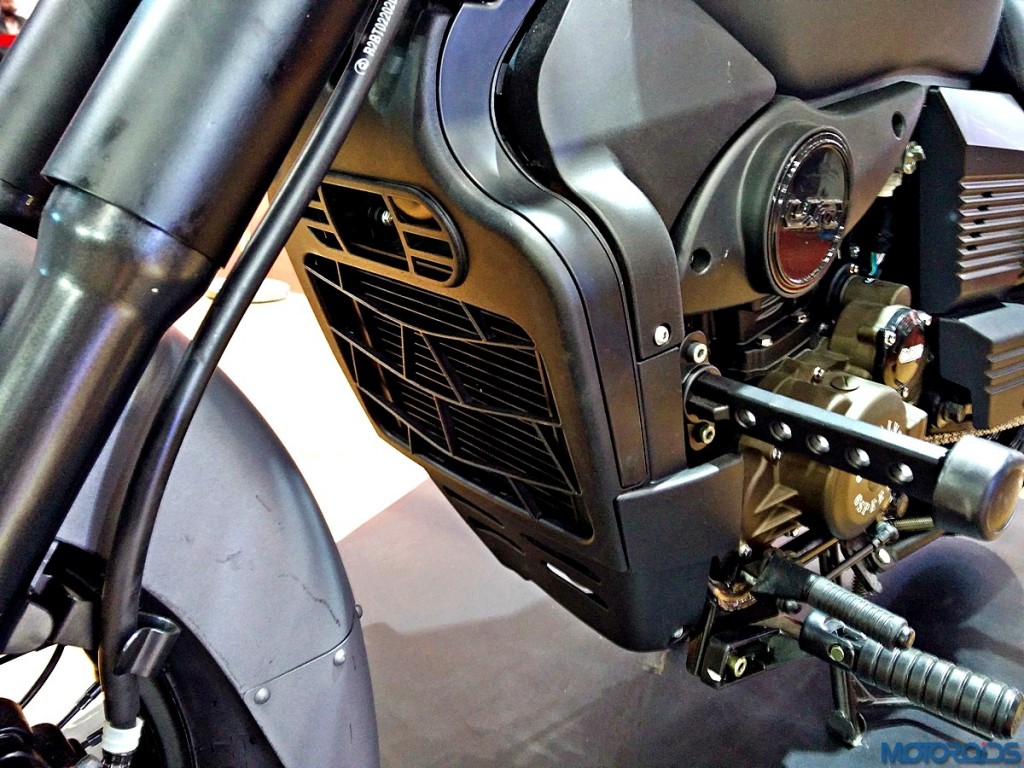 The liquid cooled engine’s radiator gets a stylish cowl, and the crash bars have holes in them, keeping in line with the raw, industrial theme. 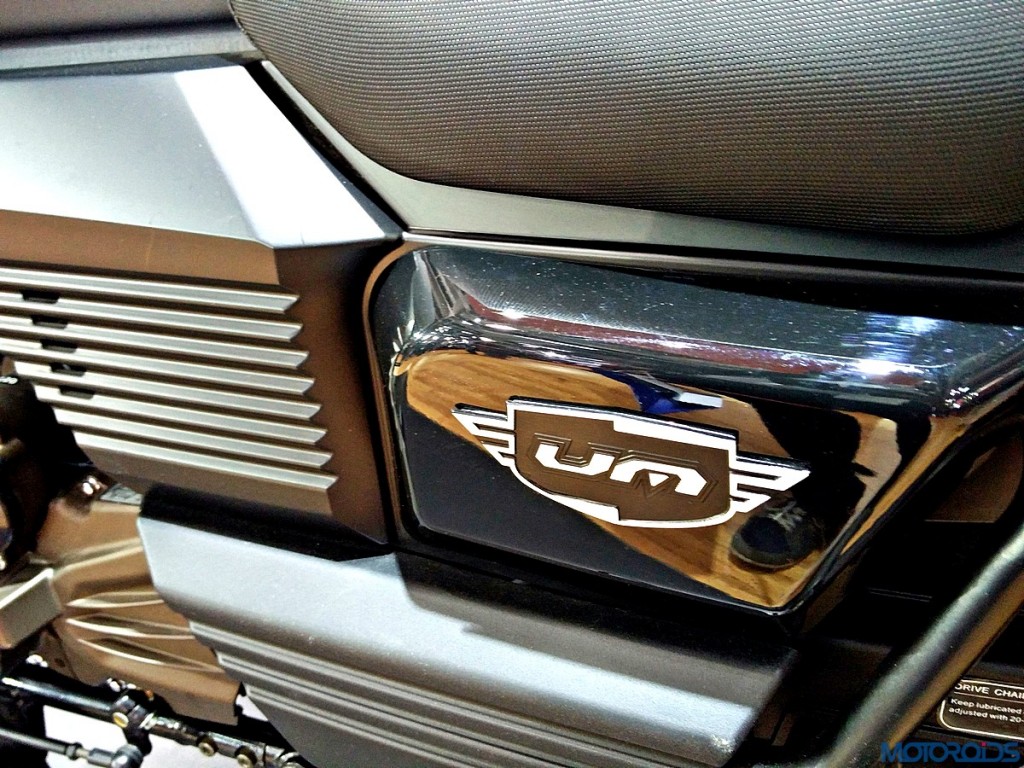 The massive side panels sport the UM logo and feature a horizontally ribbed pattern. 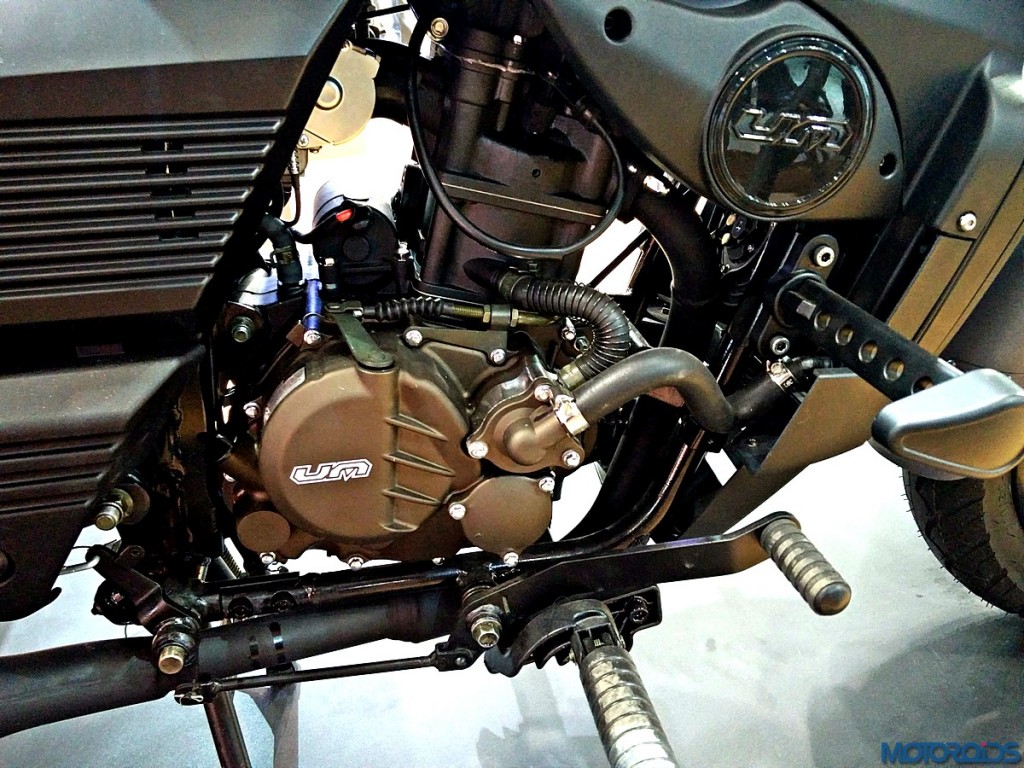 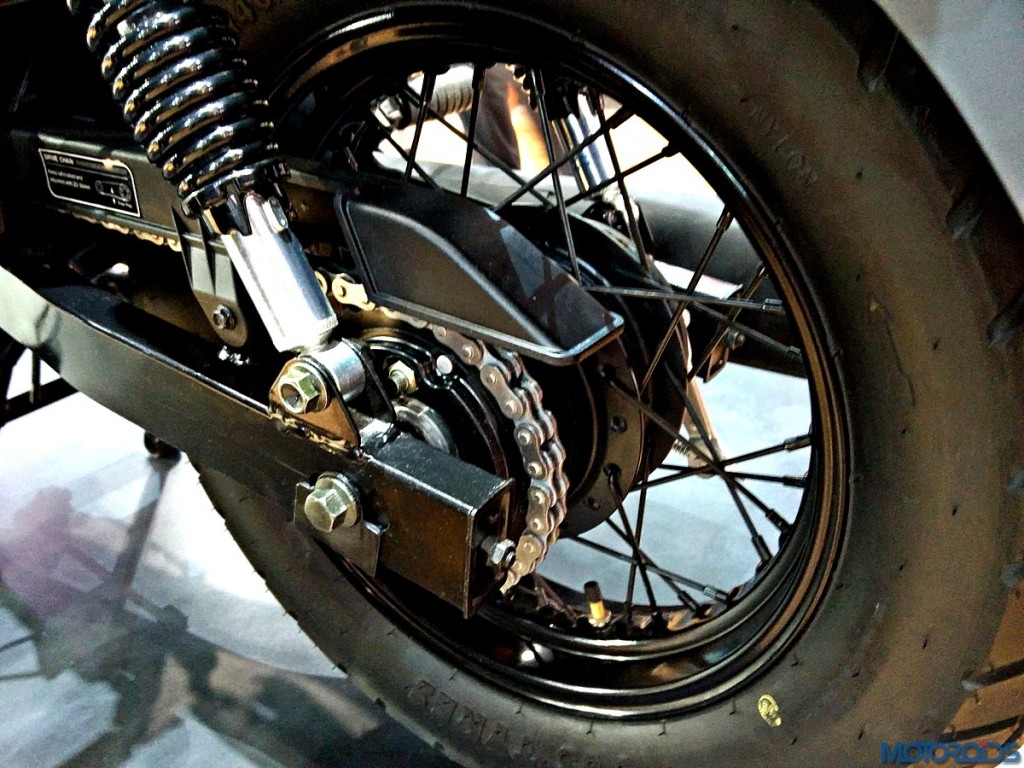 At the back, there’s a box section swing-arm supporting a pair of conventional springs, while the rear tire (140/90) is wrapped around a 15″ spoke rim hosting a drum brake. 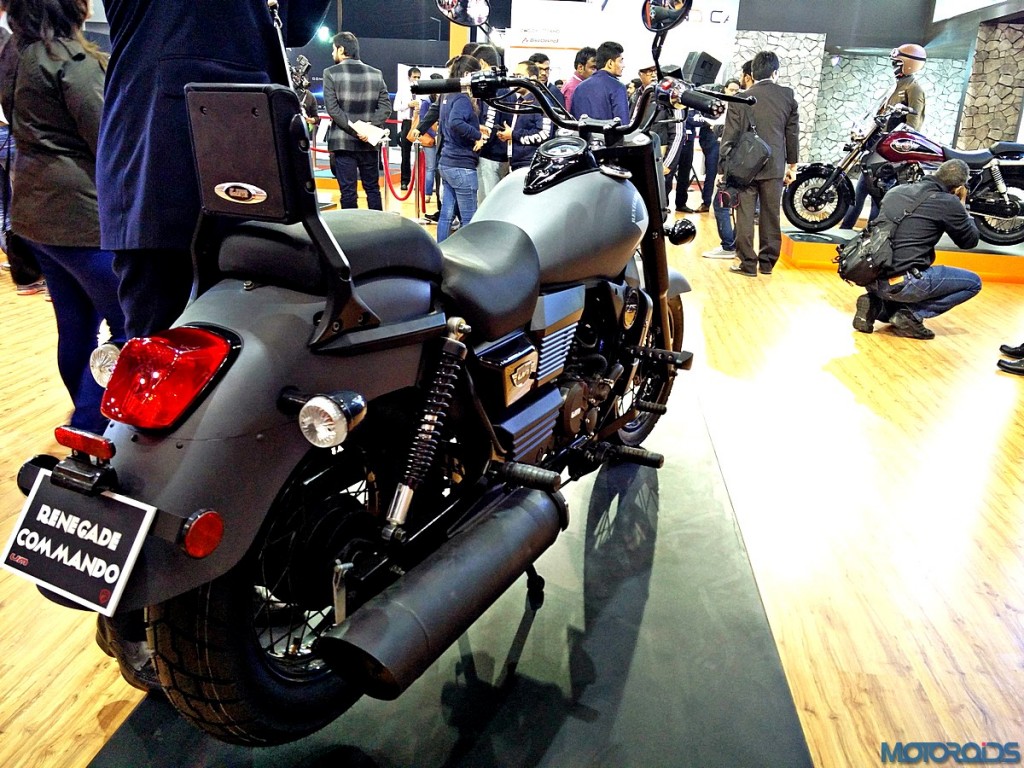 The matte black finished exhaust lacks finesse, and the rear end showcases nothing out of the ordinary.

Switchgear quality is just about acceptable, and the chrome rings around the handlebar grips look tacky. 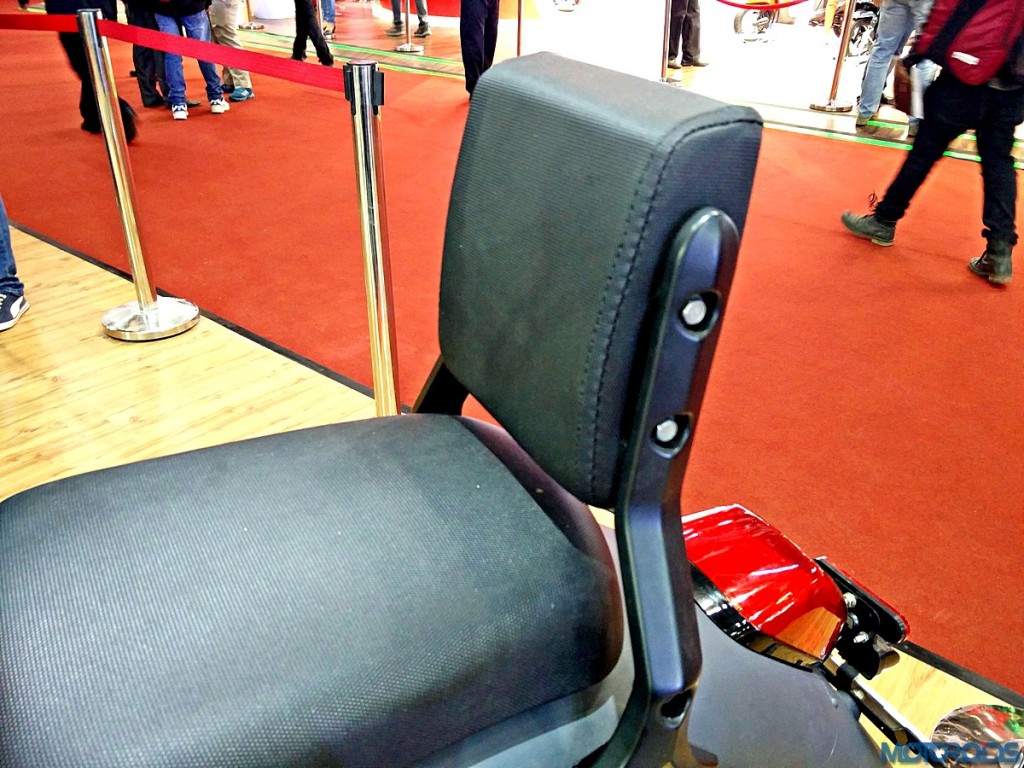 The backrest for the pillion rider is as square as it can get, but the split seat looks comfortable enough. 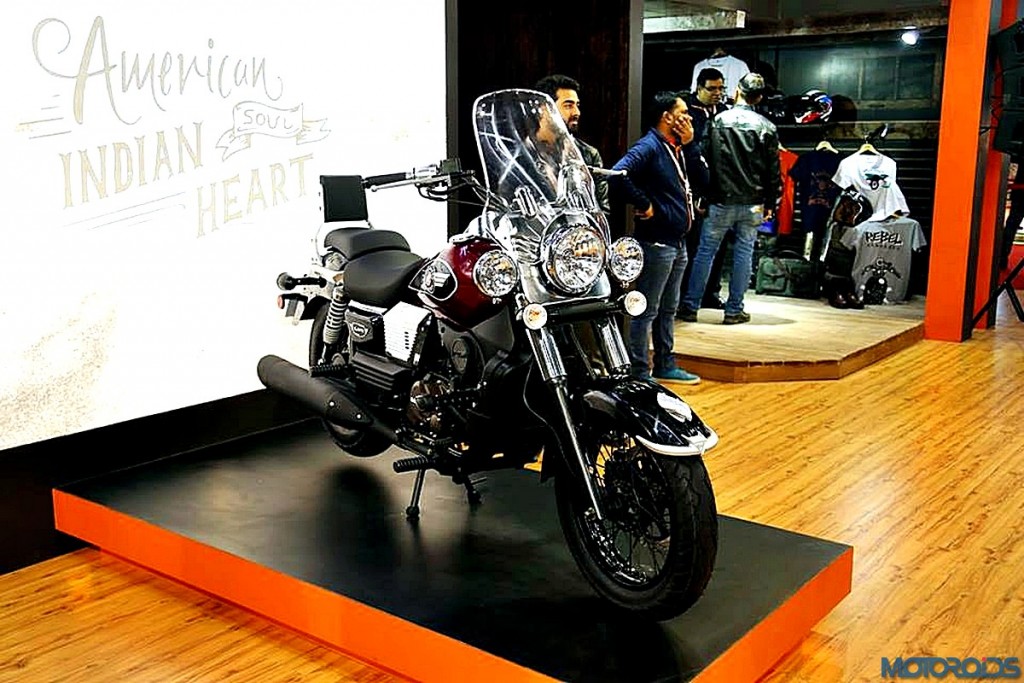 The chrome heavy Commando Classic has also been launched at INR 1.69 lakhs. Both motorcycles are technically identical, and even weigh the same at 172 kilograms (dry), apart from ornamental differences. Here are the key visual differentiators between the standard and the Classic models: 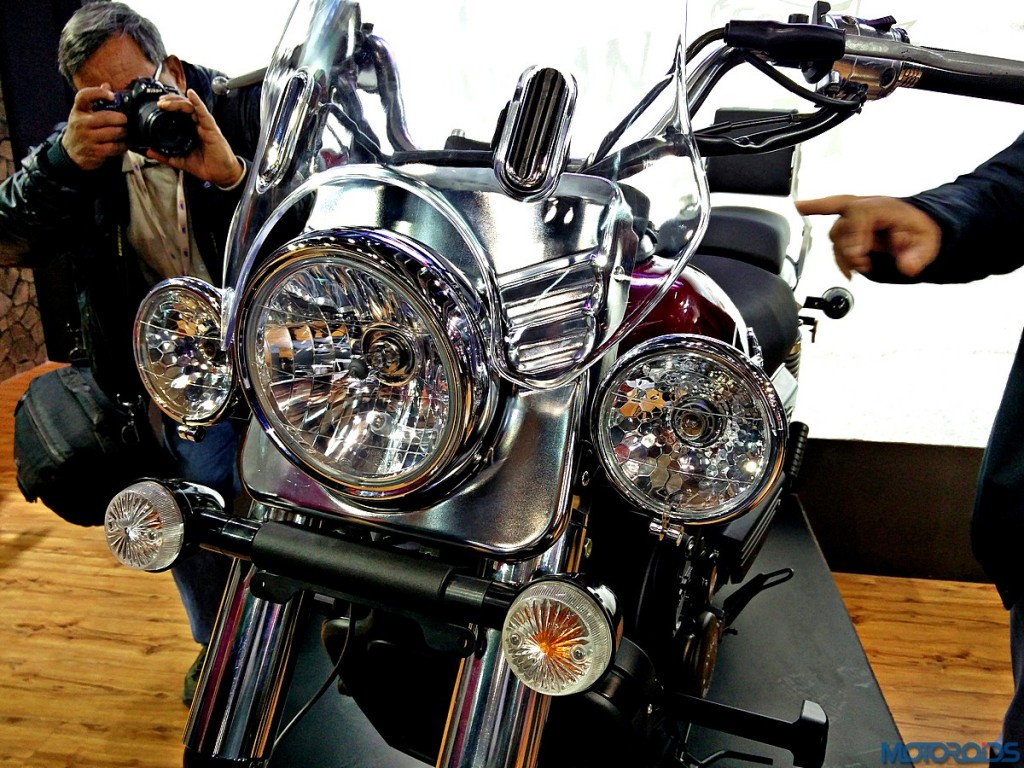 Up front, a pair of auxiliary lamps, a windscreen and thick coats of chrome in most places separate the Classic from the standard model. 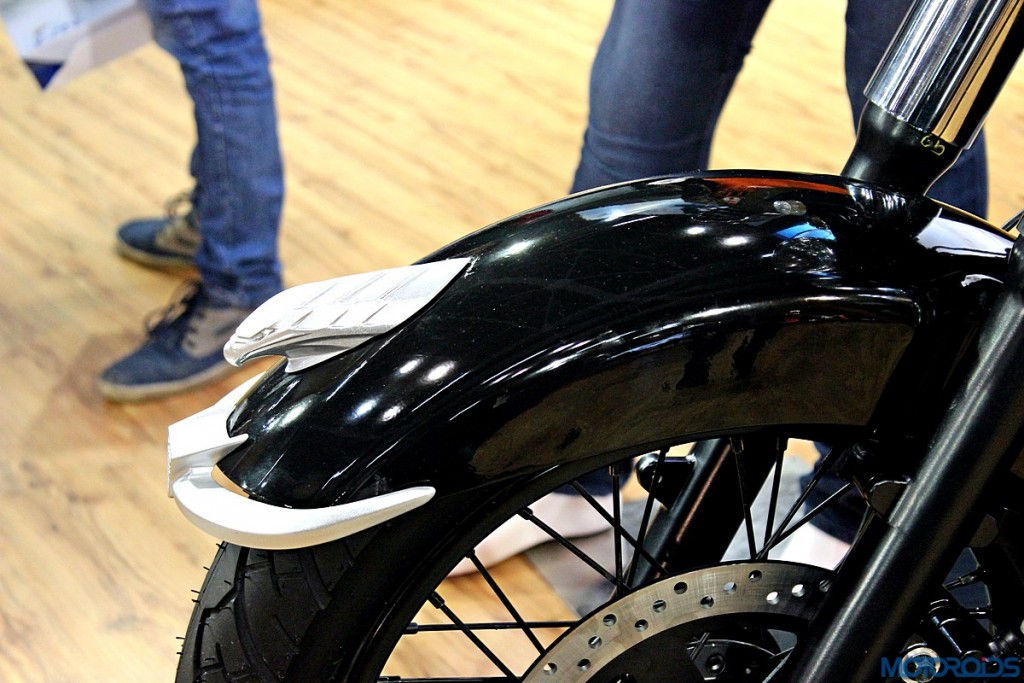 Over the regular Commando, the Classic’s front mudguard gets a bald eagle headpiece. Surprisingly, somebody forgot to dip it in chrome. 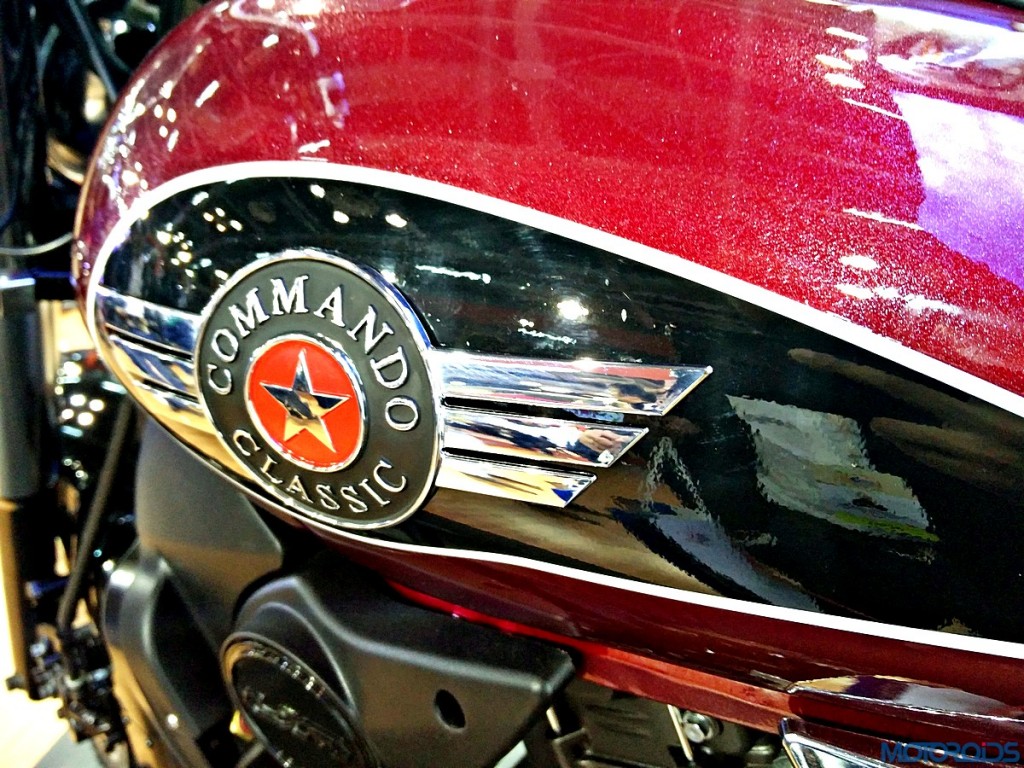 The Classic gets an embossed logo on the tank; unlike the Commando’s stickers. If the Commando were a lieutenant commander, the Classic is the captain. 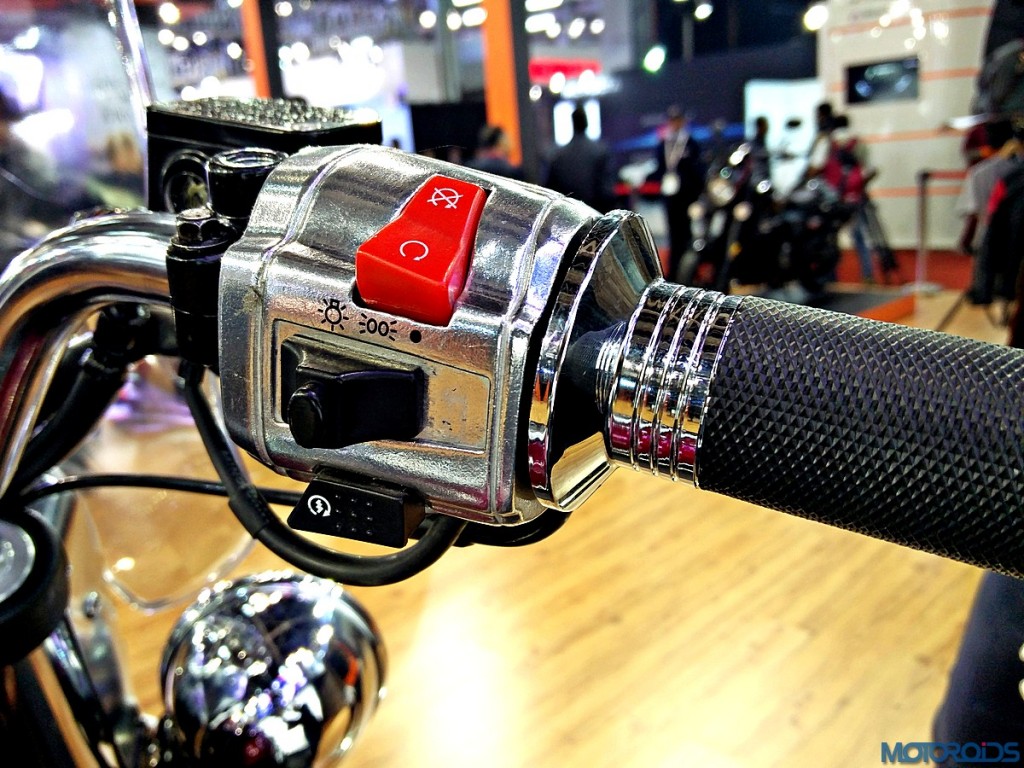 The Classic just ordered extra chrome on its switchgear and levers. 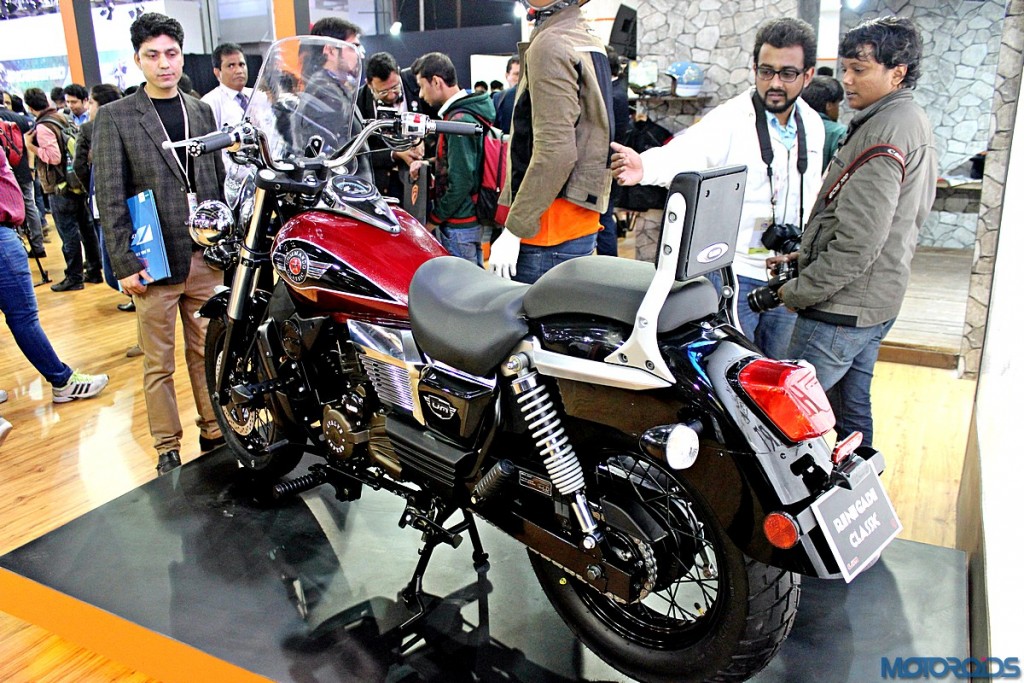 Other differentiators over the standard Commando include chrome finished side panels, dull silver inserts and white rear springs. 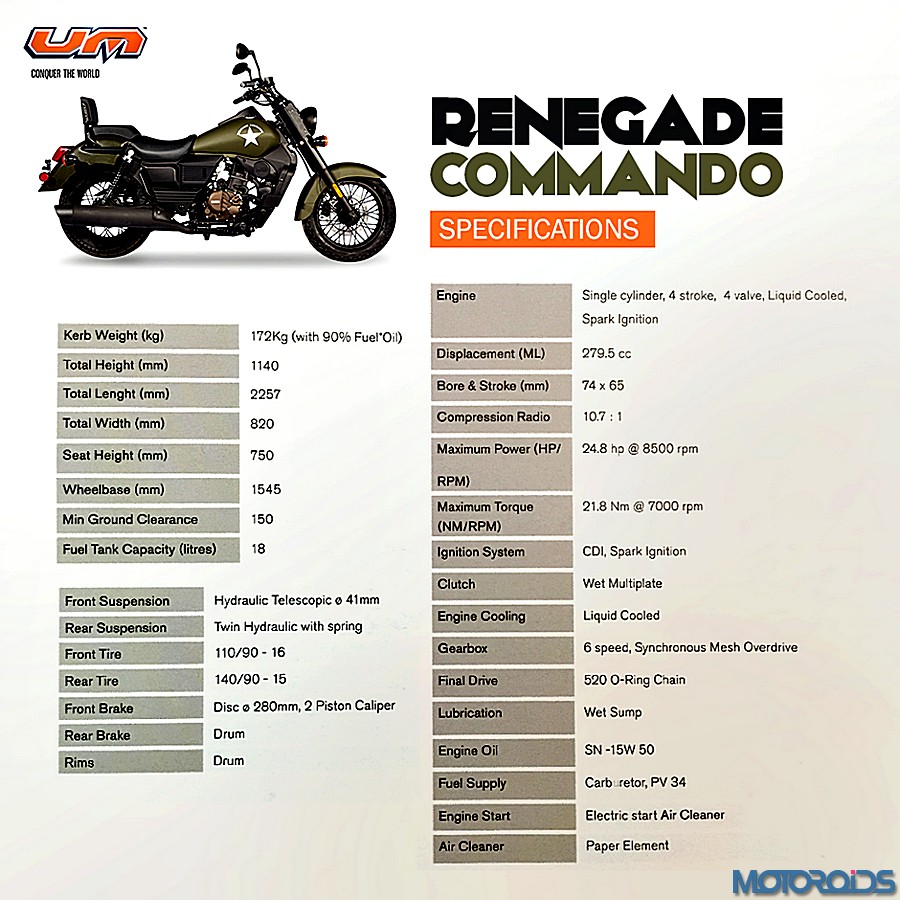