Home Auto and Motor Shows Auto Expo 2016: Nissan X-Trail Hybrid unveiled, to be launched by end of the year 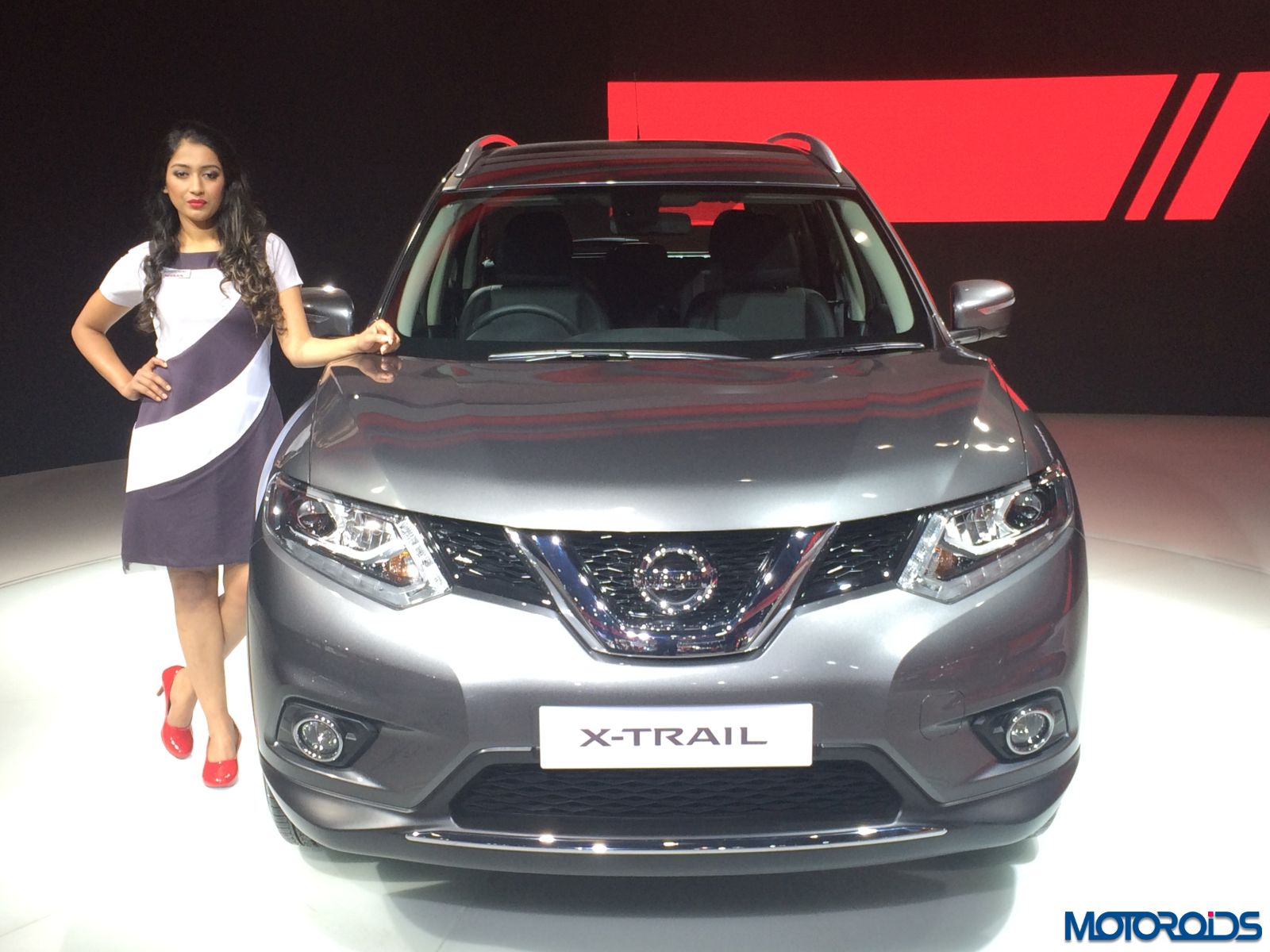 The Nissan X-Trail Hybrid made its India debut at the 2016 Auto expo held in Delhi alongside the Nissan GT-R. Previously, the X-Trail was launched in the Indian markets and brought to local shores via the CBU route, but was later withdrawn due to various reasons. The Hybrid variant is the third generation X-Trail and is one of the two all new products that the company plans to launch in India in the year 2016. 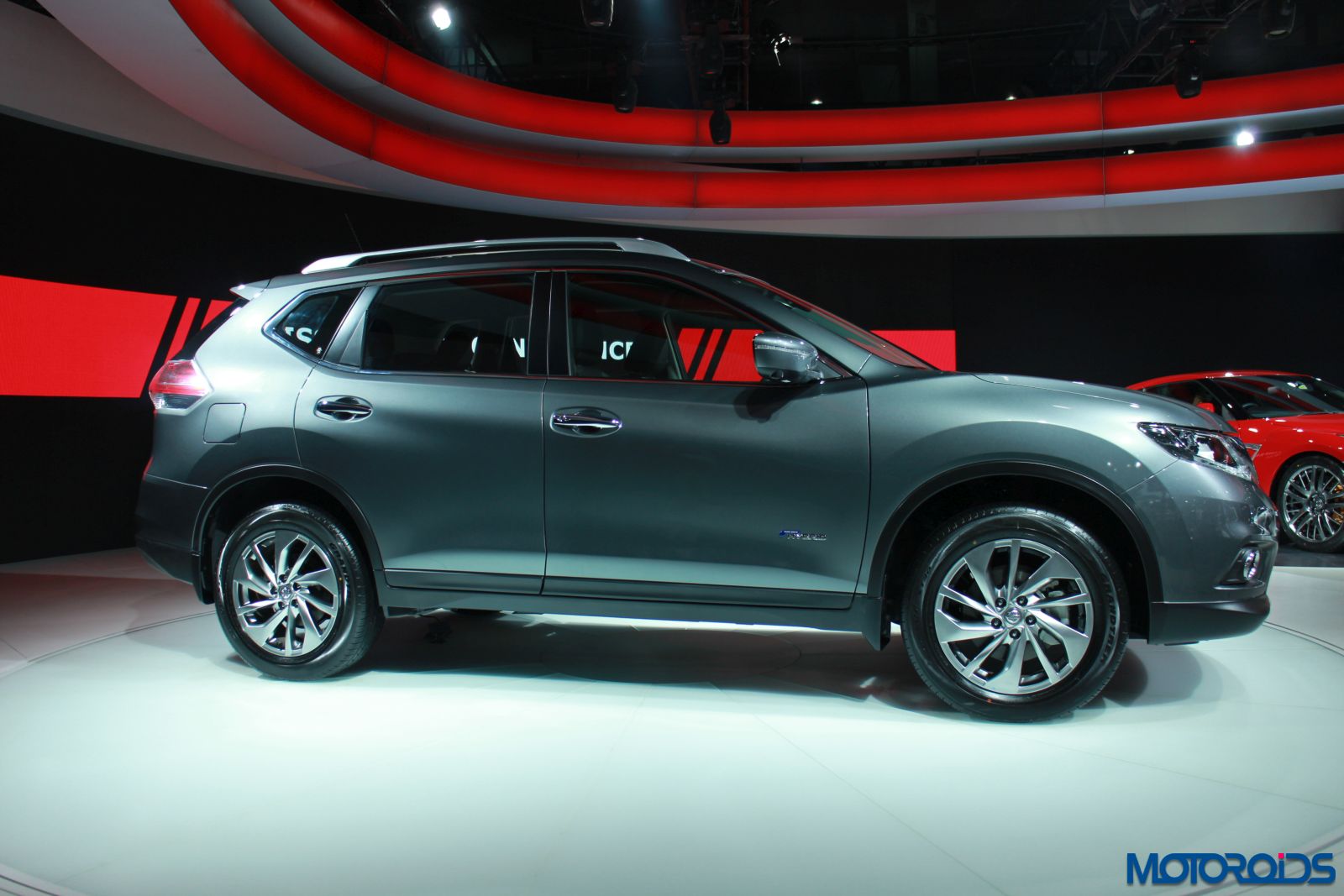 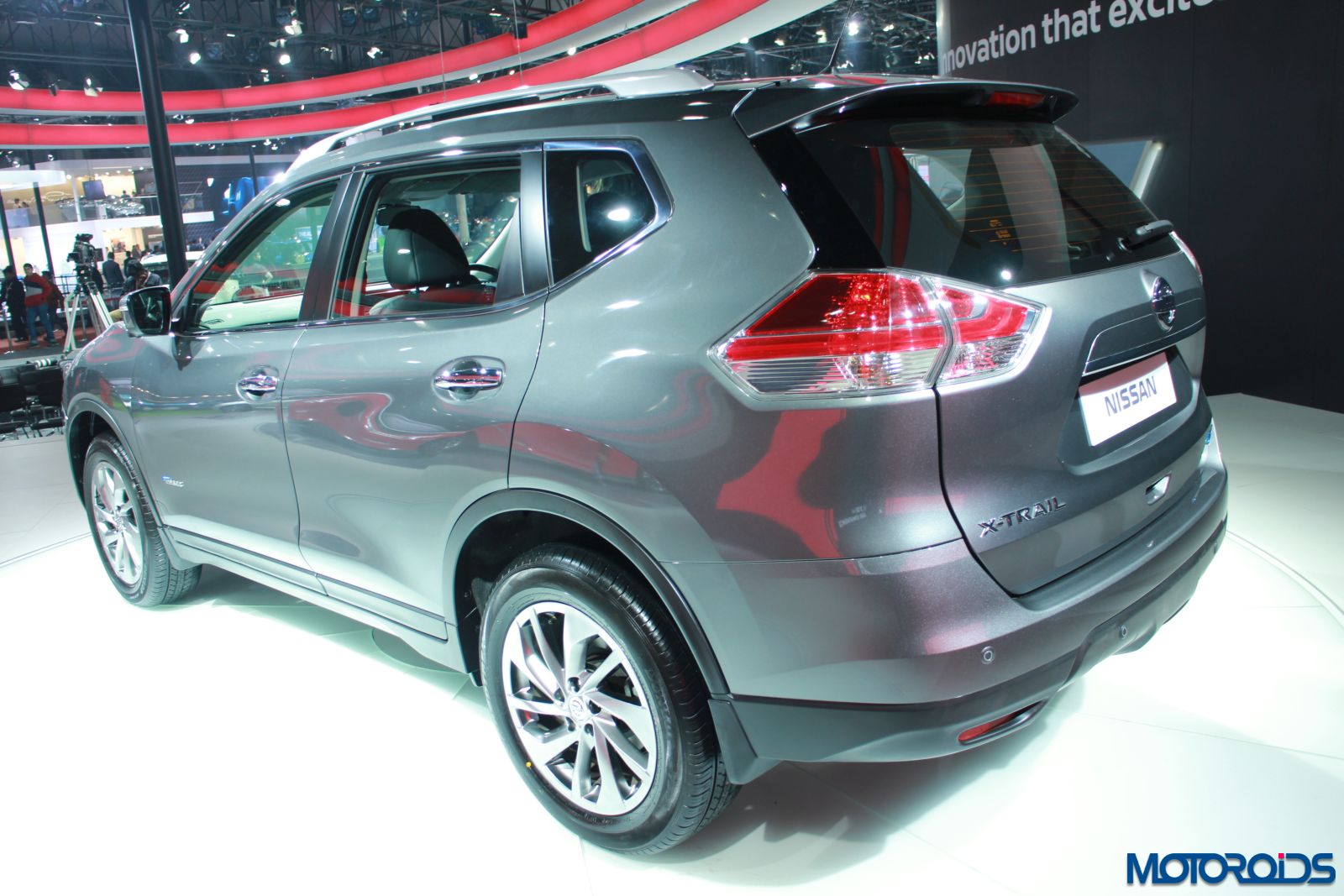 The front fascia of the X-Trail Hybrid features a V shaped chrome slat with the Nissan logo in between and a honeycomb grille at the back. The headlight cluster includes a single projector headlamp above the DRL. Coming down, the fog-lamps are chrome tipped and sit beside a honeycomb grille flanked by a chrome slat below it. The posterior of the car seems to have gone on the heftier side while the alloys get a 5 twin spoke design. 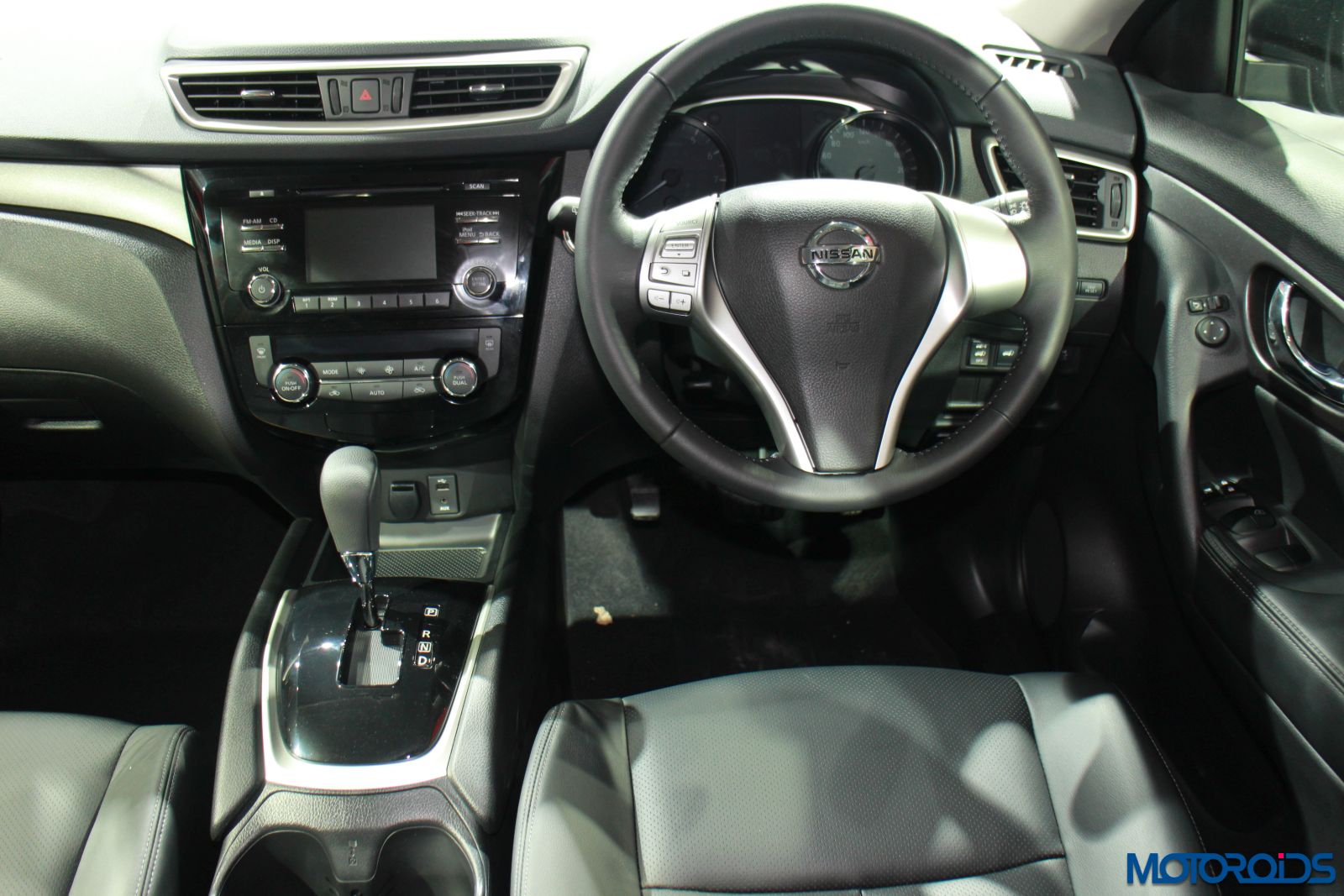 On the inside, the conventional dual tone interiors are replaced by a single tone interior in a shade of grey. The centre console gets a piano black finish which can also be seen on the gear lever panel. Some other features on this SUV include climate control, a 3 spoke steering wheel, a semi analogue instrument display with the dual pods displaying the speedometer and the tachometer. Sitting between them is a digital display that will show other driver related information. Second row gets its set of dual AC vents that is placed behind the arm rest of the first row. 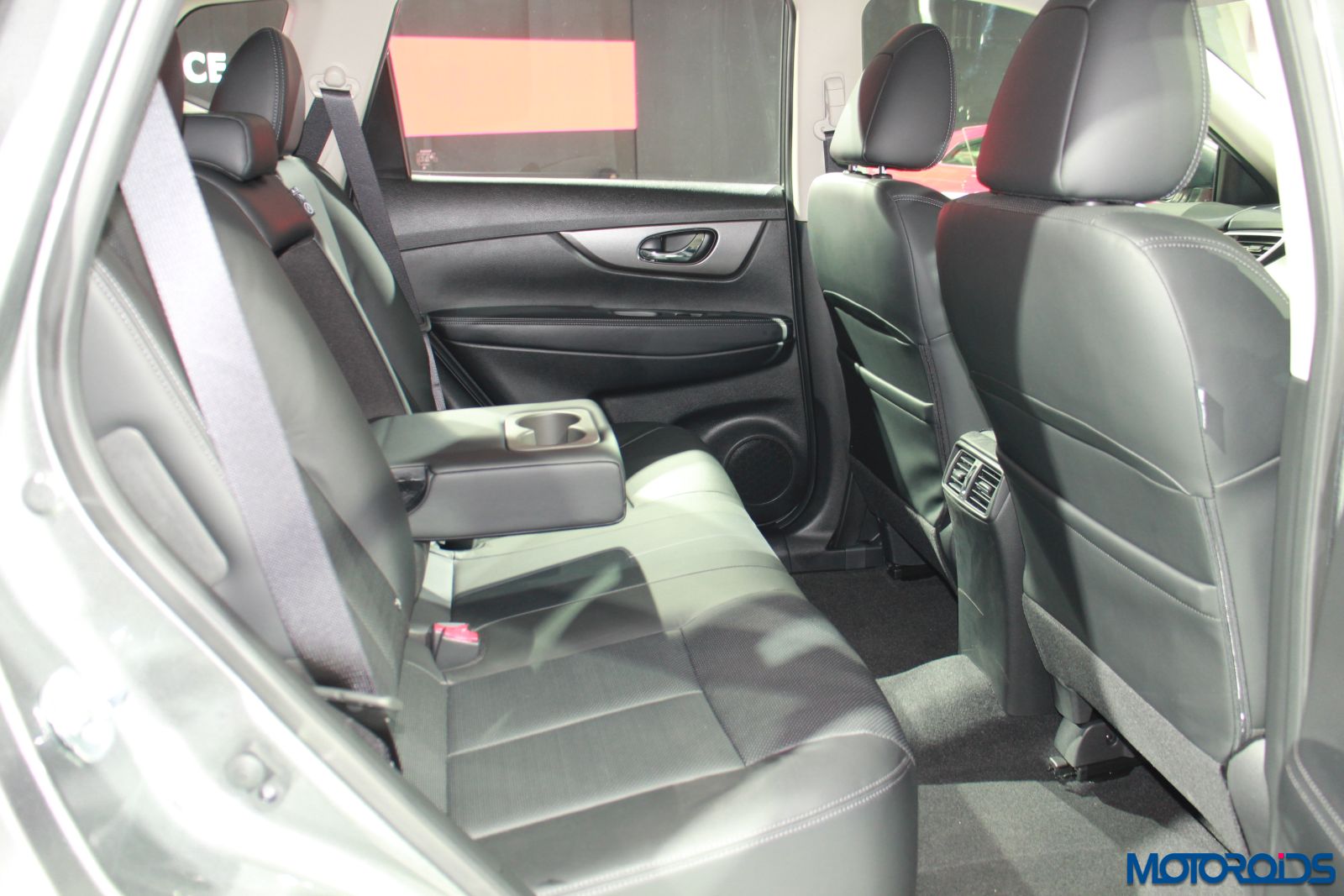 Speaking on the occasion, Guillaume Sicard, President, Nissan India Operations, said, “Bringing these two standout models to India shows Nissan is a brand going places. Nissan GT-R and X-Trail Hybrid each have their own strengths as great examples of Nissan engineering and technological expertise, and embody our brand promise of ‘Innovation and Excitement’. Having created a strong foundation for success by building our local presence and extensive retail network, we are now introducing a wave of dynamic and exciting products through the mid-term that will draw fresh eyes to our brand.” 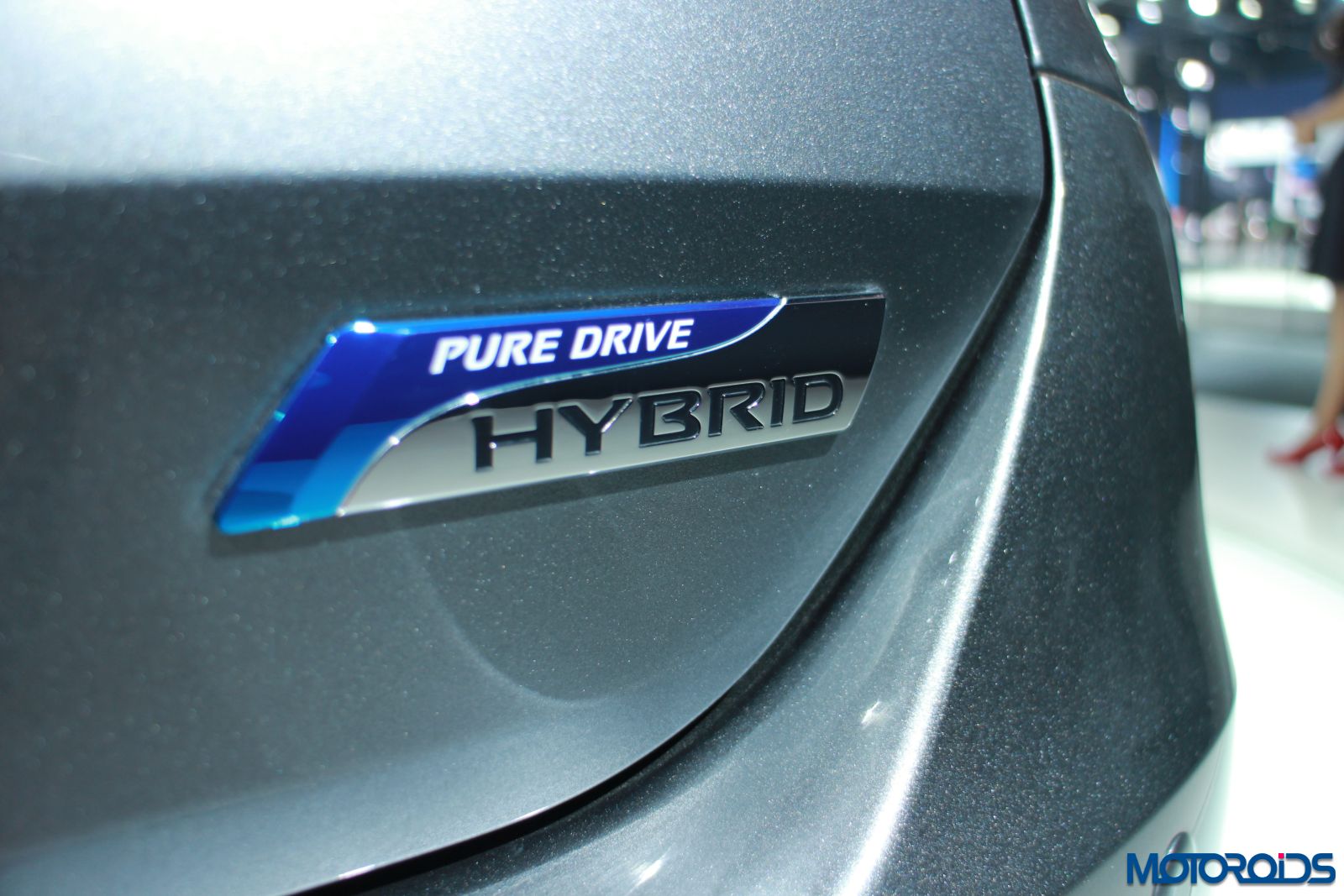 Talking about the dimensions, the Nissan X-Trail Hybrid measures 4,640 mm in length, 1,820 mm in width and 1,715 mm in height, and has a wheelbase of 2,705 mm. The SUV is based on Nissan’s CMF (Common Module Family) platform and would come with a 5 seat setup. The X-Trail Hybrid will take on the likes of the Honda CR-V and the Hyundai Santa-Fe. The X-Trail Hybrid is anticipated to come with a price tag of about Rs. 30 Lakh by the end of the financial year.

What are your views on this Hybrid SUV from Nissan? A yaay or a naay for the X-Trail Hybrid? Tell us your views through the comments section below.

Following is the Image gallery for the Nissan X-Trail Hybrid: