Apart form the Mahindra TUV Stinger Concept, the Indian automobile’s manufacturer had another model which grabbed a lot of eyeballs at the 2018 Auto Expo in Delhi. The model in question is the Mahindra KUV100 Xtreme, a modified version of the standard model done up by Mahindra Customization, an in-house brand of the company. 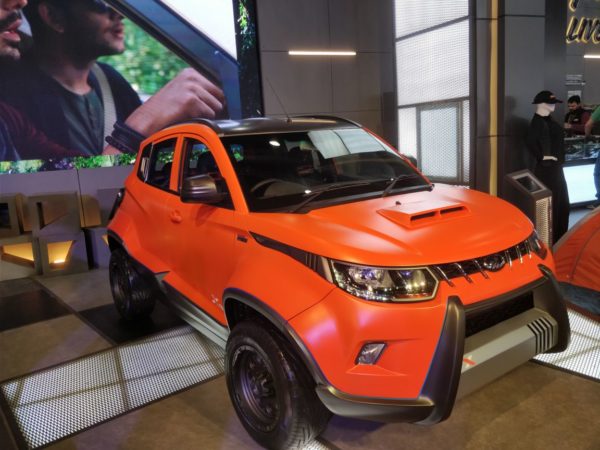 The Mahindra KUV100 Xtreme will cost INR 3.2 lakh, excluding the price of the donor car.

Official details are scarce at the moment although officials at the Mahindra pavilion revealed that the model is available on a made to order basis. 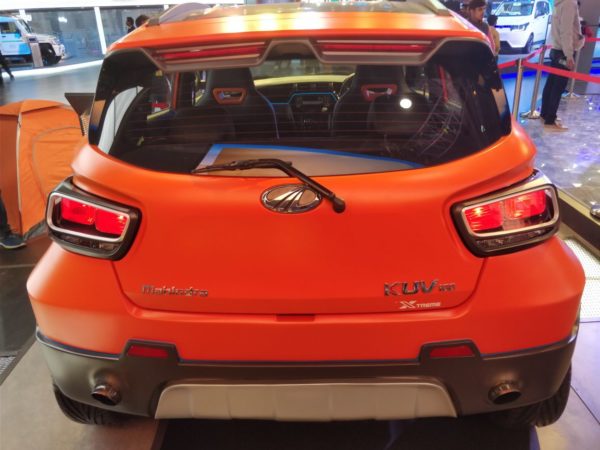 Finished with a custom paint job of matte orange, the Mahindra KUV100 Xtreme features a new muscular looking bumper with a silver skid plate and the ‘X’ logo and an air intake up-front. On either side, the model receives contrasting matte grey coloured ORVM’s, flared wheel arches, blue accents between the under cladding and the wheel arches, new wheels wrapped in larger tyres while the roof too gets a matte grey finish. At the rear, the tail light housings receive a make over and also come equipped with new matte grey panels, a new bumper with a twin exhaust setup and a customized high mounted stop lamp.

Engine specifications remain unchanged and hence the Mahindra KUV100 Xtreme can be had with a 1.2-litre petrol engine or a 1.2-litre diesel engine.  The former is capable of producing 82 bhp and 115 Nm of torque while the latter produces 77 bhp and 190 Nm of torque. Transmission duties on both the variants are taken care of by a five speed manual unit. 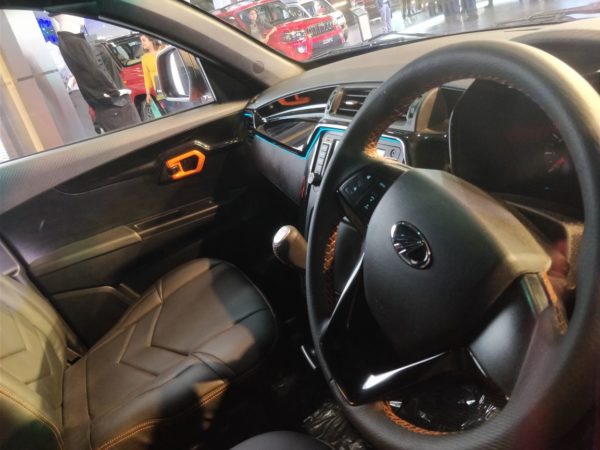 Inside, the Mahindra KUV100 Xtreme comes equipped with custom orange door handles, leather upholstered seats with an ‘X’ emblem on the headrests, contrast orange stitching for the steering wheel and gear lever, a neon blue strip running the length of the dashboard,