For starters, this isn’t an official Bajaj prototype but given that the KTM 390 Duke already gets a TFT display, we might also see one on the Dominar 400. But that’s some time away. Meanwhile, Aurangabad-based Varroc Group showcased a prototype TFT screen for the Dominar 400 at the 2018 Auto Expo Components Show at Pragati Maidan, New Delhi and it looks quite desirable.

Apart from the regular ride related information, the prototype TFT screen is designed to display smartphone related features such as music and navigation. Similar to the KTM 390 Duke, this prototype display should also display the caller information and an option to “Answer” or “Reject” phone calls using the switchgear. The dual-tone finish with brushed aluminium borders looks pretty solid in the photographs although we could not see the setup in person as we were busy bringing you all the LIVE updates from the 2018 Auto Expo. 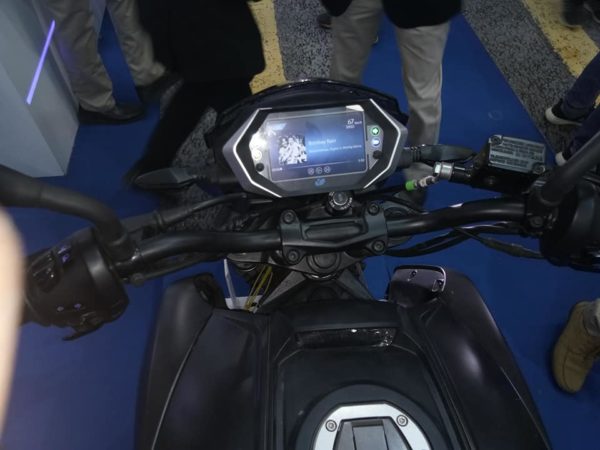 We stumbled upon these images on the Bajaj Dominar Owners group on Facebook.

The TFT display, as aforementioned is still in prototype stage so if you were planning to buy one, you’d probably have to wait for quite some time. Will Bajaj introduce a TFT display on the Dominar 400? There are NO plans at the moment but given that we’re a bunch of optimistic folks, we hope to see one in the next generation models.