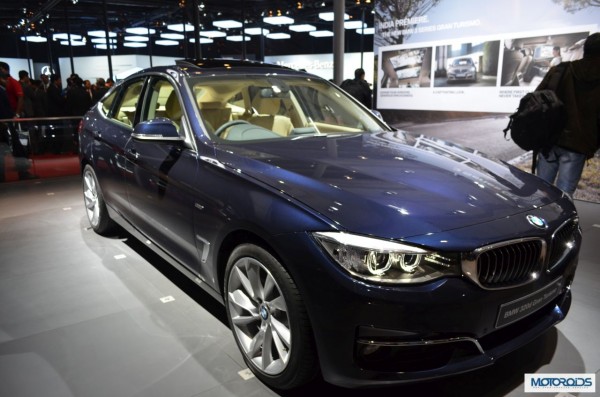 We are reporting LIVE from  Auto Expo 2014  and the new BMW 320d Gran Turismo has just been launched in India at a price of INR 42.75 lakhs. Locally produced at the BMW Plant Chennai, the all-new BMW 3 Series Gran Turismo will be available at BMW dealerships across the country from March 2014. 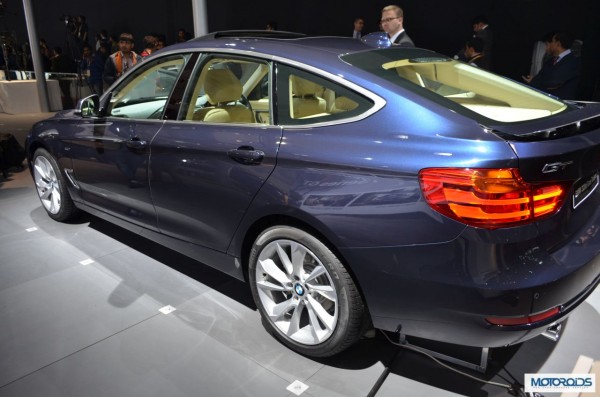 The new BMW 3 series GT is essentially a longer, wider and taller version of the 3 series that promises the interior space of a 5 series, the versatility of an X3 and the relative compactness of a 3-series saloon. Also, the wheelbase of the BMW 3 Series GT is 110mm longer than the saloon, which translates to much more legroom for the rear seat. he boot opens like a notch-back and is also bigger and electrically operatable. The rear seats can be split 40:20:40 and folded down to increase the already sufficient boot space to a enormous 1600 litres.

Among the new features introduced for the all-new BMW 3 Series Gran Turismo is the active rear spoiler, which is automatically deployed at 110 km/h and retracted at speeds below 70 km/h. When deployed at high speeds, the spoiler increases downforce on the rear axle and ensures perfect directional stability when driving fast. As a positive side-effect, the spoiler also enhances aerodynamics and reduces the drag coefficient. 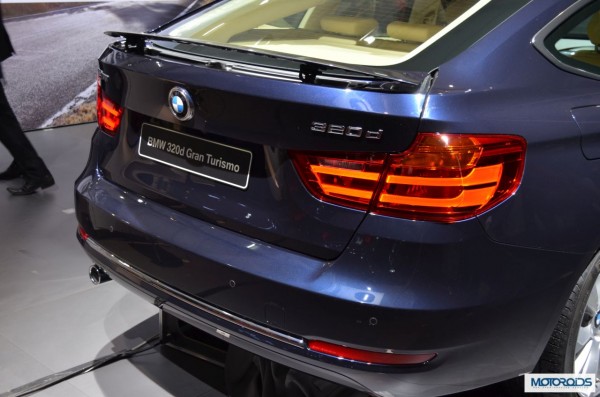