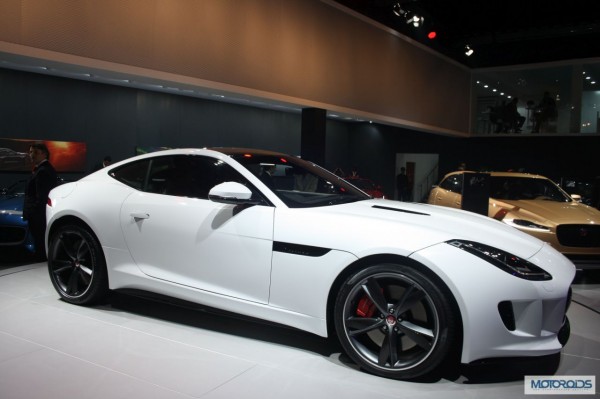 The Jaguar F-TYPE Coupe was unveiled by India’s racing driver, Narain Karthikeyan at the Auto Expo 2014. The Jaguar F-Type Coupe made its public debut LA Auto Show and Tokyo Motor Show in November last year. The car will be officially launched in India sometime later this year. The Jaguar F Type R variant is powered by a 5.0 litre, superchargerd engine that has a max power of 550 PS and peak torque of 680 Nm.

The F-Type Coupe R is capable of hitting 100 km/h from standstill in 4.0 seconds and has a top whack of almost 300 km/h. The less powerful, non-R variants are powered by a 3.0-liter supercharged V6 engine that is available in two states of tune- 340 PS and 380 PS. 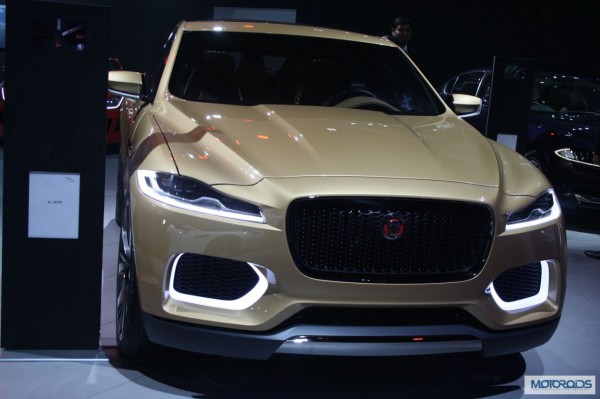 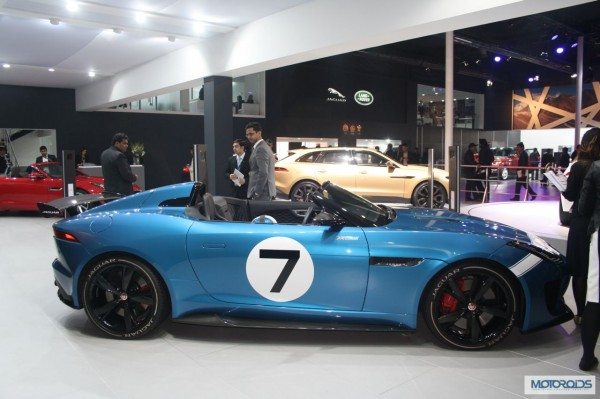 “We are here in India to showcase the very latest offerings from our two great British brands. India continues to be an important and dynamic market for Jaguar Land Rover with year on year sales growth. This demonstrates that we are delivering our promise to create exciting products and unrivalled customer experiences. We aim to enhance the potential of the Indian market by growing our dealer network by 25 per cent this year and will now manufacture our flagship model, the Jaguar XJ, in Pune”.

Today, the company confirmed that Jaguar’s flagship model, the XJ, would become the third model to be made at the firm’s local manufacturing facility in Pune, following the introduction of the Land Rover Freelander 2 in 2011 and Jaguar XF in 2013.

Check out the image gallery of the Jaguar F-Type Coupe, C-X17 and Project 7 from the 2014 Auto Expo below