German luxury carmaker, Audi has teamed up with Sony Pictures Entertainment to promote its futuristic all-electric car in the upcoming Spiderman movie. The Audi e-tron GT was last seen in Avengers Endgame and was driven by none other than Tony Stark / Robert Downey Jr. The “Spider-Man: Far From Home is the latest instalment in the Spiderman solo movie series. The movie also includes other Audi vehicles like the all-new Audi A7 and Audi Q8. Have a look at the teaser below:

This latest digital teaser is titled “Science Fair” and it features Peter Parker (Tom Holland) and his best friend Ned (Jacob Batalon), who are facing serious competition at the school science fair. Even though the two characters are talented enough to build their own prototype, they ran out of time and the electric motor that they made wouldn’t make much of an impression. So, to increase their chances of winning the competition, Peter Parker arranges a last minute call to the Audi headquarters to ask for the Audi e-tron GT concept, which is the perfect example of the small powerful motor they made for their project. 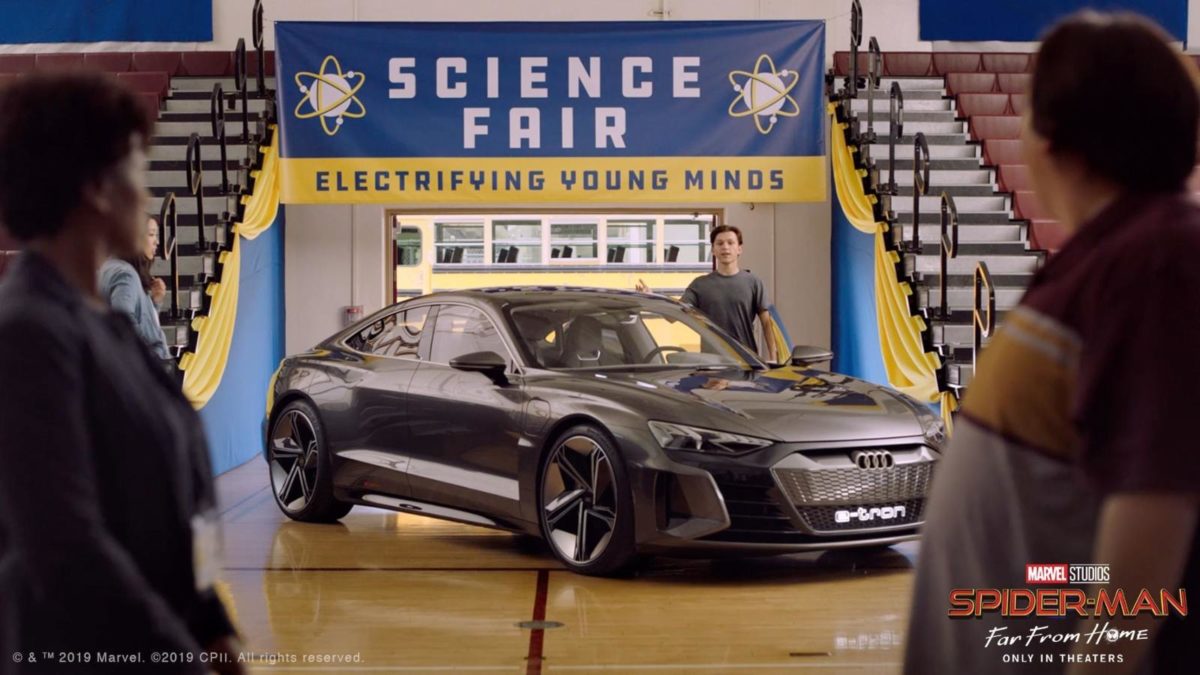 This video clip is pretty realistic to the original movie that you might actually get the impression that it is an unreleased scene or an extra clip from the movie. For Audi, appearing in a movie is nothing new as their cars have already been a part of the Marvel Cinematic Universe. Several Audi models such as the R8, A7, Q5, Q7 and even the Q4 e-tron have already been a part of the Marvel movies like Iron Man, Avengers, and Spider-Man: Homecoming. After Ironman’s demise, Peter Parker/Tom Holland will now be the flag-bearer for Audi, as the new e-tron GT, along with other Audi models will appear on the big screen along with the friendly neighbourhood Spiderman. 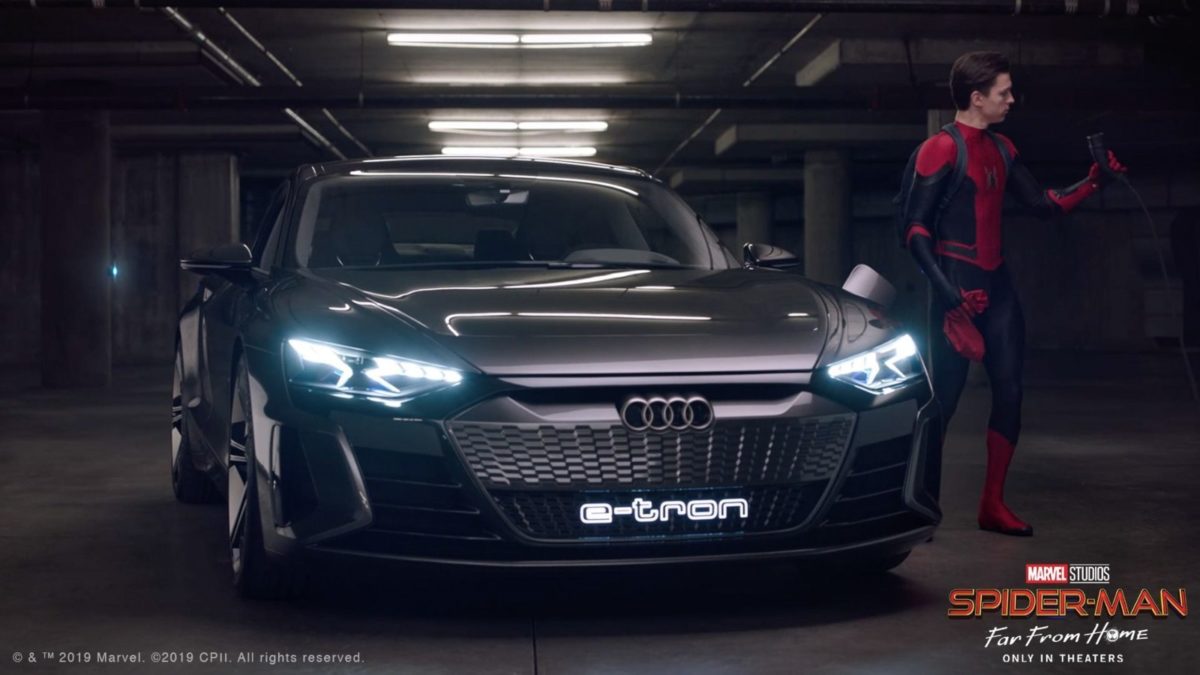 “Product placement is an important part of our marketing strategy at Audi. The collaboration with Sony Pictures Entertainment and Marvel Studios gives us a great opportunity to present our brand in a truly spectacular way,” explains Sven Schuwirth, head of digital business and customer experience at Audi. “Films like Avengers: Endgame or Spider-Man: Far From Home attract a great deal of attention, and that allows us to reach a large audience of fans, customers and potential customers.” 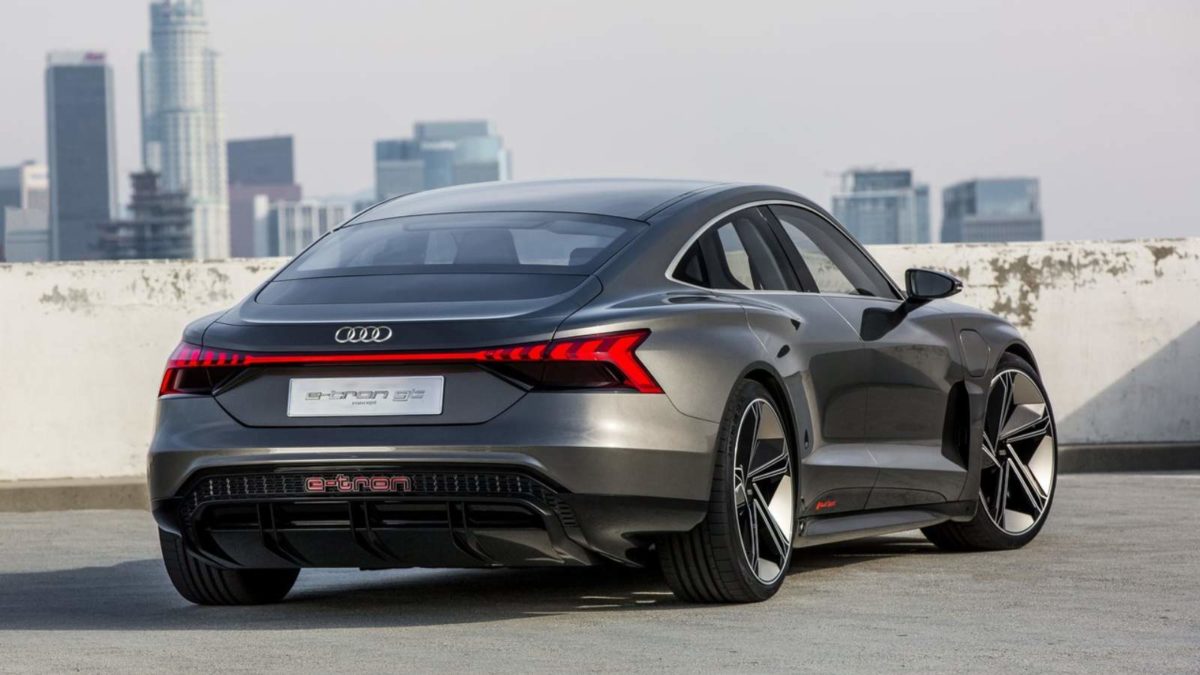 “Teaming up with Sony Studios gives us an ideal opportunity to stage Audi´s electric offensive in a spectacular environment and to customize this important technology for a highly engaged audience. Therefore product placement plays a significant role in our new brand strategy“, said Sven Schuwirth, Head of Brand Audi, Digital Business and Customer Experience at AUDI AG.