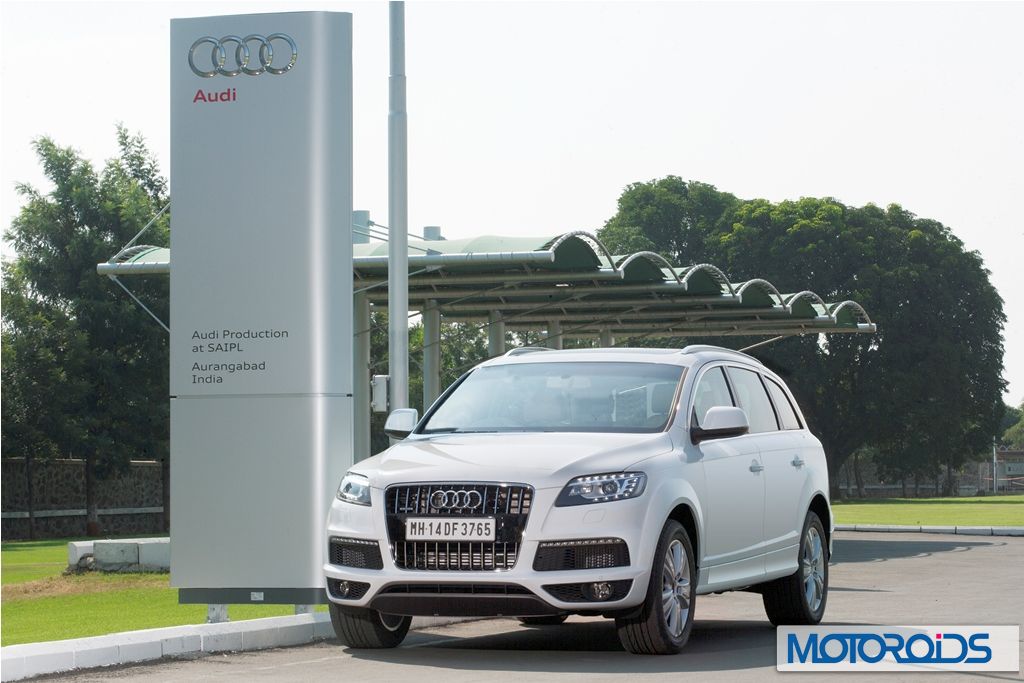 Buoyed by the sales of its big Q7, Audi has started production of the Q7 luxury-class SUV at its Aurangabad plant. The plant should be able to build upto 1000 units of the each year to supply the Indian market. The Q7 is the fourth model to be produced locally by Audi, following A4, A6 and Q5.

The Audi Q7 will be produced in a newly constructed hall at the group plant Škoda Auto India Private Limited (SAIPL) in Aurangabad. Production of the Audi Q3 in the new Audi hall, which covers a floor area of 20,000 square meters (215,278 square feet), is also planned from mid-2013. 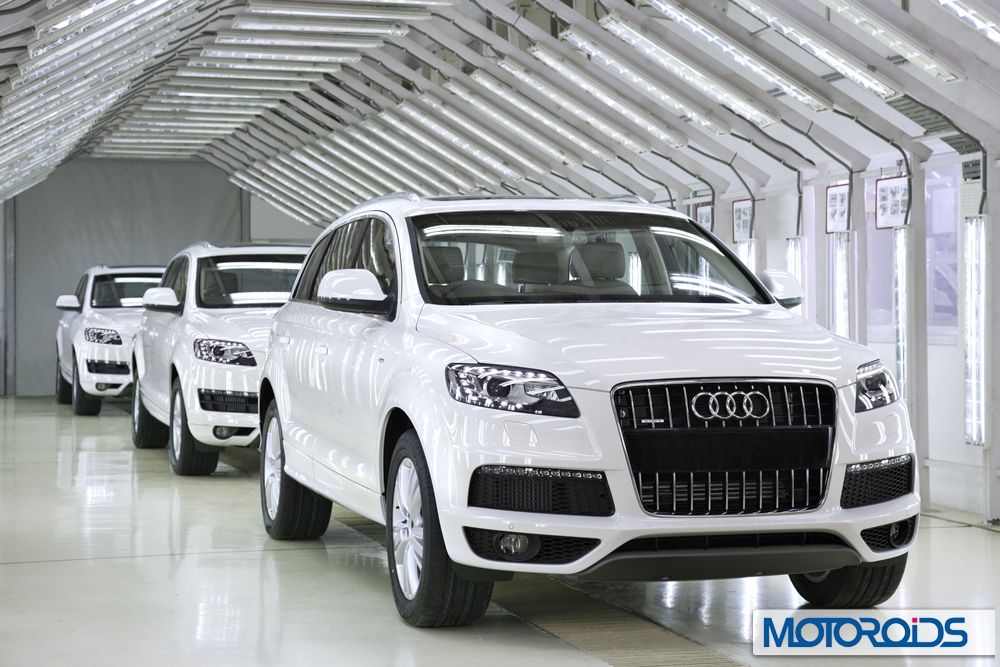 “Local production of the Audi Q7 is part of our long-term growth strategy in India, one of the most promising auto markets in the world,” declared Dr. Frank Dreves, Audi Board Member for Production.

“Local production of the Q7 means Audi India is now building a second Q model locally. That will reduce waiting times for our customers and we will be able to offer a wider range of versions in the market,” explained Michael Perschke, Head of Audi India.

Audi has been going frokm strength to strength in the Indian market. The company has been posting impressing sales numbers, and is poised to become the No.1 premium car maker in the country. The Ingolstadt based carmaker has sold 7,273 automobiles in the year 2012. As the company increases its localization content, compatriots BMW and Mercedes-Benz have a reason to worry.