Audi has announced the calender for the 2015 Audi Sport TT Cup. In exactly 100 days from now, the inaugural race of the Audi Sport TT Cup will start as part of the DTM season opener at the Hockenheimring. The selection process for the 18 permanent slots has been nearly completed by now.

“In making the selections, we were spoiled for choice and, due to the high quality, could even have easily filled two fields,” says Project Leader Rolf Michl. “The large number of worldwide applications confirms our expectation that the Audi Sport TT Cup will not only attract huge national but international attention as well.”

A total of 165 applications from 30 nations had been received by quattro GmbH. 18 junior drivers are now about to be awarded a permanent slot in the new one-make cup. From March 2 to 5, the physical foundations for the 2015 season will be laid during a fitness camp in Bavaria, immediately followed by a trip to Spain. At the Circuit de Catalunya in Barcelona the initial track tests will be held for the Audi Sport TT Cup, which will be held as part of six DTM events in Germany and Austria in the 2015 season. 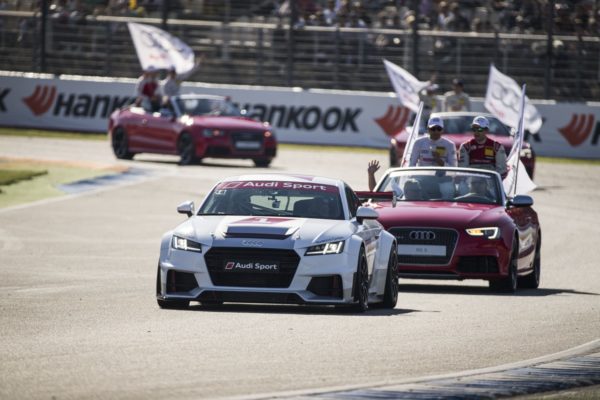 Concurrently underway is the testing and ultimate fine-tuning 228 kW (310 hp) of the Audi TT cup, as well as the preparation of the race cars that are centrally fielded by quattro GmbH in all races. This guarantees maximum equality of opportunities.

The Korean company Hankook is the tire partner of the Audi Sport TT Cup. The first series partners have been determined and an attractive TV and media package is being put together behind the scenes. Discussions with potential guest drivers have begun as well. Six cockpits are reserved for motorsport legends, celebrities and members of the media.